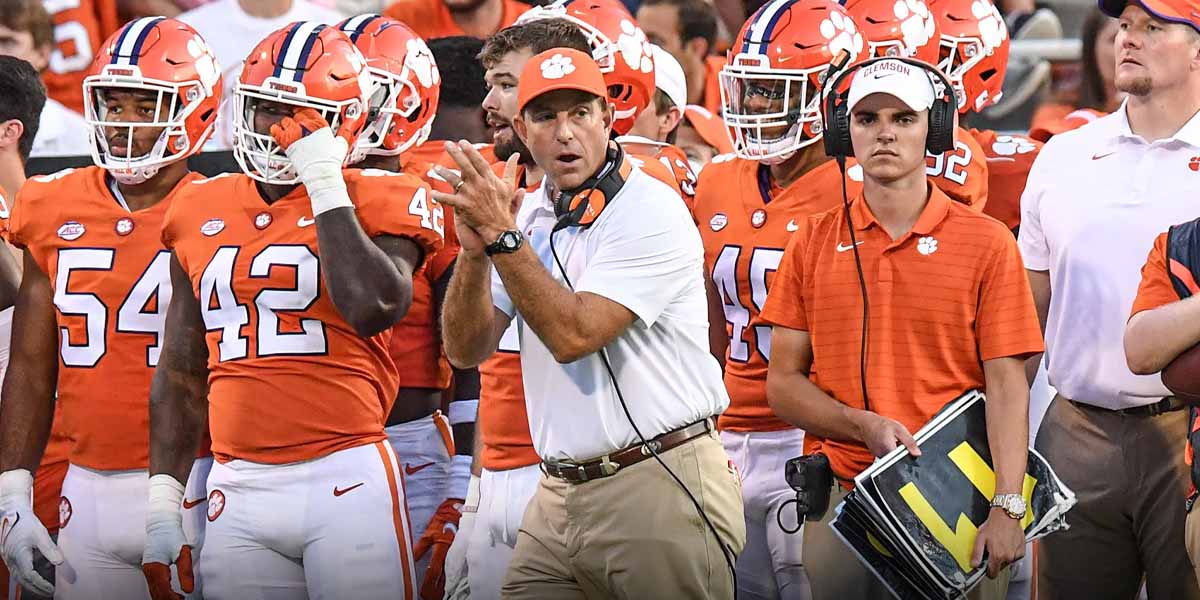 LAS VEGAS - The college football season is just a few weeks in and there have already been some massive upsets and surprise contenders established. Some of the movements in betting lines may interest sports bettors.

The Clemson Tigers have already suffered a loss this season but did so out of conference. The ACC in general has had a tough season thus far and the betting odds with online sportsbooks reflect a conference without a real contender besides the Tigers.

The biggest movers are the Virginia Cavaliers who jumped from +9000 to +4500 and the North Carolina Tar Heels who moved in the opposite direction from +550 to +1500.

The Oklahoma Sooners got back on track with a 76-0 victory in Week 2 and are still considered the top dog in the Big 12.

Both the Iowa State Cyclones and Texas Longhorns suffered out-of-conference losses in Week 2 and saw their odds head slightly in the wrong direction. OU saw their odds get shorter in response to these teams' woes.

The Ohio State Buckeyes lost a big game to the Oregon Ducks but college football betting sites still give the team an edge in the conference, although the gap is closing in.

The Iowa Hawkeyes have one of the better resumes in college football and have closed a ton of ground over the last two weeks. The Penn State Nittany Lions are also firmly in contention.

The Oregon Ducks beat Ohio State in one of the biggest wins of the season. Before the week started, Oregon was sitting at +300 but have since seen their odds get shortened by a significant margin.

SEC Conference Odds: Alabama And Georgia Battle For The Top

The SEC seems to be a two-team race between the Alabama Crimson Tide and the Georgia Bulldogs. Sports betting sites list the two programs far above the rest in the conference.

The Kentucky Wildcats are one of the big movers as they were sitting around +6500 a week ago but even with all the line movement, no team is coming close to the Georgia and Alabama figures.