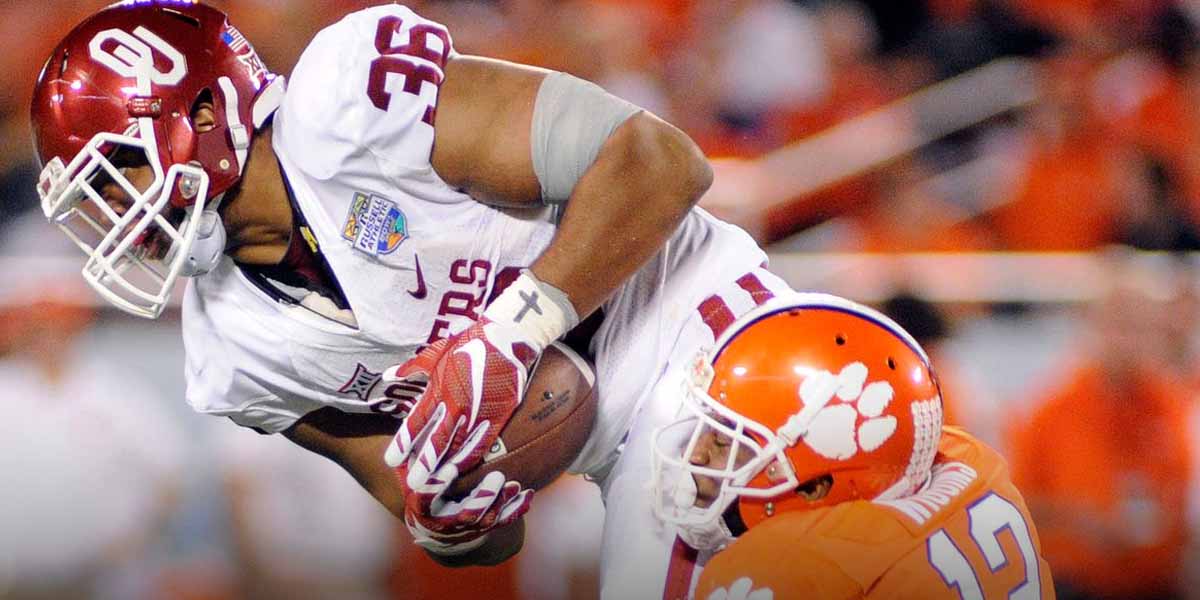 LAS VEGAS – College football varies heavily on a week-to-week basis. One loss can change the outlook of an entire season and as such, the odds for which teams will win their conferences change pretty frequently.

The Clemson Tigers have not looked like a good football team this season. Their offense is averaging just 8.5 points per game against FBS opponents this year. Online sportsbooks have dropped the team’s odds in response to their poor showings.

Clemson was at -625 last week before their 14-8 win over Georgia Tech. The North Carolina Tar Heels also made a big jump from +1500 to +600. However, it still seems to be only a few teams who are truly in contention for the ACC title.

The Oklahoma Sooners have faced a few scares already this season as conference play is approaching. OU is still likely the top team but college football betting sites are closing the gap between Oklahoma and the rest of the conference.

The Sooners’ odds dropped from about -250 to -210 while the Iowa State Cyclones, Texas Longhorns, and Oklahoma State Cowboys all saw their gap close a little bit. Considering that Oklahoma has won the Big 12 six times in a row, the -210 odds may still be worth betting.

The Big 10 has three teams ranked inside of the AP Poll’s top 10 and despite the Ohio State Buckeyes being the lowest of the ranked teams, they have the shortest odds to win the conference.

The Buckeyes’ odds remained still but the Penn State Nittany Lions have moved into the second spot and have jumped the Iowa Hawkeyes. PSU will play each of the listed teams at some point this season, which makes for an interesting run at the conference championship.

The Oregon Ducks are easily the best team in the Pac-12 this season, yet sports betting sites are still hesitant to label them as sizable favorites to win the conference championship.

Oregon’s line got a little shorter, but the biggest movers are the USC Trojans who moved from +1400 to +575 and now sit right in the hunt with a few other teams. Maybe the team to fade is the Utah Utes as Charlie Brewer has left the program after starting their first three games.

The SEC looks to be dominant once again, having the two top-ranked teams in the country. The apparent list of teams that could win the conference begins and ends with the Alabama Crimson Tide and Georgia Bulldogs.

Alabama and Georgia’s odds remain largely unchanged but the Florida Gators saw their odds drop from +2350 after their narrow loss to the Crimson Tide.