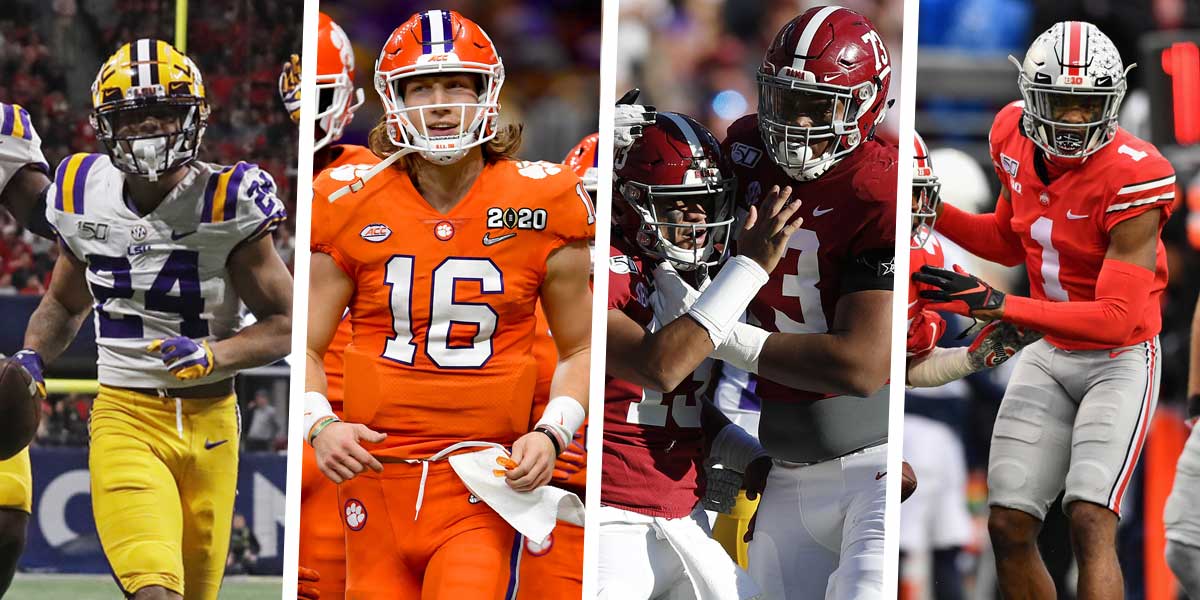 BATON ROUGE, La. — The college football season is still months away but that nor the coronavirus has stopped online sportsbooks from posting odds for regular-season win totals on just about every major college football program.

The wide variety of college football odds make betting on some of the sport's most dominant teams easy. There are also some dark horse teams with favorable win totals that could net bettors a return at the end of the season.

However, the odds many are concerned with represent preseason college football playoff favorites and those teams are the 2019 defending national champion LSU Tigers, Ohio State Buckeyes, Clemson Tigers, and Alabama Crimson Tide.

If looking to bet on win totals for other teams the odds can be found at the same online sportsbooks.

Winner: Under (-175). The reigning national champions will have a tough time defending their crown this season. This is especially true with how many key contributors this team must replace after seeing many seniors and juniors declaring for 2020 NFL Draft. Among those players were Heisman trophy winner Joe Burrow and all-American safety Grant Delpit. The SEC remains the toughest conference in all of college football and getting more than nine wins from a rebuilding LSU program might be a tall task. Take the -175 odds on LSU to finish with Under 9.5 wins as the SEC will likely get the best of the Tigers this season.

Winner: Over 10.5 Wins (-210). Ohio State was easily one of the most talented teams in the nation last year. Although they’ll be replacing likely two top-five NFL Draft picks in defensive end Chase Young and cornerback Jeffery Okudah, the Buckeyes will still have Heisman hopeful Justin Fields under center which will keep Ohio State among the best teams in the nation. With a 10.5 win total the Buckeyes are favored to eclipse that win total which leaves their -210 odds as the best bet for this prop. If a bettor is fishing for the biggest return on this prop take the +175 odds on the Under. However, the Buckeyes have not finished with under 11 wins in a season since 2011. Take the -210 odds as the Big Ten Conference will not be competition for yet another stacked Buckeyes team.

Winner: Over (-160). It has been nearly a decade since Alabama’s football program has recorded less than ten wins in a season and that trend is likely to continue despite the Crimson Tide having to replace quarterback Tua Tagovailoa. Alabama should rebound quickly and should overtake LSU as the top team in the SEC this season. Take the odds on the Tide getting over 10.5 wins as getting less than 11 wins in back to back seasons would be unprecedented in the Nick Saban era.

Winner: Over (-110). Last year’s College Football Playoff runner up still has arguably the best quarterback in the nation in Trevor Lawrence. The return of Lawrence plus one of the top recruiting classes in the nation is the perfect storm for Clemson to once again get over 11 wins and hoist the national championship trophy. Take the -110 odds on Clemson to go Over 11.5 wins comfortably as the ACC has no team that will be able to matchup with the Tigers talent and the Tigers’ non-conference schedule is equally as sub-par.