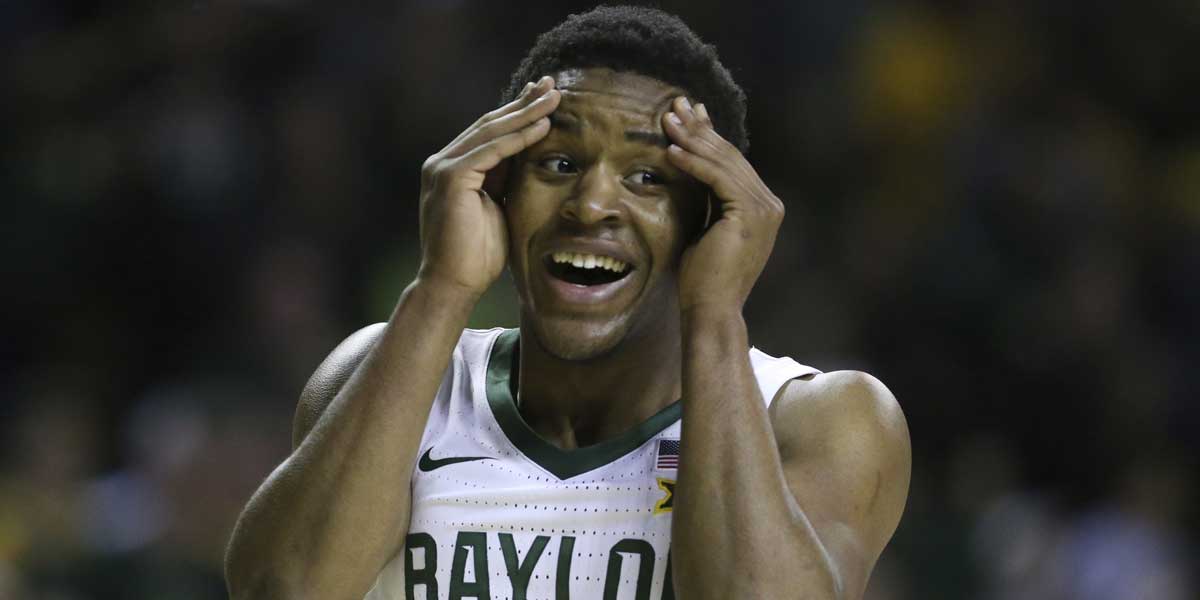 WACO, Texas – Two of the best teams in college basketball face-off as the Big 12 Conference gives us the second meeting between the No. 3 Kansas Jayhawks and the No. 1 Baylor Bears.

In what will easily be the biggest game of the college basketball season before conference tournaments begin and this game has major implications for NCAA Tournament futures bet as the two teams with the shortest odds to win the national title are facing off.

The first matchup ended with Baylor beating the Jayhawks 67-55 at Allen Fieldhouse which is the Jayhawks only loss in Big 12 play on the season. Kansas will also be looking to avoid being swept by the Bears for the first time in school history.

The Baylor Bears are the No. 1 ranked team in the nation and have the second shortest odds of winning this year's Men’s NCAA basketball tournament at +800.

They’ve been one of the hottest teams in the nation this year and are currently riding a 22-game winning streak that has pushed them to a 24-1 record. The Bears have yet to lose a game in Big 12 Conference play this year and Kansas is the only competition in the conference for Baylor.

The only team with shorter odds than the Bears is the Jayhawks who have +700 odds at several online sportsbooks to give the university it’s fourth national title. A win would validate Kansas as having the top team in the nation and keep their odds shorter than Baylor’s before the start of the NCAA tournament.

This game could also impact the seeding each team receives for the NCAA tournament. For Baylor, two wins over Kansas would give them one of the stronger resumes in the field for a No. 1 seed in March.

For the Jayhawks, a win would give them a share of the Big 12 regular-season title and all eyes will be focused on whether Baylor-Kansas will be playing each other for a third time this season with a conference championship at stake.

While the NCAA tournament is still a month away it’s refreshing this late in the season to have two of the best teams playing each other in what should feel like an early peek at two teams that could find themselves playing each other again for something even more than just a conference title.

Kansas-Baylor will be played on Saturday, February 22 with a 12:30 p.m. ET tip-off scheduled at the Ferrell Center in Texas.