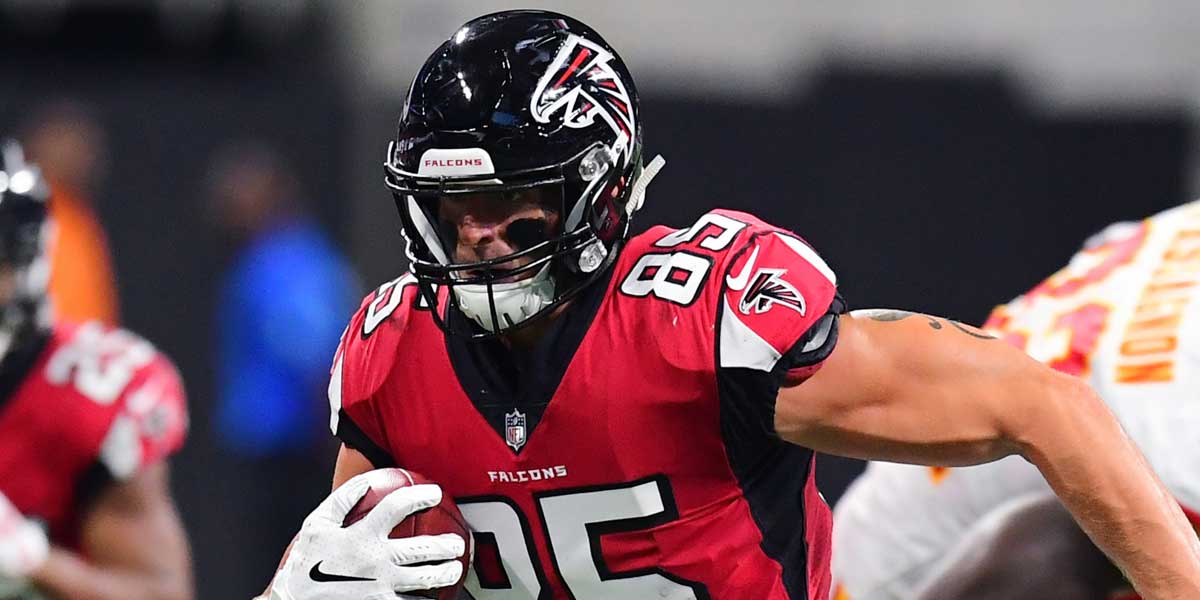 BOSTON – The New England Patriots are on a quest to find a suitable blend of tight ends to fill the all-encompassing Rob Gronkowski’s cleats. Eric Saubert of the Atlanta Falcons is the latest tight end to join the Patriots roster. Saubert was traded for a seventh-round pick that’ll go to Atlanta.

When it came to tight ends, the Gronk could do it all. He was a rarity that the Patriots are scrambling to replace. One tight end cannot do all that Gronkowski did, which is why the team continues to search for tight ends with different skillsets. They need players they can work with to make up something resembling what Gronkowski brought to the field.

The Patriots had Benjamin Watson, 38, coming out of retirement for a 1-year deal as their top choice for the position. However, Watson has been suspended for the first four games of the season due to testing positive for performance-enhancing drugs. Matt LaCosse, 26, is second in line but sustained an injury to his lower leg during the first game of the preseason.

With Saubert being added to the list, the Patriots have 5 other tight ends that will need to have some playing time during the start of the regular season. Andrew Beck, Stephen Anthony, Ryan Izzo, and Lance Kendricks are all part of the Patriots' tight end squad.

Saubert was an odd choice as he did not do much for the Falcons. In fact, Atlanta believes they received the better end of the deal. Saubert joined the Falcons in 2017. He had zero statistics to his name even though he played in 14 games. In 2018, he had 5 receptions and 48 receiving yards. His general performance showed him as more of a blocker rather than a receiver and the Falcons needed him to be a receiver.

Gronkowski was a great blocker for the Patriots. It’s possible they picked Saubert because of his ability as a blocker. Regardless, USA Online Sportsbooks knows New England has a lot of work to do when it comes to their tight end situation. All of their players need to work together to do what used to be the job of one man.