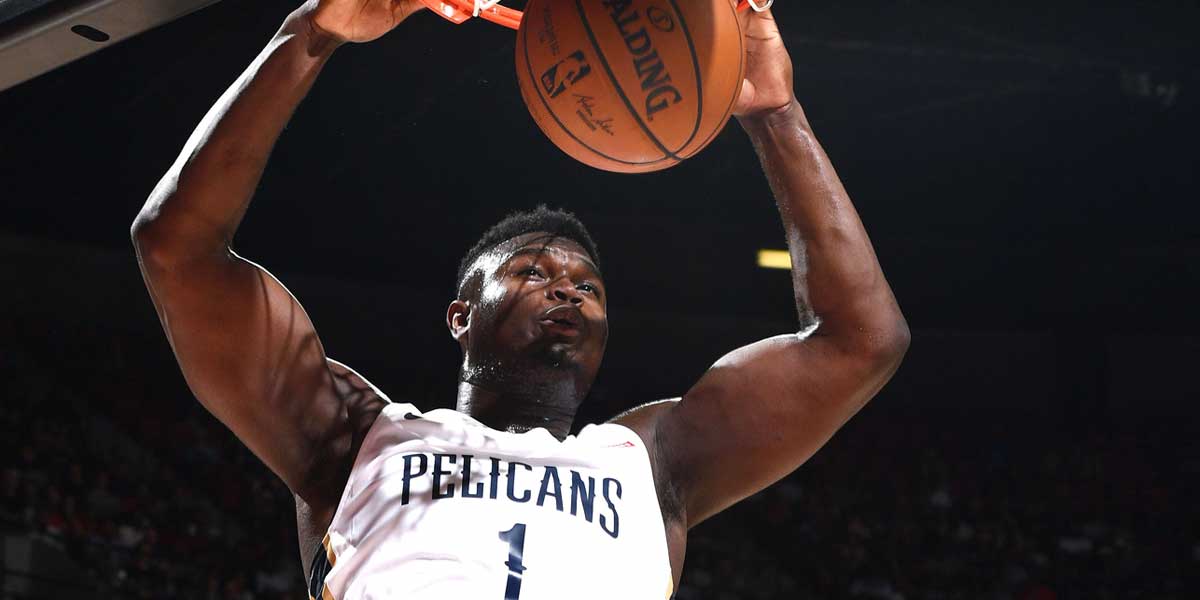 LAS VEGAS – Those hoping to catch a glimpse of the Zion Williamson show this Summer are a bit out of luck.

After a dominant performance in Williamson’s Summer League debut last Friday, the team announced that he suffered a bruised left knee during the game and will miss the remainder of the 2019 NBA Summer League. “It was more precautionary,” said Williamson.

The Pelican’s number one draft pick missed Monday night’s game against the Chicago Bulls, but the Pelicans were still able to come away with an easy 109-72 victory.

The Pelicans will have to play again on Wednesday without Williamson, but even so, they are favored to defeat the Cleveland Cavaliers at Bovada Sportsbook.

The health and availability of Williamson has not changed the Pelicans odds for this particular match, but that would surely change during the regular season. Zion Williamson is expected to make an immediate impact to the team which is why he is favored to win the NBA rookie of the year at -155 betting odds at USA online sportsbooks.

However, Zion’s health has been a concern to many given his sheer size. Zion Williamson is currently listed at 6’7”, 285 pounds. When asked about whether or not he had any plans to lose weight he refrained from giving an exact answer. “I’ll let the trainers help me with that,” said Williamson.

Whether or not he is able to stay healthy will be vital for the Pelicans who recently traded their All-star center Anthony Davis to the Los Angeles Lakers.

New Orleans was able to pick up two more first-rounders from the 2019 NBA Draft because of that trade, but they don’t come with nearly the same hype and potential to shift betting odds as Zion Williamson.