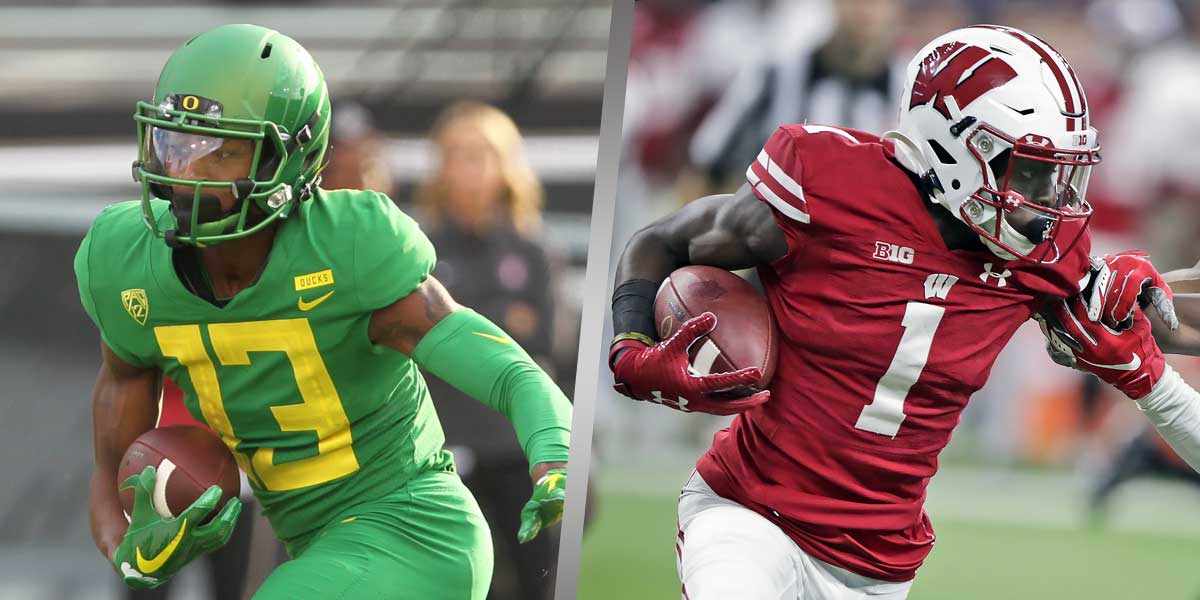 PASADENA, Calif. – The New Year’s Six are the most storied college football bowl games, and while some have been subsumed into the College Football Playoff on a rotating basis, the others still showcase elite teams in compelling matchups as well.

On Wednesday, the first night of the new year, fans can look forward to watching the Rose Bowl and the Sugar Bowl. They can also start the year off right by betting on the most intriguing betting odds set by US sportsbooks.

Oregon and Wisconsin meet again in a bowl game, and this time it could surpass the last matchup in terms of quality of entertainment. The teams are relatively evenly matched, with Oregon entering as a three-point underdog in the neutral site Bowl game.

The Ducks are led by Justin Herbert, a college quarterback who turned down a likely first-round NFL draft opportunity last year, opting instead to return to Oregon and try to lead them to glory. Herbert will have his chance tonight in the Rose Bowl.

They are 7-6 ATS on the season, which is about what you’d expect from a team that is well known and that Vegas can put the right lines on.

Wisconsin, the favorite by three points, boasts similarly stellar numbers. They score a similar 35 points per game and allow about 16 points. These are good for 22nd in the nation and 10th, respectively.

However, Wisconsin has done this against the second hardest strength of schedule in the country. This is borne out by their SRS, which has them as the fifth-best team in the nation due to how well they’ve performed against such a tough schedule.

The standout player on Wisconsin is running back Jonathan Taylor, who has put up stellar numbers thus far – 1909 yards on the ground, 209 in the air, and 26 total touchdowns put Taylor in elite historical company. His 26 total touchdowns are highest on the team by a dramatic amount. He beats out all other skill position players by at least 20 touchdowns and tops quarterback Jack Coan by nine.

Wisconsin is 8-5 against the spread so far this year, with Vegas similarly understanding them well enough to set their lines accurately. However, the team has been good against the spread in bowl games, with a 4-1 record ATS in their last five.

Baylor enters the game with a potential cloud over their head – highly successful coach Matt Rhule might be interviewing with the Carolina Panthers of the NFL after an excellent season at Baylor.

Rhule held a team meeting on December 29th, 2019, to address the interview with his Baylor team.

A cloud of a different kind hangs over Baylor’s 11-2 record this year: their strength of schedule. While Baylor has excelled, their conference generally has not, and Baylor has the 59th strongest schedule in college football.

After the decimation of Oklahoma by LSU in the College Football Playoff Semifinal, questions have been raised about the quality of the Big 12. One LSU staff member referred to Oklahoma as the fifth-best team LSU had played this year, which bodes poorly for Baylor, who is widely regarded as inferior to Oklahoma.

Baylor is a 5.5 point underdog in the game at US online sportsbooks. For the season, they are 9-4 ATS, although in their last five games they are 5-0 ATS.

Georgia, meanwhile, feels the sting of a missed opportunity this year. An inexplicable loss to South Carolina early in the year put their playoff hopes on hold, and a brutal beatdown at the hand of LSU in the SEC Championship Game ended them for good.

Georgia is likely still one of the better teams in the country, as one can gather from the amount they are favored in this game against a good Baylor team. It remains to be seen if that LSU staffer was correct about the quality of the Big 12 – we’ll find out Wednesday at 8:45 p.m. EST on ESPN.