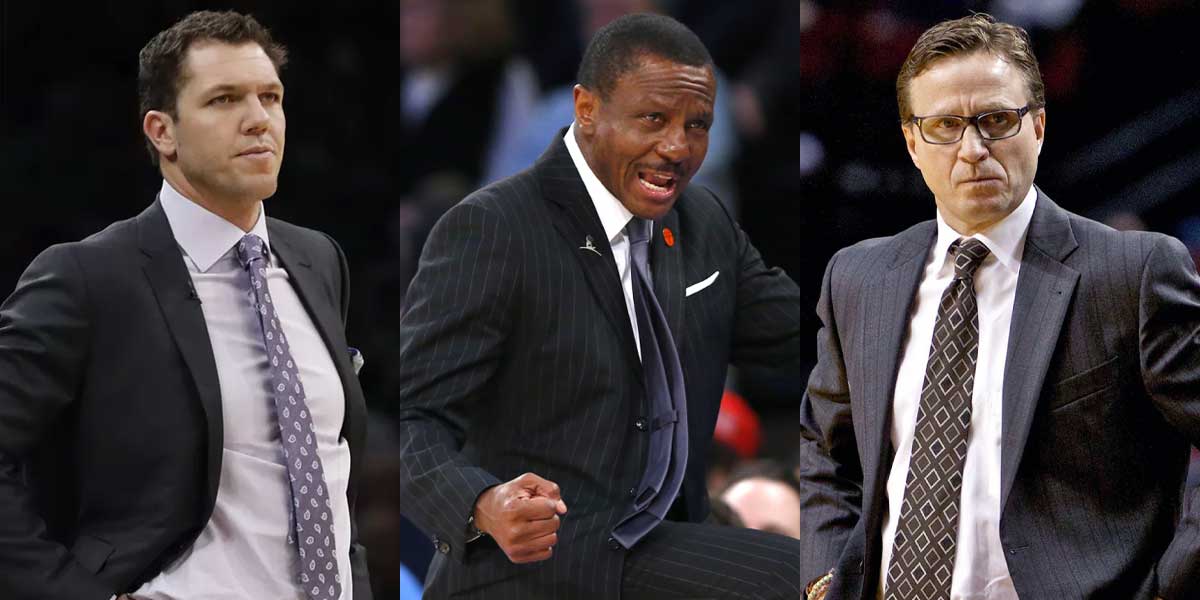 LAS VEGAS - Luke Walton could be on the chopping block for the Sacramento Kings, and bettors can take advantage of the situation.

Next NBA Head Coach to be Fired Odds

Walton is one of three coaches to have +300 odds or lower to be the next coach fired in the NBA. Dwane Casey of the Detroit Pistons is at +275, while Scott Brooks of the Washington Wizards is at +300.

These are three of the worst teams in the league, and with Ryan Saunders gone from Minnesota, each of them presents a valid case for being the next to go.

The online sportsbooks have set the odds, so let’s look at each of these three hot seat candidates.

Walton’s Sacramento Kings are struggling - that’s not a secret at this point. The Kings have a record of 12-18, and they’re clearly underperforming, with a 13-17 record against the spread.

On Tuesday, they’re set to go up against a Brooklyn Nets team featuring Kevin Durant, James Harden and Kyrie Irving.

They are not expected to win that game.

If they fall to the Nets, it will be their eighth loss in a row, with their last win coming on February 7th, against the Los Angeles Clippers.

Walton’s Kings are clearly below average. They have a net rating of -5.8, meaning their opponents score 5.8 points per 100 possessions more than they do. This is exacerbated by their pace of play, which is at 100.4 possessions per game, 11th in the league.

They have the worst defensive rating in the entire NBA at 118.7, and intriguingly, with numbers like these, their win/loss ratio is actually arguably better than it should be. Before their losing streak began, the Kings were on something of a winning streak, having won seven of eight games prior to the losing streak.

Now, this team winning seven of eight games is starting to look like a massive fluke.

Walton does have multiple years left on his contract, which he signed in 2019 as a four-year deal, and that could present problems for the Kings if they wish to cut bait.

The Detroit Pistons have been woeful this season - worse than the Kings, but with lower starting expectations. While the Kings have the worst defense in the NBA, the Pistons just seem to be mediocre to bad at everything.

They don’t just play bad basketball, they play bad slow basketball, with 97.8 possessions per game leaving them with the 25th fastest pace in the league.

When it comes to Casey’s position, it’s hard to find reasons to keep him around. It’s also hard to extricate his work from the poor roster that he has to work with.

Jerami Grant has been nothing short of a revelation this year, but the Pistons don’t have a single other player scoring more than 13 points per game. It wouldn’t be a surprise to see Casey go, but it’s unclear what else he could have done to win NBA games with the roster he has.

Casey’s contract was signed before the 2019-2020, and was for five years at the time, so he still has three years on the deal after this season ends.

This could make him a less likely firing candidate, and NBA betting fans should keep that in mind with these odds.

Scott Brooks has been with the Washington Wizards since he left the Oklahoma City Thunder. It’s rumored that his hiring was due to the desire to get Kevin Durant to come home to DC - a desire that was left unfulfilled.

Brooks’ tenure with the Wizards has brought declining results. In his first year, they made the second round of the playoffs, and took the Celtics to a Game 7.

In his second year, they were washed out of the playoffs in the first round by the Toronto Raptors. The Wizards have not made the playoffs since, with records of 32-50 and 25-47 in the two seasons prior to this one.

They’re currently sitting at 11-17, even as Bradley Beal leads the NBA in points per game with 32.9.

The Wizards have a net rating of -4.6, 25th in the NBA, and yet they play at the highest pace in the league, averaging 104.0 possessions per game.

Is the demise of the Wizards the fault of Scott Brooks? Not entirely, no. Could a better coach have improved on this roster’s performance? Potentially. Will firing Scott Brooks fix the hole the Wizards have dug for themselves? Unlikely.

That said, he’s still a prime candidate to be let go at +300, and it’s hard to want to bet against him.

However, Brooks is in the final year of his contract, meaning that the Wizards could simply ride out the season and decline to renew his deal.

It’s unclear how the NBA season will shape up, but it would be surprising if the next coach fired was not one of these three.