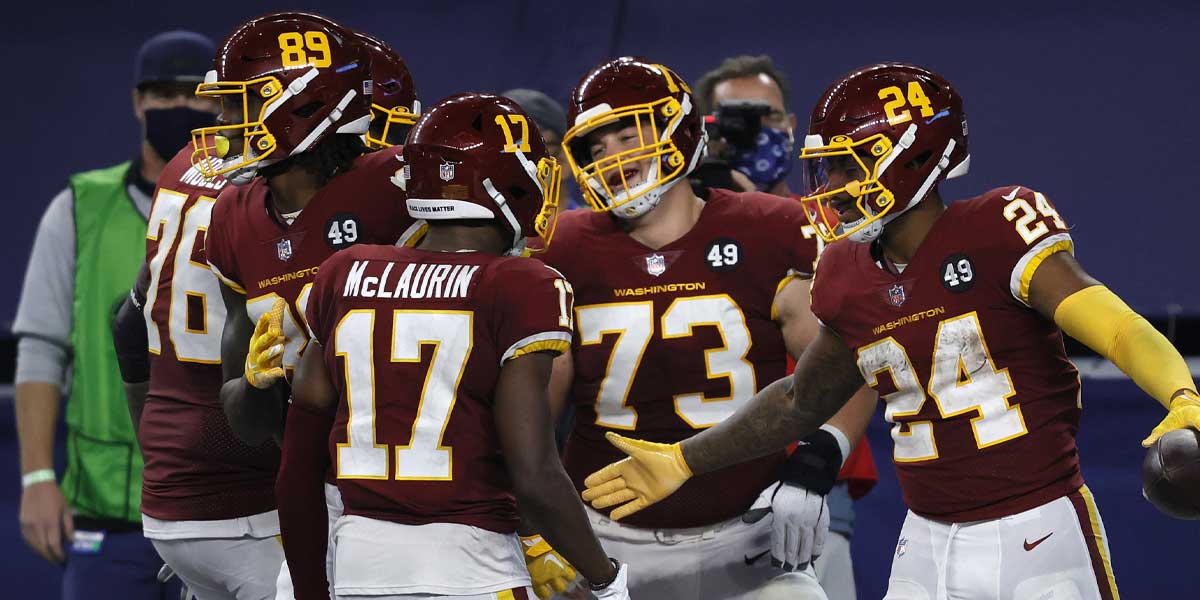 LAS VEGAS - The NFC East is widely acknowledged as the worst division in the NFL right now.

However, the low quality of the teams involved make it one of the most intriguing wagering opportunities around. With all of the teams clustered with similar records for the season, the division is still wide open.

Let’s take a look at each of the teams, and what they need to happen to win the division.

The Washington Football Team currently leads the division and the online betting board with a record of 6-8, meaning they control their own destiny. If Washington manages to win out, they will win this division. But who are they playing against?

Washington has two games remaining, against the Carolina Panthers and the Philadelphia Eagles.

The fact that they already lead the division is comfort enough, but both of those games should be winnable.

The New York Giants sit a game behind the Washington Football Team, and have a tougher upcoming schedule.

The Giants face off against the Baltimore Ravens and the Dallas Cowboys.

The Ravens are definitely a tougher opponent than the Panthers, which means that the Giants have their work cut out for them. They do have a win over the Seattle Seahawks to hold onto as proof they can hang with good teams, however.

The Dallas Cowboys only have divisional games remaining, which means that they could be the biggest factor in what happens to the division.

They face off against the Eagles and the Giants, which are winnable games for the Cowboys by virtue of them being in the NFC East.

The Eagles also only have divisional games left, playing against Dallas and Washington.

This means that the bottom two teams in the division, the Eagles and Cowboys, are the ones that are going to influence the future the most. So, now for the question on everyone’s minds: What is the worst possible team that can win this division?

However, that would require Washington to lose two very winnable games - and Washington winning either of them would end the Eagles’ chances for good.

So what’s the most important game on the schedule going forward?

It could be either of Washington’s games. If Washington defeats Carolina, they’re going to be much heavier favorites at NFL sportsbooks to win the division.

If Washington loses to Carolina, on the other hand, the division once again opens up for anyone to win.

The NFC East is still wide open, and that means that there are plenty of opportunities for NFL bettors to find edges for profit.