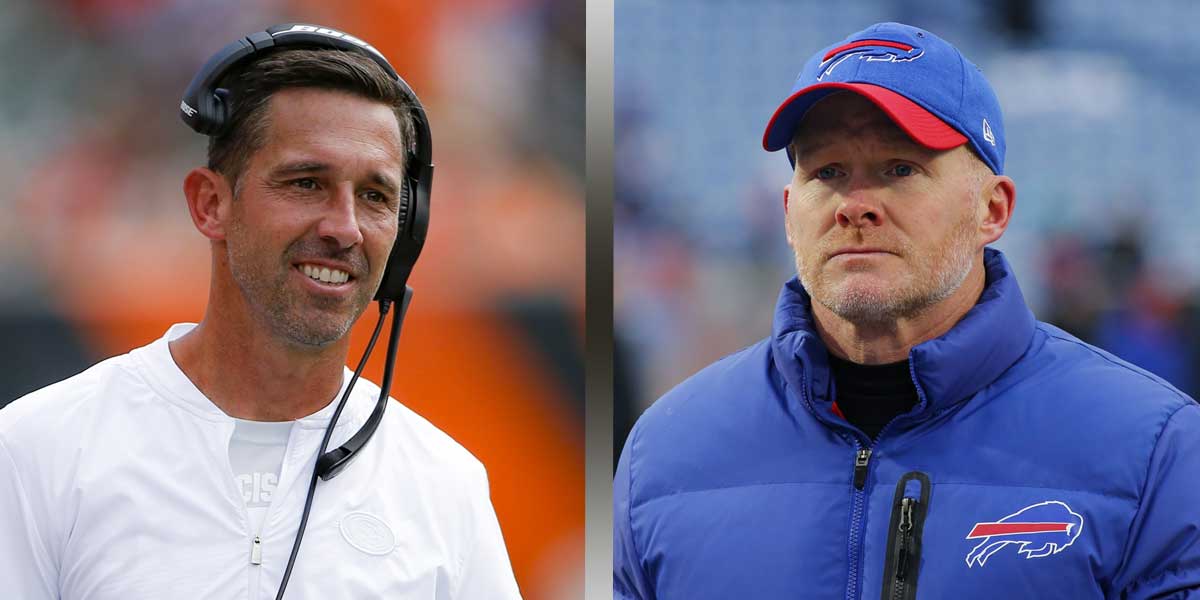 TALLAHASSEE, Fla. – Many of the award races in the NFL this year have seen clear frontrunners emerge as the regular season heads towards its conclusion. The players leading their respective award races still have two more weeks of football to create more separation between them and the rest of the players vying for the awards though.

Even though there’s still two weeks of football left to play, making a futures bet on these awards will provide bettors with an opportunity to get a better return on their wagers.

The NFL MVP race was wide open at the midway point in the season with players like quarterback Russell Wilson (+1000) and running back Christian McCaffrey making early cases for the NFL’s most prestigious award.

Since Week 11, Baltimore Ravens quarterback Lamar Jackson has pretty much had the NFL’s MVP award in his back pocket. Jackson has been electric this season as both a passer and a runner.

The second-year quarterback has 2,889 passing yards, an NFL-leading 33 passing touchdowns, and 81.3 QBR through 14 games this season. As a runner, Jackson has racked up an NFL record 1,103 rushing yards for a quarterback while adding in seven touchdowns.

At US sportsbooks, Jackson is the overwhelming favorite to win his first career MVP award with -3000 odds.

The next two players with the next closest odds are Seattle Seahawks quarterback Russell Wilson +1000 and Michael Thomas (+6600). At this point in the season, it’s very unlikely that any player will surpass Lamar Jackson in the MVP race – just hand him the MVP now.

Defensive Player of the Year

The NFL’s Defensive Player of the year conversation has some familiar faces being considered for the award this year. Although the NFL is becoming more of an offensive-friendly league, these defensive players have impacted the game each week this season.

Gilmore can’t afford to have a bad game down the stretch, as Los Angeles Rams defensive tackle Aaron Donald and Pittsburgh Steelers linebacker T.J. Watt is gaining momentum for a late-season award push.

Donald has recorded 11 sacks on the season and is tied with Watt for the most tackles for loss in the NFL with 22. Donald has the second shortest odds at +600 to win his third consecutive defensive player of the year award.

T.J. Watt, since he’s been drafted by the Steelers, has been a force coming off the edge. This has been the year Watt has finally put it all together and has a compelling case for why he should win defensive player of the year.

Watt has been an absolute menace this season, as he’s recorded 13 sacks, six forced fumbles with three fumble recoveries, and seven passes defended with two of those being interceptions. Watt has done it all for a surprisingly strong Steelers defense that has carried an injury-plagued offense all season. If Watt can have one more dominant showing on the year, it’ll put him in a prime position to capture his first-ever DPOY award.

With many sportsbooks still listing Watt as a long shot with +1200 odds now might be the best time to place a wager on Watt before his odds become even shorter.

Offensive Rookie of the Year

Both rookies have instantly impacted their teams’ offenses and have given fan bases some hope as they look towards the future. Sportsbooks list Jacobs as the favorite to win the award (-700) and rightfully so, as no other rookie has been asked to carry their offense like Jacobs. Jacobs is currently sixth in the NFL in rushing yards with 1,150 and his seven rushing touchdowns place him at 10th in the league in that category.

Kyler Murray has had a good rookie season, but his team has not had enough success for him to earn offensive rookie of the year honors. Jacobs has been one of the best players at his position in his first year and his significance to Jon Gruden’s offense cannot be understated.

Coach of the Year

The NFL has had some surprising storylines develop this season and the coach of the year race has been one of the most intriguing award races this year.

Buffalo Bills head coach Sean McDermott has done one of the best coaching jobs this season as the Bills have gone from a 6-10 team a year ago to a 10-4 team that has already clinched a playoff berth going into Week 16.

The Bills have always had a stout defense but offensively is where this team has improved the most. At sportsbooks, McDermott has the shortest odds to win the award at +200.

The Bills will have to keep winning or McDermott may lose out on this award as San Francisco 49ers head coach Kyle Shanahan is right behind him with +275 odds. The 49ers have also enjoyed a drastic turnaround this year as they finished last season with a 4-12 record.

They’re now one of the best teams in football with an 11-3 record thus far and their Week 17 meeting against the Seattle Seahawks might be the game that clinches this award for Shanahan (if the 49ers can secure a win). Shanahan has a slight edge over McDermott because of the injuries to his team and the improvement of the 49ers compared to last year.