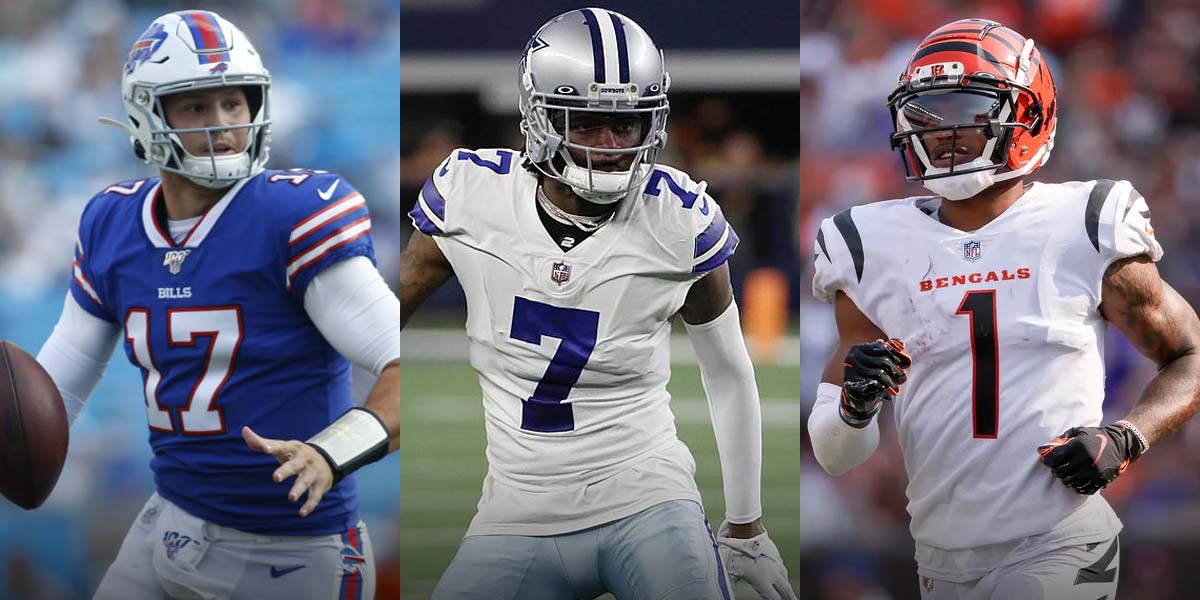 BUFFALO, N.Y. – Josh Allen has become the new favorite to win the NFL MVP while Ja’Marr Chase and Trevon Diggs have closed significant ground in their respective categories as well.

There’s been a new favorite for MVP honors seemingly every week. Online betting sites have had Patrick Mahomes, Kyler Murray, Matthew Stafford, Tom Brady, and now QB Josh Allen as favorites at some point this season.

Allen doesn’t lead the NFL in any passing category but he is the quarterback on what could very well be the best team in the league. If there’s one thing to take away from the past five weeks, it’s that these odds are likely to change again. Those looking to bet on Allen to win MVP should likely wait until his odds drop a bit.

Defensive Player Of The Year: Trevon Diggs A Steal?

CB Trevon Diggs has more interceptions himself than 27 NFL franchises through five weeks of playing. He’s recorded an interception in all five games and has a total of six on the season. However, he’s available as the third choice on odds boards to win Defensive Player of the Year.

NFL Defensive Player of the Year

If Diggs keeps up this pace, there’s no amount of sacks or tackles that could possibly take the award away from him, but it seems that NFL betting sites don’t expect him to continue. Given his line of +900, he may be worth betting on regardless. In comparison, he’s already matched Stephon Gilmore’s interception total from his DPOY season.

As a general rule of thumb, if someone is performing at the same level as Randy Moss, that’s a great player. WR Ja’Marr Chase continues to push towards Moss’ records and is seemingly on pace for one of the best rookie seasons of all time for a wide receiver.

NFL Offensive Rookie of the Year

Similar to Diggs, if Chase continues at this level, he should be the runaway favorite to be named the Offensive Rookie of the Year. QB Mac Jones is having the best season of all the rookie quarterbacks, but he’s by no means having a potentially record-breaking season like Chase is.