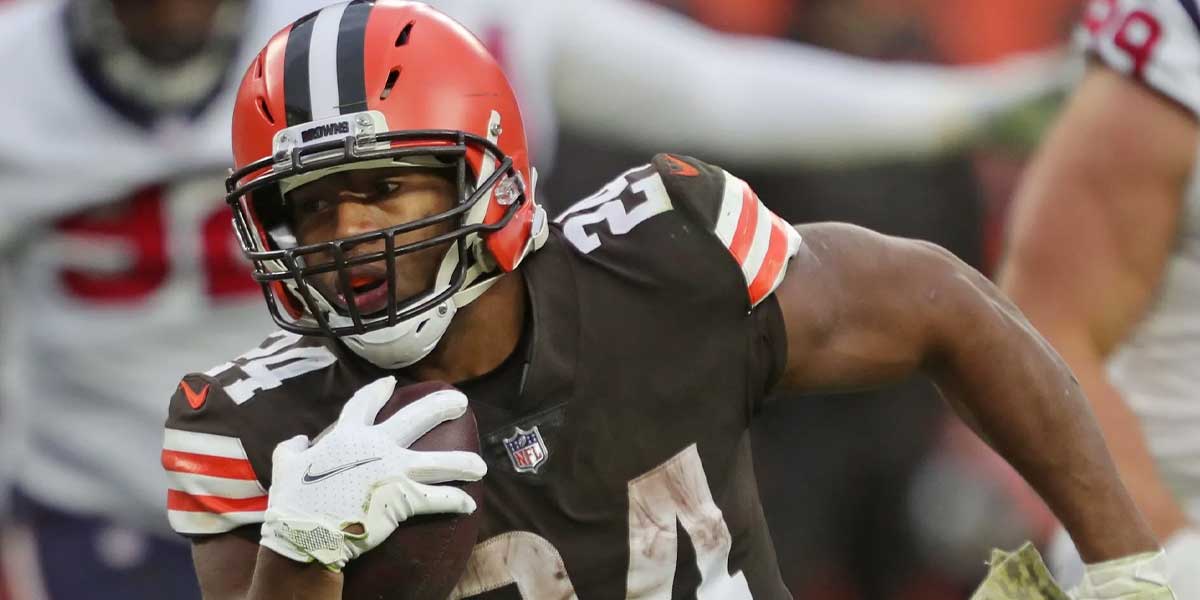 LAS VEGAS – When betting on sports, losing is just part of the experience.

Even the greatest athletes of all time can’t win every game. And in an industry like sports betting, the margins between success and failure are incredibly slim.

After all, even the ones who call themselves professional sports bettors still only win around 54% of the time.

Losing is just as much a component in the end result as winning, but sometimes a single loss can hurt exponentially more than originally expected.

That was certainly the case this past weekend for NFL bettors who chose to back either the Cleveland Browns or the Buffalo Bills.

The Browns were a 4.5-point spread favorite when they matched up with the Houston Texans on Sunday. The 5-3 Browns were looking to get possibly an easy victory over the 2-6 Texans and improve their position in the playoff race.

In a game with two star-studded offenses, it was the defenses who showed up to play. Entering the fourth quarter, the score was just 3-0 in favor of the Browns.

It wasn’t until there was just 13 minutes remaining in the game that the first touchdown was scored, a nice run from the returning Nick Chubb to cap off a solid drive for Cleveland.

Houston was able to respond with a great drive from DeShaun Watson, who led the team down the field and found Pharaoh Brown in the endzone to make the score 7-10 with less than five minutes to go.

The Browns got the ball back, with bettors excited at the opportunity of a last-minute score to cover the 4.5-point spread. Instead, something else happened.

In an attempt to make a smart football play, Chubb ended his miraculous touchdown scamper by stepping out at the one-yard line. Chubb made this decision in an attempt to prevent Houston from getting the ball back, much to the dismay of spread bettors or Chubb fantasy owners.

Chubb was just trying to avoid the embarrassment that fellow Georgia alumnus Todd Gurley experienced when he scored a late touchdown for the Falcons, giving the other team the opportunity to come back and score themselves.

The Browns would go on to win the game 10-7, failing to cover the spread.

The crazy thing is that the Browns incident might not even be the worst beat of the weekend.

That honor is up for competition with the Buffalo Bills and Arizona Cardinals game from the afternoon slot.

The Cardinals had closed as a three-point favorite to win the game via most major online sportsbooks.

With time running down, Josh Allen led his Bills down the field and scored on an incredible touchdown pass to Stefon Diggs to take the lead 30-26. Kyler Murray and company were given the ball back with just 34 seconds left in the game.

After a few short passes to get the Cardinals in striking range, Murray threw up a prayer to the endzone, where DeAndre Hopkins was covered by three Bills defenders.

Then, destiny took over.

Don't ever say it's impossible... pic.twitter.com/lqe2UkxsCT

Hopkins high pointed the ball between countless flailing arms and brought it down for the touchdown, giving the Cardinals the lead and the win.

Those who had the Bills moneyline were crushed, but those who had the Cardinals to win by three were elated, only to find out that Arizona would elect to kneel down on the extra point and win the game 32-30.

A double bad beat in a matter of 20 seconds.

Now, having two of these disastrous events happen in a season is bad luck, but on the same day? That’s just downright dastardly.

So how can this be avoided?

Unfortunately, bad beats are just a part of the betting experience. There aren’t any bets that are immune from a terrible beat, and the nature of sports will always allow for these types of miracle moments.

It is important to remember why sports are so loved in the first place. Bettors can have their love for the game clouded by the amount in their bankroll, but the fact is that for every burned bettor is a Cardinals fan who just watched one of the best games of their life.

For every loss, there is an equal and opposite win. It is this balance that bettors should keep in mind next time their winning bet steps out at the one-yard line.