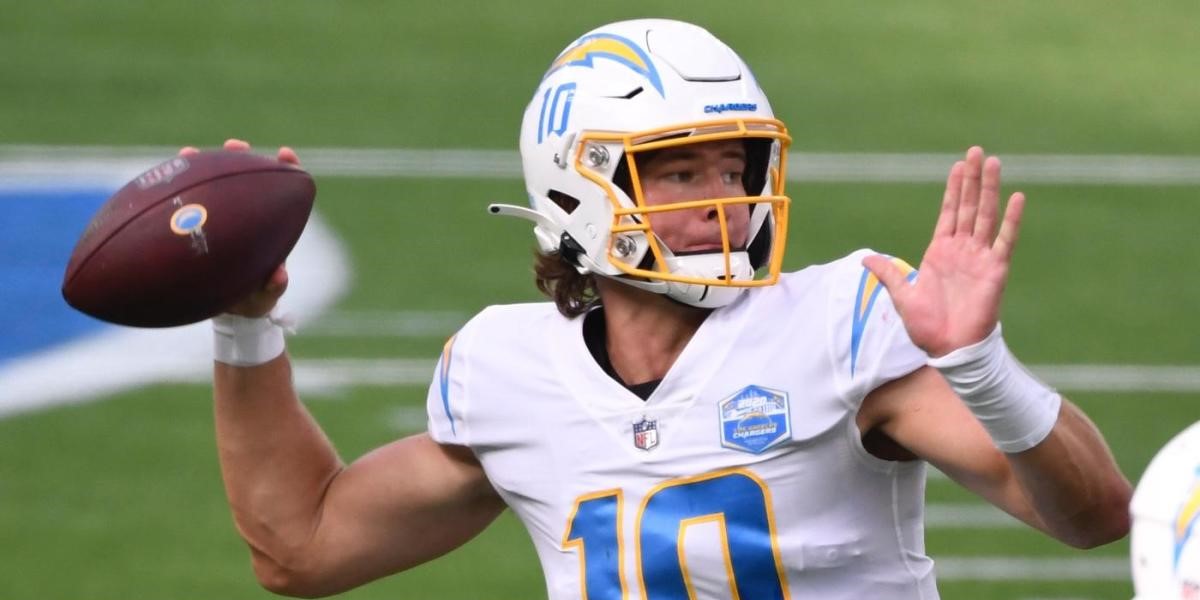 MIAMI – The Miami Dolphins and the Los Angeles Chargers will be facing off and both rookie head QB’s will be matching up.

Tua Tagovailoa and Justin Herbert were drafted back to back in the 2020 NFL Draft, making this matchup a major draw for both sports fans and sports bettors.

Herbert currently has the shortest odds to win the NFL Offensive Rookie of the Year award, with Tua having the third shortest odds at USA online sportsbooks.

The Dolphins are currently on a four-game winning streak and are fighting for playoff contention, being only two games behind the Buffalo Bills for the best record in the AFC East.

The Dolphins are also coming off of a solid 34-31 win against the Arizona Cardinals. Arizona came into that game three-point favorites over Miami. It is no surprise that sports bettors are leaning in favor of the Dolphins winning Sunday as well.

The Chargers on the other hand have been struggling this season. Currently on a two-game losing streak and has an abysmal 2-6 record including just 1-3 on the road.

With the Chargers defense being as poor as it is, those betting on Miami should also take the Phins to cover the spread.

Longshot bettors looking to take action on the Chargers may be tempted, however, as the Dolphins are only favored by over one point. This shows sportsbooks are leaning in favor of this being a close game. Tua has only started for two games, meaning the edge is in the Charger's favor as far as experience goes.

Betting On The Rookies

NFL bettors are also looking at this game for the Rookie of the Year race. With two prominent rookies facing off, it is sure to affect betting lines.

Right now, him being the favorite to win is not a far thought. Tua on the other hand has some catching up to do. While Tua is 2-0 in his two starts as a QB, this is just a small sample size. He has 3 TD’s in those two games, however, and has thrown for 350 yards on 65.4% completion.

Longshot bettors on Tua may win big if voters factor in team success in the end. If Tagovailoa manages to lead the Dolphins into their first playoff game since 2016, all while putting up comparable numbers to Herbert, he may be able to pull the upset.

Sports bettors may want to jump on these Tua odds while they are still long. This matchup between the two rookie QB’s is sure to shift the odds depending on the outcome.