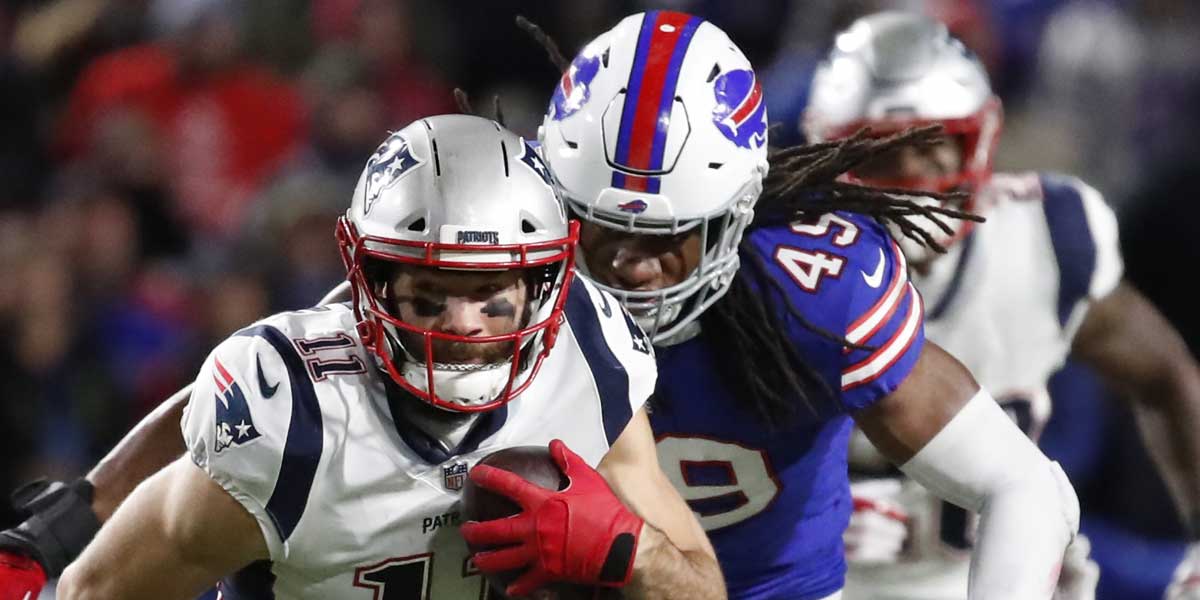 The 9-5 Houston Texans visit Tampa Bay this Saturday to take on the Buccaneers. The Texans are looking to pad their playoff resume while Tampa Bay is attempting to finish the season strong. They are led by quarterback Deshaun Watson and are heavy favorites to make the playoffs with The New York Times’ The Upshot giving them a 98% chance to do so.

The Bucs are 7-7 and looking to make a push for a winning record. Quarterback Jameis Winston is perhaps the most exciting player to watch for  sports bettors in the NFL.  Leading the league in both interceptions and total yards, the Bucs signal-caller is liable to throw a 70-yard bomb either direction on any given play.

Unfortunately for Winston, the Bucs have announced that Pro Bowl receiver Chris Godwin will not be playing in Saturday’s game against the Texans.

This is perhaps bad news for those sports bettors that placed a bet on Winston leading the league in both interceptions and touchdowns. Godwin has been electric this season and his loss will likely negatively impact the Bucs offense.

This game is a chance for the Buffalo Bills to shock the world. One game behind the Patriots for the division lead, the Bills are able to make it a real race by beating their hated rival today. The Bills are surging and the Pats are struggling.

The Bills are 10-4 in a year where nobody expected them to be anywhere close to that. The growth of young quarterback Josh Allen has been nothing short of astonishing with the second-year signal-caller establishing himself as one of the premier running quarterbacks in the NFL. His arm is immense as well, capable of hurling 70-yard bombs with ease. They’ve rarely been in a position to hinder the Patriots in recent years and it would mean a lot to the franchise to beat their hated rivals to take the division lead.

The Patriots, meanwhile, have been struggling. Quarterback Tom Brady has looked every bit of his 42 years with some speculating that the aging hurler might leave the Patriots one way or the other. The Patriots need this win to prove to themselves, and everyone else, that they are who they used to be – the dominant dynasty that has reigned over the NFL for years.

Buffalo has been incredible ATS on the road so far this season, with a perfect 6-0 record. The Patriots, meanwhile, are 3-3 ATS at home and 8-6 ATS overall on the year. This looks to be a defensive contest with the O/U at many offshore sports betting sites set at a frigid 37 points, although it opened at 38.5.