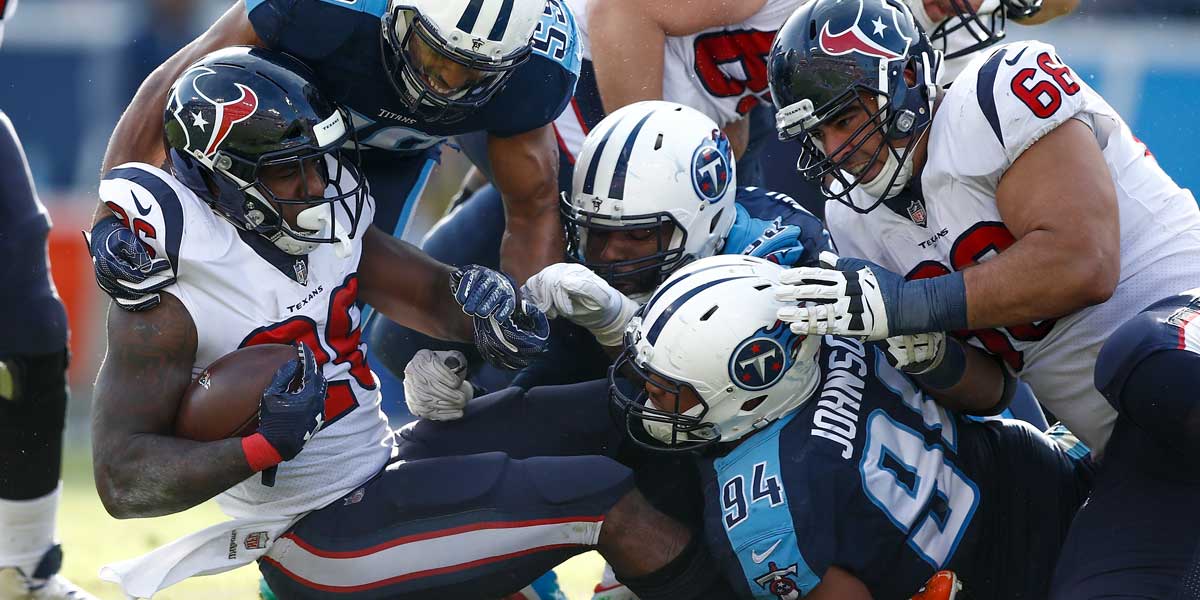 NASHVILLE – On Sunday, there are two surprisingly exciting games featuring teams that nobody really expected to be contenders. These teams will be battling it out to see who is left standing. The Houston Texans are taking on the Tennessee Titans, and the Buffalo Bills are taking on the Pittsburgh Steelers.

The Houston Texans visit Tennessee to take on the Titans in a matchup surely nobody expected to have roughly equivalent teams involved. The Titans are -3, which makes sense given they are at home and the teams are relatively similar in terms of resume.

Ryan Tannehill has been absolutely tearing it up for the Titans as has running back Derrick Henry, who both are finally realizing their long-discussed potential. Of course, on the other side of the field will be the undoubtedly elite quarterback in Deshaun Watson, one of the most dangerous passers in the game.

It should be close, and USA online sportsbooks know it. This is one to watch.

Another game with unexpected playoff contenders comes as the Steelers who, the year after losing Antonio Brown and LeVeon Bell, were expected to decline significantly. Still, the Steelers are 8-5, and 9-4 ATS.

They are favored by one point, as the Steelers are home this week. However, there has not been an appreciable difference in their performance against the spread at home compared to away this season (5-2 home, 4-2 away). The Steelers are, however, 5-1 ATS in their last 6, and 5-1 ATS against winning teams – a frisky pick now that the line has moved so much towards the Bills.

The Bills entered the season with the expectation of being a mediocre-to-bad team, but have been energized by the development of quarterback Josh Allen. The quarterback who is known for his running abilities has developed a cannon for an arm as well. He’s still young, and still prone to the mistakes that young quarterbacks make, but he’s a star on the rise.

The Bills are 4-0-1 ATS in their last five games as a road underdog, and 4-1-1 ATS in their last six games overall. Both of these teams have been good against the spread, and the line has shifted so much that it’s hard to say who is favored, or who should be. Either way, it should be a fun day of football and sports betting!