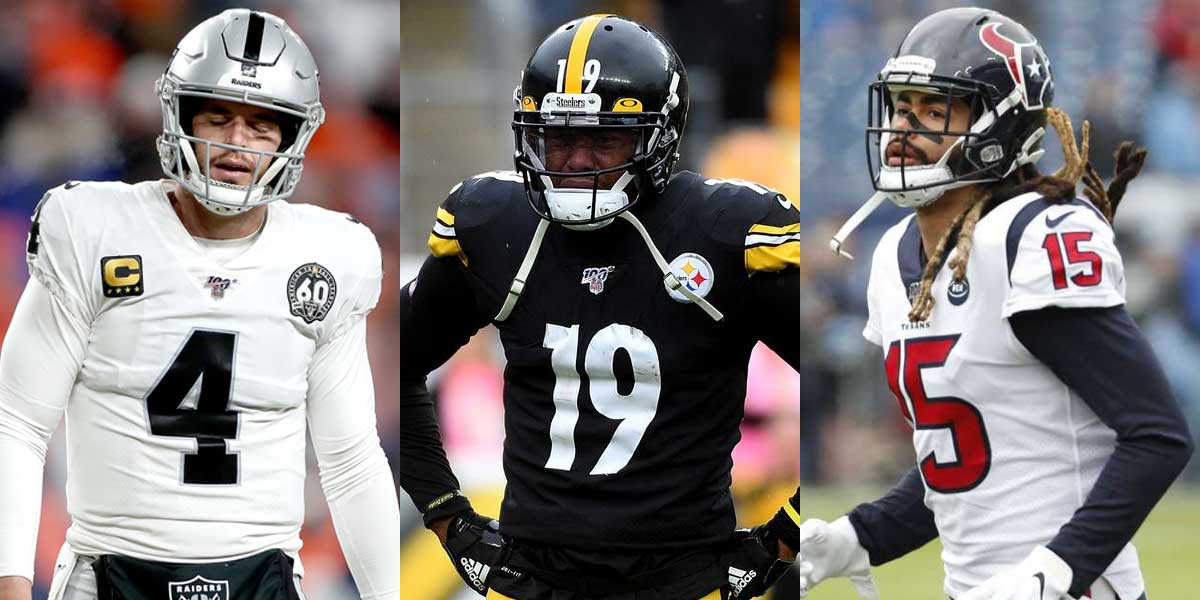 PITTSBURGH – Just because the NFL season has officially ended with the Super Bowl doesn’t mean that gambling on the sport has stopped as sportsbooks have already posted wagers for the 2021 season, in particular, the future of where athletes will end up.

There are a number of players that have not yet signed deals to play for any team, including the names of those waiting for extensions of their contracts with current organizations to be offered.

Mobile sportsbooks like Bovada has a scroll-worthy number of bets for NFL players and other things regarding the 2021 season. Some of the more notable bets are the ones that surround the futures of three athletes in particular; JuJu Smith-Schuster, Will Fuller, and Derek Carr.

Juju To The Raiders?

JuJu Smith-Schuster is a 24-year-old WR for the Pittsburgh Steelers but will the Steelers sign him on for a contract extension or let him go to another team in the NFL?

In the 2020 season, Smith-Schuster received 831 yards and had 9 touchdowns yet despite that being a career-high in touchdowns, will that be enough for Pittsburgh to keep him? The Las Vegas Raiders (+160) have shown an interest in the young athlete, having the most favorable odds that the WR will be sporting a Raiders jersey in the Fall.

Where Will JuJu Smith-Schuster Play For Game 1 Of The 2021 Regular Season?

Fuller And The Jets?

Next up is WR Will Fuller of the Houston Texans. The 26-year-old player received for a career-high of 8 touchdowns in the 2020 season and made another personal record with 879 yards in receiving yards. With the way that he performed for the Texans, they may consider keeping the athlete on the roster in 2021 and see if he continues to outdo himself yet it’s unlikely.

But Fuller is a free agent and the New York Jets (+190) have been looking at him very closely in regards to offering him a contract with the team. The Jets are already in contention to get QB Deshaun Watson so they could very well be going after the duo together.

Where Will Will Fuller Play For Game 1 Of The 2021 Regular Season?

Last up is none other than Las Vegas Raiders quarterback Derek Carr The 29-year-old has been with the Raiders for his entire time in the NFL. In the 2020 season, he passed for 4103 yards with 27 touchdowns. Talk surrounding Carr say that the Pittsburgh Steelers have been eyeing him as well as the Indianapolis Colts.

The Raiders (-330) still haven’t taken the idea of offering Carr more playing time with their team off of the table, making his future as good a guess as anyone.

Where Will Derek Carr Play Game 1 Of The 2021 NFL Regular Season?

More wagers like this can be found with online sportsbooks. There are plenty of bets listed that are geared toward the NFL sports bettor. These three wagers are mentioned because they’ve been seeing quite a bit of action as of late.

When it comes to gambling on sports, NFL betting still reigns supreme, whether football is in season or not.