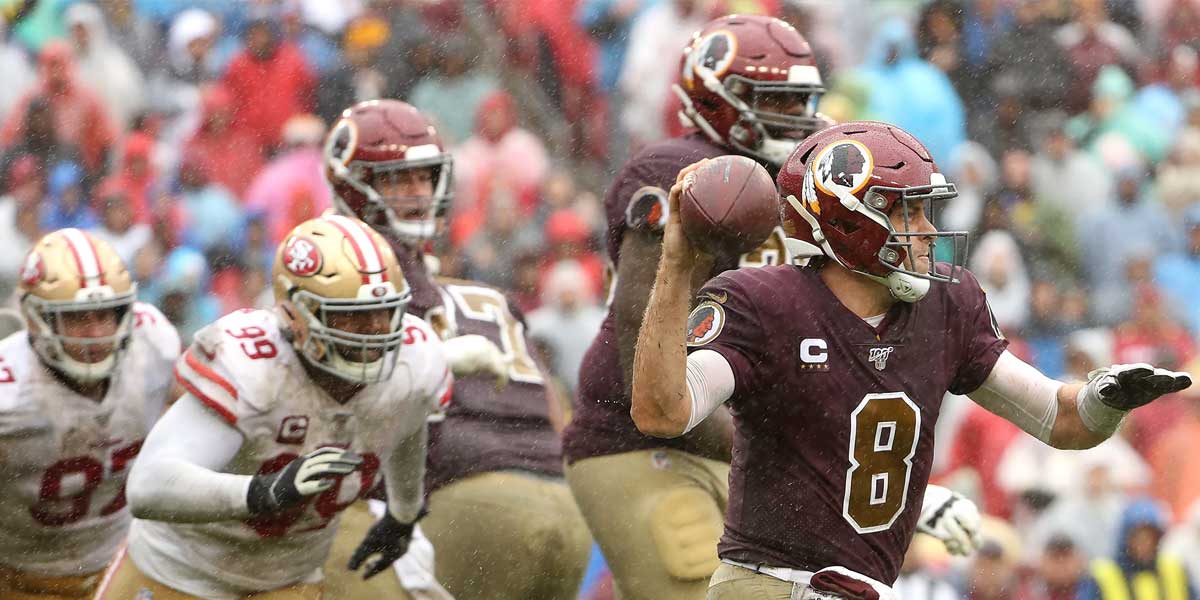 TALLAHASSEE, Fla. – Week 7 of the NFL is coming to its close with the Monday Night Football game between the New England Patriots and New York Jets set to finish off the week of action.

In the dozen games played on Sunday, seven of them were won by road teams. Meanwhile, the favorites covered the spread in seven matchups, with an additional game resulting in a push.

Overall, there were some surprises to the week, but many bettors were able to make a profit betting on chalk. Still, there is always a game or two every week that completely shift the profitability of sports bettors and sportsbooks.

This week the sports bettors took the biggest hit from the Washington Redskins and San Francisco 49ers game. The Redskins came into the game with one victory to their name (against the winless Miami Dolphins) and the Niners came in undefeated, with one of the highest point differentials in the league.

The bet? San Francisco was favored by 10, but the weather report, which dictated a tropical cyclone and loads of rain) had other plans. The Niners did end up winning 9-0 with all nine points coming in the 2nd half, however, the team failed to cover the spread.

At William Hill, roughly a quarter of the entire betting action on the day was collected from this matchup, as it seemed like the “sure-thing” of the week. About 90% of the money wagered on the point spread was put in favor of the Niners, and bettors missed out by one point.

The Skins covered becoming only the second team in over two decades that failed to score yet was able to cover the point spread.

The sportsbooks continued their dominance over the bettors this weekend, as William Hill also collected a bet on the Atlanta Falcons over the LA Rams. While this wouldn’t normally be a major story, the bettor risked $400,000, giving the sportsbook the ability to pay out many winners with only one losing wager.

At CG Technology, the US Sportsbook saw over half-a-million dollars wagered from two moneyline bets on the Chicago Bears. Poised to profit $227,000, the bettor walked away with $540,000 less than anticipated.

Sports betting always goes back and forth and one bettor has been holding their breath since December 18, 2018. In a 12-leg parlay, one bettor at DraftKings Sportsbook risked $5 on a parlay that spanned through the 2018 NFL season, the College Football Playoffs and bowl games, last year’s NBA season, and an international tennis tournament.

This bettor has been sweating out a 12-leg parlay since December 18th, 2018, and needs just one more leg to hit... pic.twitter.com/J4mKkNIRl0

The only leg left to hit is for the Houston Astros to win the World Series. If this occurs, the bettor would win $13,123.52 from the $5 risked 10 months ago.