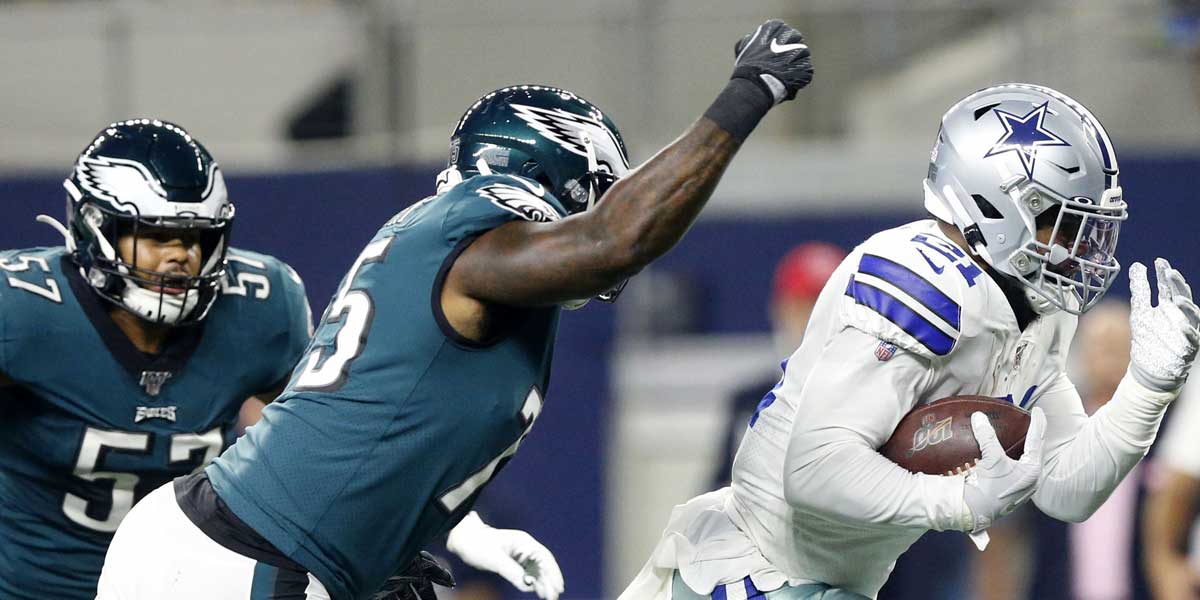 The Dallas Cowboys battle for the division against the Philadelphia Eagles. The two teams are 7-7, but the Cowboys won the last time these two old rivals played, meaning this game is do or die for the Eagles in terms of their playoff hopes. The game opened with Philadelphia as a 2.5-point underdog but has since moved to Dallas being favored by 1.5-points.

The Eagles are 2-5 ATS at home and 5-9 ATS overall. The Cowboys are 4-3 ATS on the road and 8-6 ATS overall. The O/U at offshore sportsbooks opened at 47.5 and has since moved down to 46. In the Cowboys’ last eight division games, the over has hit seven times.

Both teams have struggled this year and it’s a wonder that either team, at 7-7, is in contention for the division. The NFC East has never been worse and one of these teams will win the division with a record of 9-7 or 8-8. This is still one of the biggest games that will happen this season in terms of fanbases and viewership, however, it will be one of the larger sports betting moments of the year.

Pittsburgh looks to keep their playoff hopes alive after a rough loss to Buffalo last week. This dropped their playoff chances from 68% to 50% according to The New York Times’ The Upshot . As of now, they’re -3 on the road over the ailing New York Jets.

The Jets are struggling, with no chance at the division, but they have some talent and big names on their roster. Pro Bowl safety Jamal Adams is likely to make his return from injury. Star running back Le’Veon Bell will play against his old team for the first time – a momentous occasion.

Bell claims he has no hard feelings towards the Steelers, but only time will tell if a revenge game is on the table.

The two teams’ respective records against the spread mimics their on-field performances. The Steelers are a respectable 9-5 ATS and 4-2 ATS on the road while the Jets are 5-9 ATS on the season and 3-4 ATS at home.

These are staggering numbers and, in a large enough sample size, they might be seriously worth considering.