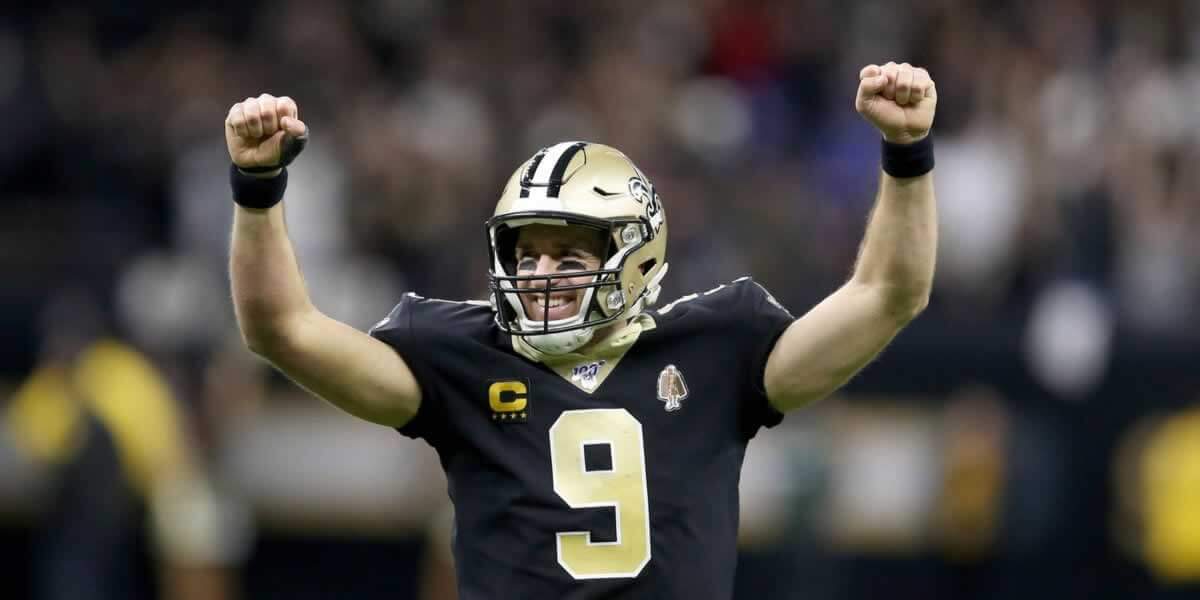 NEW ORLEANS — With the second day of the NFL Divisional Round about to get underway, NFL bettors can begin looking at different player prop bets for the New Orleans Saints in what could be Drew Brees’ last game of his career.

USA Online sportsbooks offer plenty of different prop bets for Saints players including Brees, Alvin Kamara and Michael Thomas. Some of the prop bets include how many passing yards Brees will have and how many total yards Alvin Kamara might put up.

Starting with Drew Brees, his game total for passing yards is set at 280.5 in which he has hit the over five times this season.

In what could potentially be Drew Brees last game if the Saints lose against the Tampa Bay Buccaneers, it is no secret that he would like to have a performance for the ages against Tom Brady. Brees could certainly hit the Over against the Buccaneers as their defense has not looked well against the pass this season.

The Buccaneers rank 21 in the NFL when it comes to defending against the pass as they allow opposing quarterbacks to go for 249.1 yards per game. They also rank 29 in the league for pass attempts allowed and 31 in completed passes allowed as well.

Their rankings certainly back up Drew Brees’ case of hitting the over, however, in the two games that he has played against Tampa Bay this season, he missed the Over mark and it wasn’t even close. Also, in his last four outings, Brees has stayed under in all four games. With that said, bettors can flirt with the under in this one.

It is safe to say that Alvin Kamara is arguably the best all-purpose running back in the NFL. Knowing that, oddsmakers have Kamara’s NFL odds for his total yards per game set at 110.5.

Backing up Alvin Kamara’s case for hitting the Over for total yards in this game, he has hit it in eight of his 16 games played this season which includes his last two games played as well.

However, the Buccaneers' defense against the run is not anything like it is against the pass game, in fact, their run defense is arguably one of the best in the league which could hurt Kamara’s yard total. The Buccaneers rank number one in the league across the board when it comes to rushing yards allowed, rush attempts allowed and rushing touchdowns allowed this season.

Something else that backs up the under for Karma’s total is that the Bucs allowed 80.9 rush yards per game this year and also allowed 66.3 rush yards per away game as well which both rank number one in the league as well.

Still, the Buccaneers defense has also stood their ground against him in their last two meetings as well. That being said, money can be made by taking the Under.

Michael Thomas has had himself a bit of a confusing year considering he has missed 50% of the Saints games this season. He has only been able to hit over 80.5 receiving yards in three of eight games he has played this year as well.

Looking back at the Buccaneers' defensive rankings though against the passing game, Thomas could finally come to his senses and have himself a breakout game. It also helps that the entire Saints receiving core is fully healthy as it would take some pressure off of Thomas which could open up some more opportunities for him to pull in some more yards.

With Thomas now being healthy for the back end part of the season, bettors can look to take the Over for his receiving yards.