Skip to content
USA Online Sportsbooks | Sports Betting | NFL Draft Odds: What Will The Giants Do When They’re On The Clock? 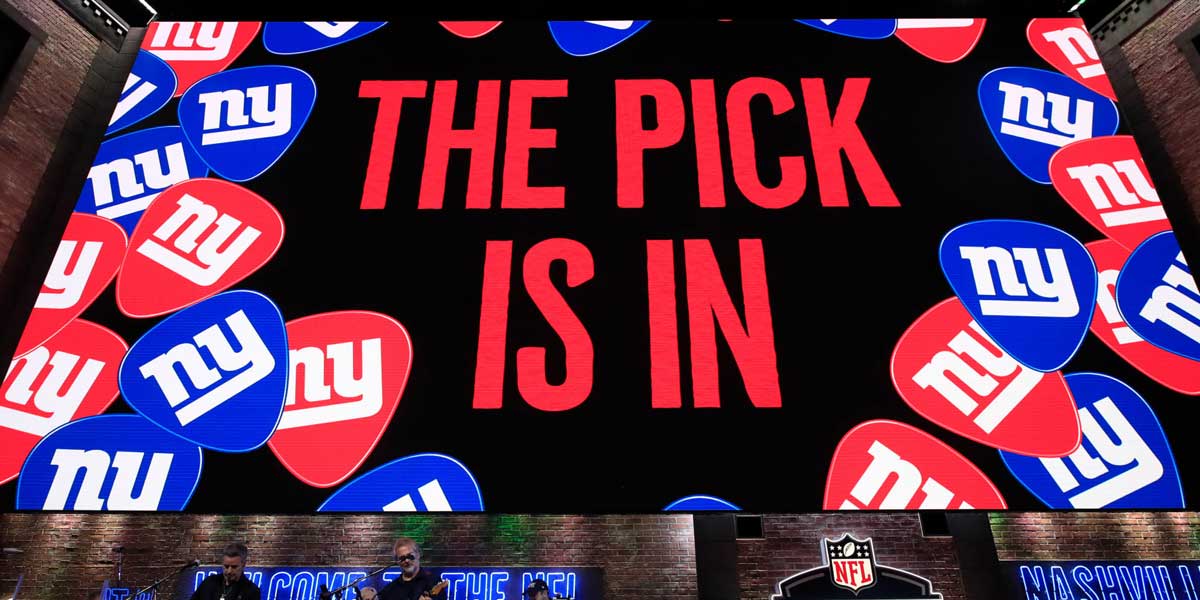 NEW YORK - Heading into next week’s NFL Draft, fans of the New York Giants finally have a glimpse of positivity on the horizon.

Every year, with the draft comes feelings of rejuvenation and hope for the future of the franchise, as fresh new faces come into the team ready to make an impact. Luckily for sports bettors, this helps speculation when it comes to wagering on the NFL Draft.

The Giants possess 10 picks in the upcoming draft, starting with the fourth overall selection on Thursday night. Looking to find some help for star running back Saquon Barkley, online sportsbooks favor the Giants to select an offensive player with that early pick.

There are a lot of options for the Giants, but the priority for a franchise that just came off its third consecutive losing season seems to be protecting second-year quarterback Daniel Jones.

New head coach Joe Judge might look at someone like Alabama Crimson Tide lineman Jedrick Wills Jr, to protect Jones in the 2020 season. Other options include Tristan Wirfs from the Iowa Hawkeyes, and Mekhi Becton from the Louisville Cardinals, both strong lineman with high draft grades.

While the draft odds favor these offensive linemen, don’t be surprised if the Giants end up going with someone like Clemson Tiger linebacker Isaiah Simmons. Simmons has a rare skill set that would fill some mighty needs on the Giants’ defense and comes with a huge ceiling.

Other rumors suggest that GM Dave Gettleman might be looking to trade down from the four spot, before or even during Thursday night’s draft. Gettleman has claimed before that his team is 'open for business' in regards to trading picks.

This would open up a plethora of options for the Giants, and benefit anyone looking to bet the field with the current odds.

If they decide to hang on to their pick, mock drafts are undecided on who will put on the blue hat in the first round. While most lean towards Wills Jr. or Wirfs, there are talks of the Giants possibly taking Ohio State Buckeye corner Jeffrey Okudah, or even touted receiver Jerry Jeudy from Alabama with the fourth overall pick.

Regardless of the speculation, these are some great odds to research and watch as the final week before the draft rolls on.