Skip to content
USA Online Sportsbooks | Sports Betting | NFL Draft Odds: Will a Tight End Go In The First Round? 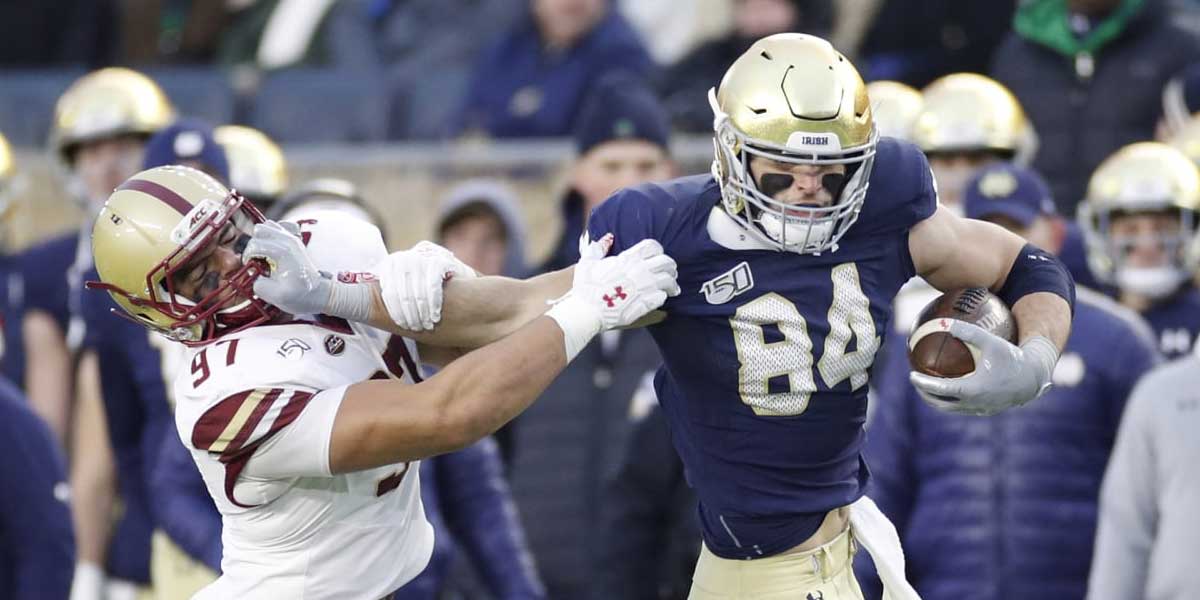 LAS VEGAS – Drafting a tight end in the first round is an infamously risky move. Usually, with a first-round pick, you want to maximize value and take the best player available that can make the biggest impact. Typically, this doesn’t lead to a tight end being taken with such a high-value selection.

This year’s NFL Draft is a prime example, with the batch of tight ends available looking less optimal than years prior. Oddsmakers are giving dismal odds for a tight end to be anywhere close to the first round.

Total Tight Ends Drafted in Round 1:

These are some massive odds to not see a TE go on Thursday night. Those looking to take the +240 odds would be expecting teams to take a huge reach.

Sports Notre Dame’s Cole Kmet is the best prospect in this year’s batch, according to multiple sources. Oddsmakers and sports bettors seem to agree.

Will Cole Kmet be the First Tight End Drafted?

Even with being the odds-on favorite to be the first TE off the board, Cole Kmet is still valued around the fifties when it comes to overall talent.

Historically, the decision to take a tight end in the first round has been vilified and scorned by fans across the nation.

Just last year, Iowa’s TJ Hockenson and Noah Fant were BOTH taken in the first round at #8 and #20, respectfully. This was virtually unheard of before last year, and the jury is still out on if the Detroit Lions and Denver Broncos made the right decision to draft high in search of the next Rob Gronkowski.

Time will tell if Hockenson and Fant will go the way of Eric Ebron, OJ Howard, and Evan Engram; all underused, but much-hyped first round reaches.

Those bettors looking to play it safe will take time to meander those -380 odds, as it would take quite the last-minute hype train to send Kmet to the first round.