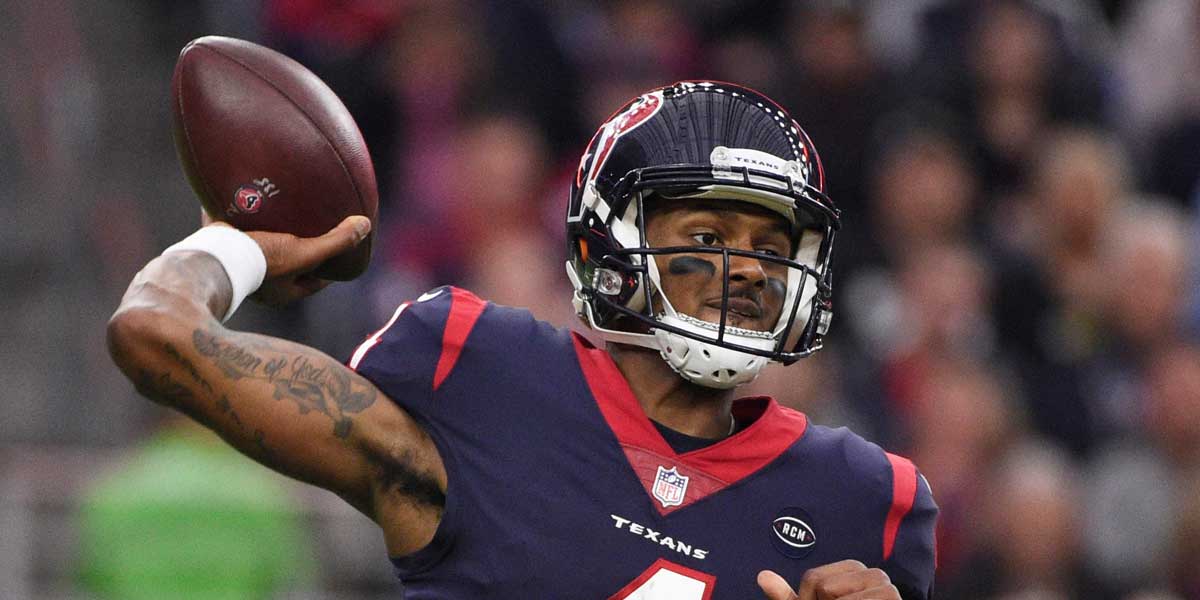 HOUSTON – The injury to Kansas City Chiefs quarterback Patrick Mahomes sent shockwaves throughout the NFL world on Thursday. Odds for the Chiefs to reach the Super Bowl will likely change by the week's end, but what might also change are Deshaun Watson’s odds to win NFL MVP.

Before the Chiefs played the Broncos this week, BetOnline had Deshaun Watson listed at +800 odds to win the NFL MVP. Other USA online sportsbooks, such as FanDuel Sportsbook, had Watson listed at +550 only two days ago.

Most sportsbooks had Mahomes as the favorite to win the award, followed by Seattle Seahawks quarterback Russell Wilson, and then Deshaun Watson. However, the injury to Mahomes will surely set him out of the top three. Either Wilson or Watson is expected to take his place.

Updated odds for the award won’t be released until after Monday Night Football so the exact odds will depend on how each QB performs this week.

While home-field advantage use to mean better performances from the home team in the past, that hasn’t been quite the case this season. According to CBS Sports, underdogs have taken over the 2019 NFL season with a 56-35-1 record heading into Week 7. Away teams were also 55-34-1 on the year.

While the Ravens defense doesn’t have the same tenacity and vigor as it once did in years past, the Ravens offense is more than capable of scoring points which could lead to another upset in Seattle. A loss would not help Wilson’s case for NFL MVP.

On the other hand, Deshaun Watson and the Houston Texans are playing the Indianapolis Colts. The Colts secondary has been riddled with injuries all season and this Sunday will be no different.

According to Coltswire, cornerback Kenny Moore will not be playing, cornerback Pierre Desir is a game-time decision, safety Malik Hooker is doubtful to play, and defensive end Justin Houston also reported a calf injury this week.

A banged-up defense against an offense with Deshaun Watson spells trouble.

If the Texans offense is able to perform at its peak and the Texans come away with a victory, you can be certain that the NFL MVP odds for Deshaun Watson will get shorter. There is a good chance he may even be leading the pack next week. Although, Online sportsbooks will be the ones to determine that.