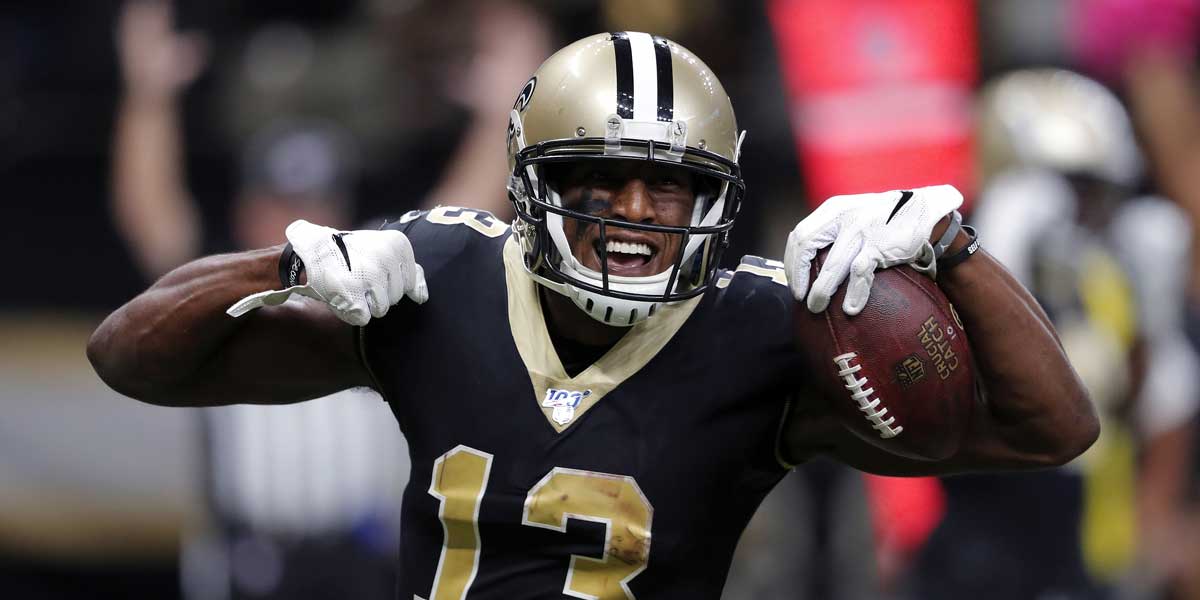 LAS VEGAS - The NFL is one of the few sports leagues that hasn’t yet announced a delay. Part of this is because they start in September, which could be enough time for this pandemic to be over with.

However, the sports betting world never sleeps and given that the NFL currently expects the season to occur, there are a lot of interesting prop bets available.

There are some really profitable odds for player performance to be found on some online sportsbooks. These NFL are just a few of the many that online bookmakers have begun to offer.

At the top of this list are some names that many seasoned NFL bettors will recognize, but there are certainly some surprises.

The first three names should come as no surprise. Michael Thomas, Julio Jones, and DeAndre Hopkins are three of the absolute best receivers in the league and should lead this category based on their production and history.

Following those three are the Tampa Bay Buccaneers duo of Mike Evans and Chris Godwin. They are trailed by explosive players in Odell Beckham Jr., Tyreek Hill, and Davante Adams.

Adam Thielen clocks in with +1600 odds and is joined by Amari Cooper, DeVante Parker and DK Metcalf.

One thing that really sticks out is how high the Bucs players are. It’s possible that, although Tom Brady is likely an upgrade over Jameis Winston, he won’t throw the ball as much because of his age.

Winston was famously a gunslinger and Brady is famously willing to take a back seat if need be. This bet is worth keeping an eye on.

For this section, the list of odds will come first, and be limited to five players - the ones with odds that are under +1000.

This is the cream of the crop as far as running backs go. These guys are all absolute studs and play with serious levels of dominance.

Derrick Henry is fresh off of a playoff performance reminiscent of Terrell Davis and put up nearly 200 yards per game in many of his later games of the season.

Christian McCaffrey has become an all-around monster, a threat in all areas of attack, and a true running back.

Nick Chubb is probably the most workmanlike of these backs. But, he has elite toughness and power and has been an incredible performer for the Cleveland Browns.

Dalvin Cook is lightning in a bottle - when he’s healthy. He is one of the best backs in the league, but he will need to stay on the field in order to compete.

Ezekiel Elliot is a pedigreed talent and one of the highest paid running backs in the league. Leading the league in rushing could make that contract a bit more palatable for the Dallas Cowboys.

Finally, the passing leader prop betting section. All the usual suspects are at the top, with one genuinely notable absence - last year’s passing leader!

Topping the list is the returning Drew Brees. After some uncertainty about his future, Brees returned to the New Orleans Saints on a two-year deal and returned to the top of this odds chart.

Next, Patrick Mahomes clocks in with +600 odds. The reigning Super Bowl MVP, and presumptive best player in the league, Mahomes has a chance at another trophy for his burgeoning trophy case.

Aaron Rodgers checks in with +800 odds. The venerable veteran has aged gracefully but was called upon less last year with the emergence of Aaron Jones from the running back position. Time will tell if Rodgers sees the volume to compete for yards leader.

The Atlanta Falcons signal-caller Matt Ryan has the same odds as Rodgers with +800. The Falcons had a season to forget - can Ryan lead them to the promised land? The help of Todd Gurley may aid in helping the team get back to the promised land, but with more carries means fewer pass yards for Ryan.

Tom Brady, aka Tompa Bay, has similar odds. Brady is now partnered with two of the best receivers on the planet in Chris Godwin and Mike Evans. Will that be enough to put a 43-year-old in the conversation for leading the NFL in passing yards? These receivers may have to accumulate many yards after the catch to make that happen for him.

There is one notable omission from this list - 2019-20’s passing yards leader Jameis Winston. The sportsbooks are showing no respect for Winston, despite his Lasik eye surgery. Winston clocks in with +4000 odds.

Those discussed are the favorites, so if any sports bettors have an idea for a good underdog to bet on, they should check the sportsbooks now while the odds are long for them- the odds will surely change once the season starts.