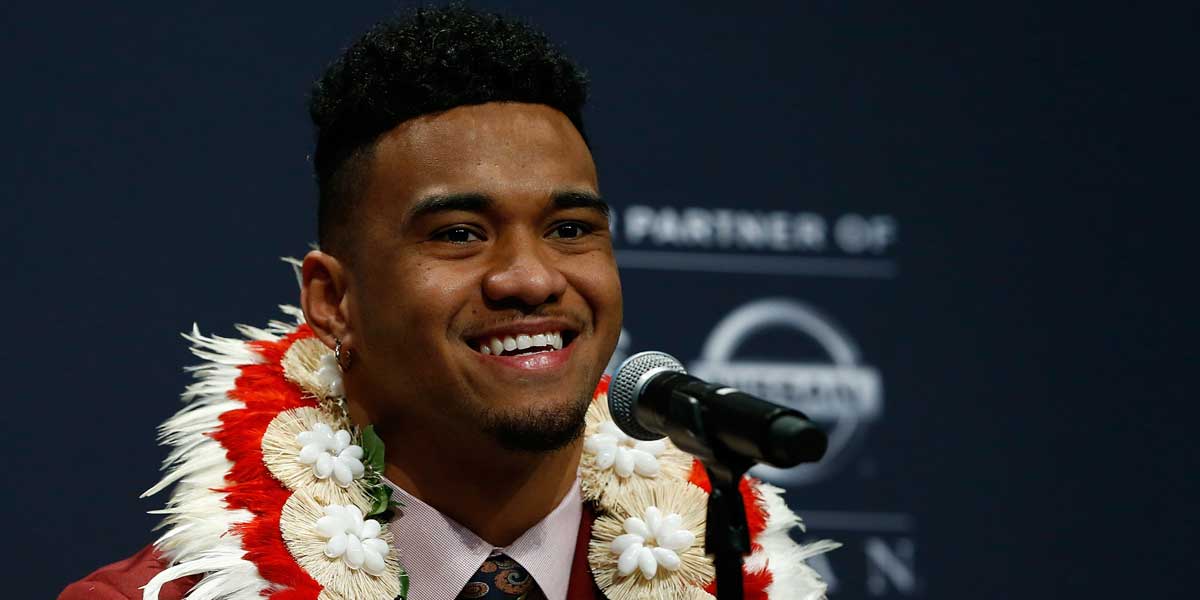 LAS VEGAS - With the NFL Draft now over and teams boasting new rosters, it’s time to take a look at how the offseason acquisitions have affected teams projected win totals. Sports bettors are taking action on if teams will have better or worse seasons in 2020.

After drafting Alabama Crimson Tide QB Tua Tagovailoa, the Miami Dolphins, who won just five games last season, are projected to win at least one more game this season, with online sportsbooks hosting odds for whether they will win over six games.

NFL sports bettors are also taking action on the Dallas Cowboys, whose offense is expected to improve after drafting wide receiver CeeDee Lamb.

Starting with the Miami Dolphins, sports bettors are leaning towards them improving in wins this season, with the Over 6 wins having the shortest odds at -150.

Miami selected Tua at number five in the draft. The Dolphins have not drafted a QB with the pedigree of Tua since drafting Dan Marino in 1983. The young QB is also excited to join the Miami organization, creating a possible match made in heaven.

"A dream come true," said Tagovailoa after being drafted. "A special day for both me and my family.”

Sports bettors are expecting Tua’s presence to increase the Dolphins total wins this season after having a horrendous 2019 run. However, it is unknown when Tua will play, as the Phins may want him to sit the season and get fully healthy following his injuries.

The Dallas Cowboys win total odds also have sports bettors betting the Over. The addition of WR CeeDee Lamb to the Dallas offense has sports bettors taking action on them winning 10 or more games this upcoming season. The Cowboys were 8-8 last season.

CeeDee Lamb was considered the best WR in the draft, and sports bettors were surprised he wasn’t the first receiver chosen. The Cowboys were lucky he fell to the 17th pick.

The team with possibly the biggest change this offseason didn’t even gain the projected jump from the draft. The Tampa Bay Buccaneers are now projected to win 10 games or more, up from 7 last season.

Sports bettors are leaning heavily towards the Bucs improving this season after signing Tom Brady and his running mate Rob Gronkowski.

Sports bettors will find no shortage of NFL betting lines at online sportsbooks. Odds for NFL team win-totals will likely continue to shift over the offseason, with free agents still on the market that could potentially bolster a team’s ability to win football games.