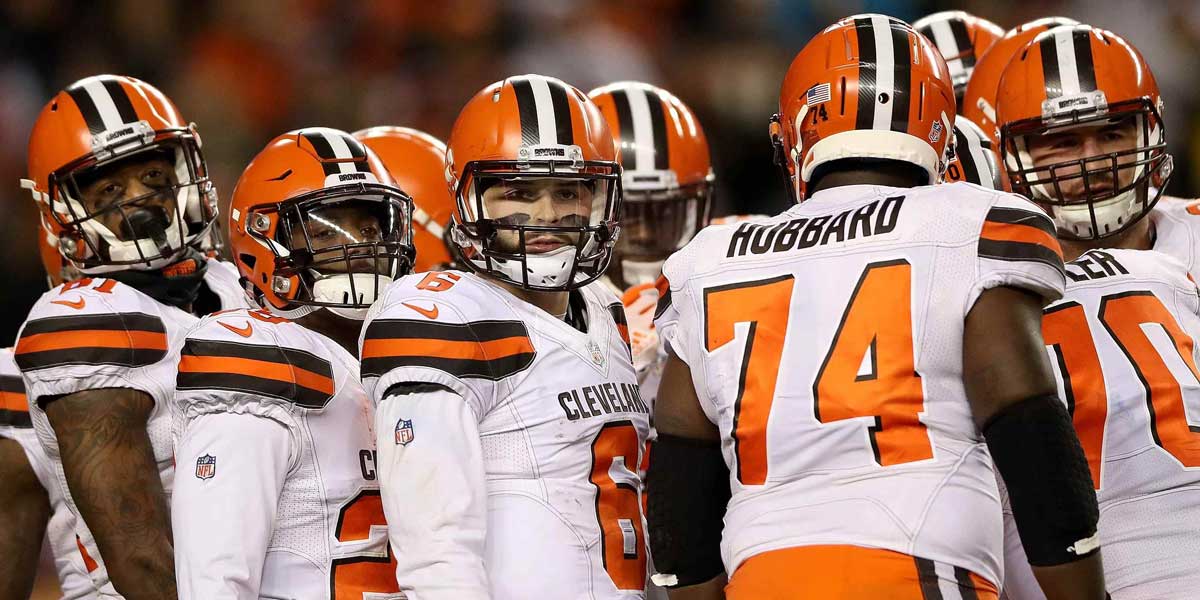 TALLAHASSEE, Fla. – Week 4 is upon us and the NFL betting lines are being scanned for the best action available by bettors. This week begins the nine straight weeks of at least two teams having a bye week.

For Week 4, the 3-0 San Francisco 49ers will go another week without having a loss to their name, while the 0-3 New York Jets will have to wait another week at least before they can get their first win.

With that, 16 teams will take the field during the 1 p.m. EST games, as another eight teams sit in the wings, ready to begin their games at the four o’clock hour. The Sunday Night Football game for Week 4 will be a battle in the Superdome, as the 2-1 New Orleans Saints play host to the 3-0 Dallas Cowboys.

But there are three games, in particular, that stand out as the best NFL games to bet on for Week 4.

Remember when the Browns were hyped up as Super Bowl contenders? Then they lose the opening game to the Tennessee Titans and people have completed dropped the Browns off of their radar.

They come into Week 4 hungry for another victory and could find it against the now over-hyped Ravens. With a spread of 7-points, taking the Browns would be a wise decision.

With the Browns covering two of the last three meetings, don’t be surprised to see a Browns’ road win. For those who have the utmost faith in the Browns to win (+255), they should also consider taking the moneyline.

This line opened at 3-points in favor of the Ravens. After a four-point swing in favor of the home team, all signs point to fading the public here. The game kicks off at 1 p.m. EST on CBS.

The Colts have been winning games despite not having Andrew Luck running the show. Jacoby Brissett has filled in quite nicely, as he has completed 71.7% of his passes with seven touchdowns and only one interception to his name.

Meanwhile, the Raiders come into the game having one of the most subpar defenses in the game today. They allow nearly 400 yards per game, 6.5 yards per play, opposing offenses to convert 3rd downs at a rate of 53%, and have 217 penalty yards – all of which are in the bottom quarter of the league.

Still, that hasn’t stopped the under from hitting in four of the last five Raiders’ games and Indianapolis is right there with them. In the Colts’ last dozen games, the under has hit eight times.

The under for the Raiders-Colts game is set at 44.5 points, while the spread is 6.5 points in favor of the home team.

All signs point to taking the Raiders with the spread, as Oakland has covered the spread seven times in the last ten games played against Indy. Furthermore, they have won five of the last seven when they traveled to Indianapolis to take on the Colts.

If bettors continue to have faith in a Raider’s victory, or a Colts’ mess-up, taking the Raiders on the moneyline (+250) provides an excellent payout. Be sure to tune in to the Raiders and Colts game at 1 p.m. EST on CBS.

The Broncos are playing host for the second time this season and are also looking to get their first win of the year. Things have declined mighty rapidly since the Super Bowl days a few years ago, and now they sit at 0-3 with the mindset of tanking or floating into mediocracy.

As for Jacksonville, the season looked all but over when Nick Foles was injured in Week 1 but the Jags have fought to keep their season alive under Gardner Minshew II.

Both of these teams live off of bettors taking the under, though the projected points total for the Jaguars and Broncos game is set at 38-points. This low over/under may seem risky to take, but keep in mind the total has seen the under hit in five of the last six Jags’ games as well as 11 of the last 12 Broncos’ games.

Add in the fact that the weather conditions project 20 mph winds. With this, kicking field goals may also come easy for these two teams. The Jags are 3-point underdogs, and riding this option seems to be the favorite in terms of betting trends.

Not only is Denver on a seven-game losing streak between this and last season, but they also have only covered the spread at online US sportsbooks once in that time span. As the favorite in the game, look for the Jags to cover – which they have done four of the last five times these two teams met.

Don’t miss out on the action, as the kickoff for the Jaguars and Broncos game takes place at 4:25 p.m. EST on CBS.