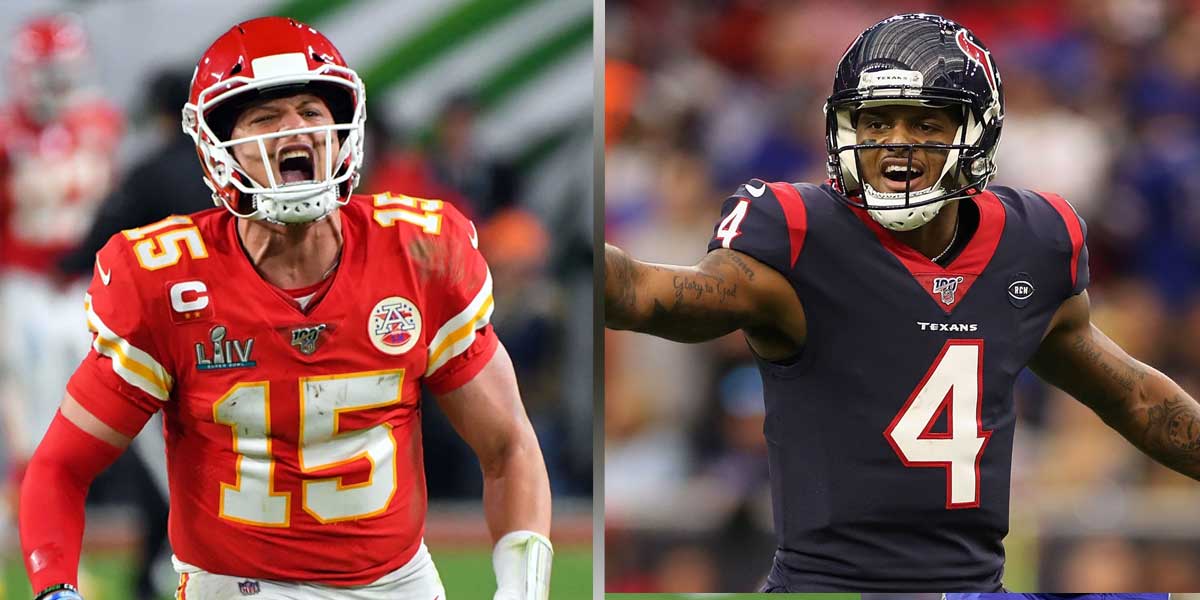 KANSAS CITY – With the NFL kickoff finally here, the defending Super Bowl Champions, Kansas City Chiefs, will be taking on the Houston Texans in a rematch of the 2019 divisional round.

There should be no questions as to why the Chiefs are seen as the heavy favorites at online sportsbooks as they have been able to keep their dynasty in place while the Texans had a rough offseason.

As mentioned before, the Chiefs are heavy favorites over Houston for a reason as they have been able to keep all of the core pieces of their team together while the Texans lost their one of their main pieced in DeAndre Hopkins.

The last time these two played, the Chiefs had rallied back from a 24-point deficit to win the game in the playoffs. There really should not be many questions here, the Chiefs are the Super Bowl Champs while the Texans identity is yet to be found.

Looking at the point total, the under is the slight favorite here and it should be considered.

There are no doubts that the Chiefs will be able to keep up with their side of the scoreboard but no promises can be made on the Texans as no one knows what to expect from a team that just lost their best receiver.

One thing that bettors can take into consideration when looking at the over, however, is that matchups between Patrick Mahomes and DeShaun Watson are almost always high scoring.

As for the spread, it is rightfully favored towards Kansas City but bettors should not jump to conclusion and bet on them to cover the spread right away.

Although they have one of the most unstoppable offenses in the league, their defense could be shaky at times as in 12 games last season including the playoffs, they allowed for three or more touchdowns. Being that the Chiefs defense has pretty much remained the same, this could be a factor in Houston beating the spread.

As the NFL season has finally arrived, there are plenty of NFL prop bets that come along with it.

One prop bet to look at is what the first offensive play of the game will be. A run play of favored to be the first play at -165 while a pass play has +125 odds. If the Kansas City Chiefs get the ball first, bettors who take the chance on a pass play could be in line for a nice payout as they are a pass-heavy team.

Though this has happened before with these two teams, it is very difficult to accomplish and could leave bettors with a nice payout.