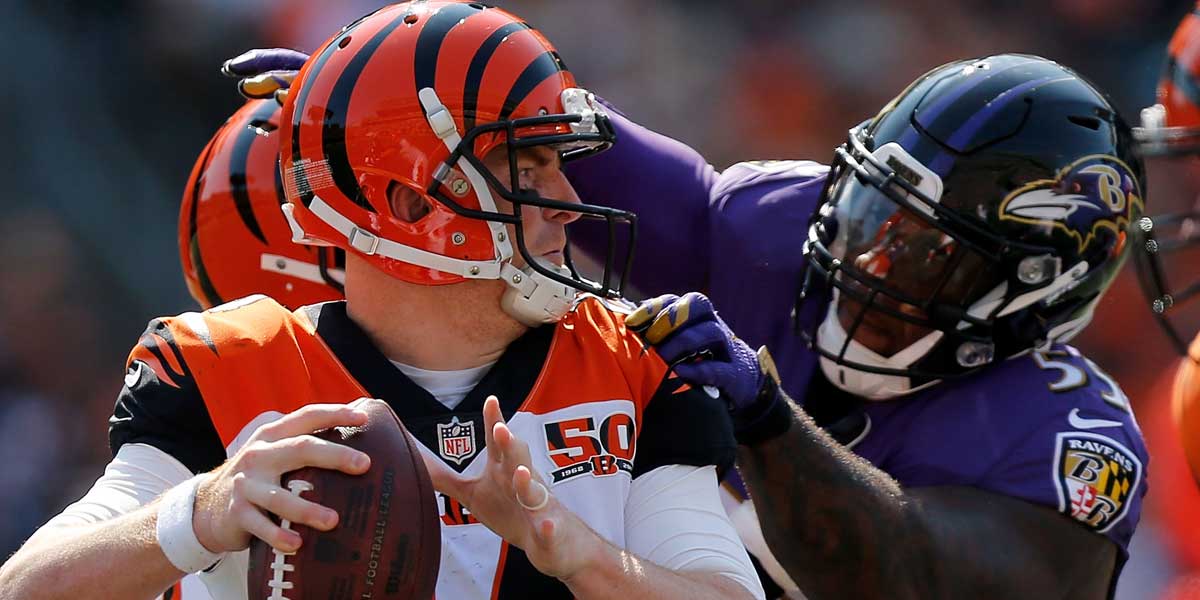 BALTIMORE, Md. – Week 10 of the NFL started off with a close game between the Oakland Raiders and Los Angeles Chargers. The weekend's slate of games provides bettors with even more opportunities to cash in on some premier matchups.

Week 10’s best bets lie within three matchups, with two of them being between potential NFC playoff teams.

The Baltimore Ravens (-600) are fresh off of a victory over the previously unbeaten New England Patriots and that momentum should allow them to easily cruise to a victory over the winless Cincinnati Bengals (+450). The Ravens are 10.5-point favorites in this matchup and they’ll likely beat the Bengals by more than 10 points simply because the Bengals will have no answer for the Ravens potent offense. When these teams met in Week 6 earlier this season, the Ravens won by a score of 23-17.

The total for this game is set at 44.5 and the Over might be tough to hit in this one, so the Under is probably the safe bet. Andy Dalton started at quarterback for the Bengals in that game and he won’t be the starter in this game. This should only increase the margin of victory for the Ravens as rookie quarterback Ryan Finley will be making his first career start. The Ravens have been one of the best teams all season and should win easily as Lamar Jackson continues to make his case for the NFL MVP award.

The Minnesota Vikings (+145) travel south to take on the Dallas Cowboys (-165) in what could be a potential NFC playoff matchup. The Cowboys are 3-point favorites at home and this matchup will feature two of the best running backs in the NFL in Ezekiel Elliott and Dalvin Cook.

The Vikings have won four out of their last five games but will be without wide receiver Adam Thielen in this game, which hurts the Vikings chances of pulling off the upset on the road. The Cowboys are on a two-game winning streak following wins against the New York Giants and Philadelphia Eagles. The total for this game is set at 48, with two of the better defenses in the NFL playing. The Under seems likely in this matchup and history supports this notion as the total has gone under in four of the last five matchups between the Vikings-Cowboys.

This will be a playoff-like atmosphere in Dallas and this game should come down to the wire. Vikings quarterback Kirk Cousins has a 1-6 career record against the Cowboys and their defense should be able to prevent Kirk from finding a rhythm in the passing game. The best in this matchup is taking the Dallas Cowboys SU because the Vikings have not been good on the road this season with a 2-3 record.

In what is widely considered the game of the week, the Seattle Seahawks (+220) are on the road against the undefeated San Francisco 49ers (-260). USA sports betting sites have the 49ers as 6-point favorites at home but that shouldn’t keep you from placing a bet on the Seahawks in this one. In their last five games playing the 49ers on the road, the Seahawks have a 4-1 record.

Seattle quarterback Russell Wilson has been playing phenomenal and is currently leading the NFL’s MVP conversation. Wilson has the most touchdown passes in the NFL and also leads the NFL in QBR at 78.6. The 49ers defense will have a tough task trying to stop the Seahawks which makes the 47-point total in this matchup seems likely to go Over.

If the 49ers can get their running game going and keep Russell Wilson on the sidelines, then they’ll have a much better shot at winning this game. However, the best bet in this matchup is with the Seahawks as it’s tough to bet against Russell Wilson right now especially if the odds will bring a good return.