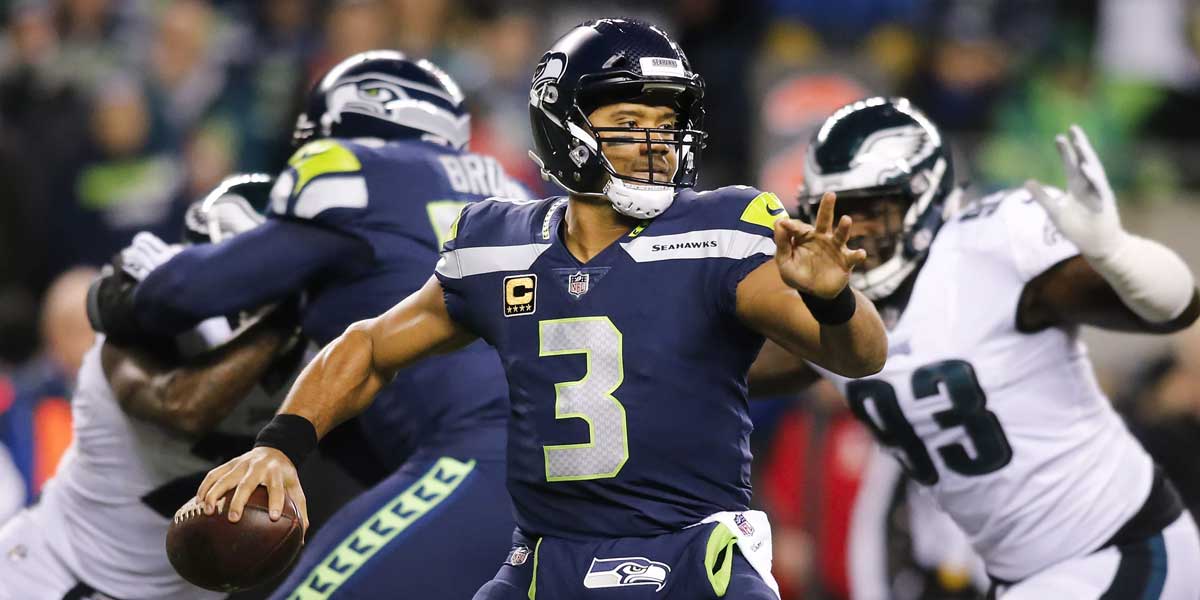 ATLANTA – Week 12 of the NFL is underway after the Houston Texans took down the Indianapolis Colts 20-17 on Thursday Night Football. The weekends’ slate of games will provide bettors with even more opportunity to cash in this NFL season. There are three matchups that provide bettors with the best chances to win this week.

The Seattle Seahawks (+100) have enjoyed an 8-2 start to their season thanks to the arm of their quarterback Russell Wilson, who is in the discussion for the NFL’s MVP award.

The Philadelphia Eagles (-120) have been an inconsistent team that has been plagued by injuries and dropped passes this year. Coming into this game with a 5-5 record, the Eagles are 1-point favorites to beat the Seattle Seahawks at home.

The total for this game is set at 48, which should make the over a comfortable bet.

The best bet in the Seahawks-Eagles matchup though will be on the Seahawks money line. Seattle has a 6-1 record SU against the Eagles in their last seven games. Russell Wilson has been the best quarterback in the NFL this season and he’ll likely dice up an Eagles secondary that has been plagued with injuries.

Betting on a Seahawks victory in this game will be one of the easiest ways to win on NFL betting this weekend.

In a clash of two teams fighting to get out of the basement of the NFC South, the Tampa Bay Buccaneers are the road team taking on the Atlanta Falcons.

This will be the first time these two teams have met all season and the winner of this game will have sole possession of third place in the division. Both teams come into this game having identical 3-7 records and the playoffs are likely out of reach for both teams already in a very competitive NFC.

The Atlanta Falcons come into this game as 3.5-point favorites looking to extend their five-game winning streak to six over the Buccaneers.

The Falcons and Buccaneers both have potent passing attacks. Atlanta has the third-ranked passing offense averaging 300.3 yards per game, while Tampa Bay is right behind them as the fourth (285.6).

Each team ranks in the bottom half of the league in passing defense and can be exploited through the air, which makes placing a wager on the total going over the 51.5-point mark the best bet to take in this contest.

These two teams historically have had no problems scoring on each other as the total has gone over in five of the last six meetings when the meetings are played in Atlanta.

The Chicago Bears (4-6) and New York Giants (2-8) are two teams that find themselves out of playoff contention already this season. However, this doesn’t mean this matchup still can’t provide bettors with the opportunity to turn a profit at sportsbooks.

Online US sports betting sites have the Bears at 6-point favorites on the road to beat the Giants. Chicago’s defense is what has kept games close for the Bears because the offense has been dismal all season. Second-year quarterback Mitchell Trubisky has regressed and the Bears offense tallies only 262.7 yards per game.

The Bears a season ago were a playoff team and won the NFC North division title – this season they won’t even have a winning record.

The Giants offense has had problems holding onto the ball this season as they lead the NFL in fumbles lost with 14. The Bears defense is still one of the best units in the NFL despite having an offense that cannot put points on the board. This will be a tough game for the Giants to pull off an upset especially with New York running back Saquon Barkley struggling recently.

In his last game against the New York Jets, he only recorded one rushing yard on 13 carries. The Bears defense will make it tough for the Giants to get any sort of offensive rhythm, and that can explain why the total in this game is set low at 40.5.

In what will be a low scoring affair, the best bet in this matchup is still taking the under, as two struggling teams will have problems putting points on the board against each other.