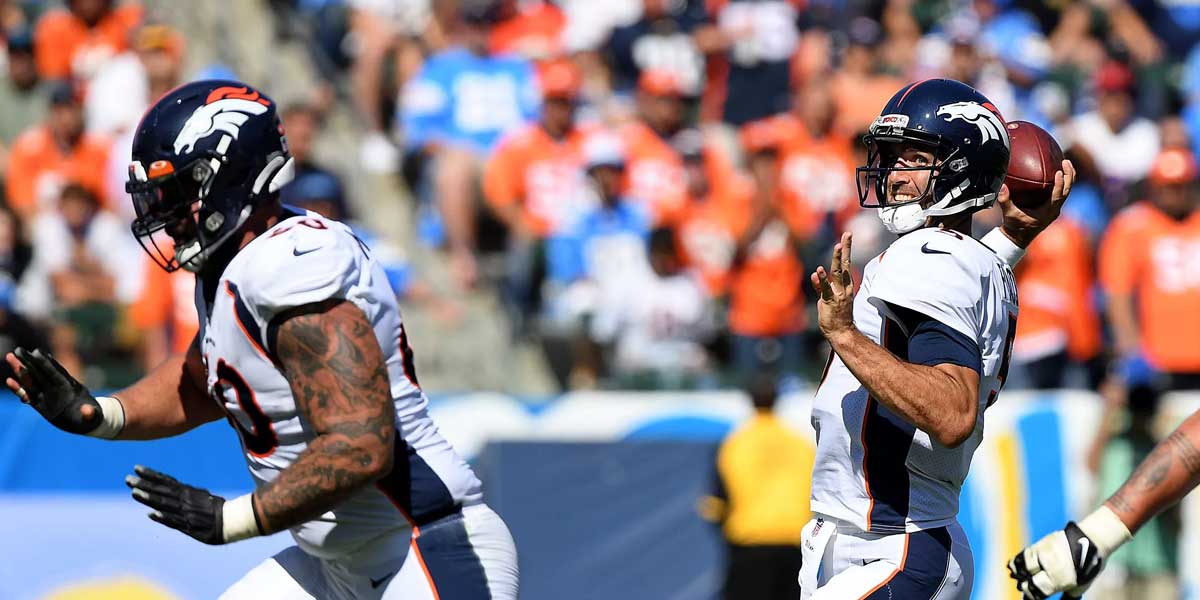 TALLAHASSEE, Fla. – Another week of betting action is in the books as the NFL regular season is now a third of the way through. Week 6 of the NFL brought many upsets, as the underdogs were able to take control in a variety of games.

With seven underdogs hitting their mark, a bettor could have turned $100 into nearly $38,000 had they parlayed the correct action. Though this wager was not submitted, many others were that made the sportsbooks smile and pout.

DraftKings Sportsbook saw some of the biggest turnover this week, as one bettor hit a monster 10-team parlay. Spanning across the MLB playoffs, college football, and NHL hockey, the bettor collected $14,476.02 on their winning wager.

One bettor had quite the weekend, hitting on a ten-leg parlay which included:

Additionally, DraftKings paid out 2% of their bettors' odds of +3600 on those who took the “any other” Pittsburgh Steelers player to score first. While some bettors risked $5, one bettor walked away with $3,600 from their $100 risk.

One bettor put $100 on "any other Pittsburgh Steelers player to score first" and got paid out $3,600! 🤑 pic.twitter.com/fExySsMcXr

PointsBet is known for its unique betting style, but one bettor can win big on a simple 5-leg parlay. With four of the legs completed, a Green Bay Packers victory covering the 4-points given in favor of the Packers will pay the bettor $48,600. In this wager, the bettor risked $2,000 taking a chance on two MLB playoff games and three NFL football games.

The Seahawks trail the Browns by 2 at half...👀 pic.twitter.com/2UY5VUyCwn

Aside from the parlays and farfetched prop bets, bettors also fared well against the books in a few straight-wagers.

The Seattle Seahawks were one of the biggest killers for the US sportsbooks. Almost 90% of action on the Seahawks and Cleveland Browns game was on the Seahawks at DraftKings. FanDuel saw the number slightly lower at 79%, and PointsBet didn’t fare much better, losing 72% of the money bet on the game.

However, it wasn’t only good for bettors and bad for the sportsbooks during Week 6 of the NFL. Between the Tennessee Titans, Dallas Cowboys, LA Chargers, and Kansas City Chiefs, the sportsbooks were able to salvage their week.

Westgate Las Vegas seemed to be the happiest with the favorites going down. One bettor risked $22,000 on the Chiefs with the 5-point spread and another wagered $20,900 on the Chargers to cover 6.5 points.

Neither of these bets hit, helping Westgate end the day on a positive note. These two games also were responsible for killing many parlays, giving the sportsbooks the ultimate edge to close the week.