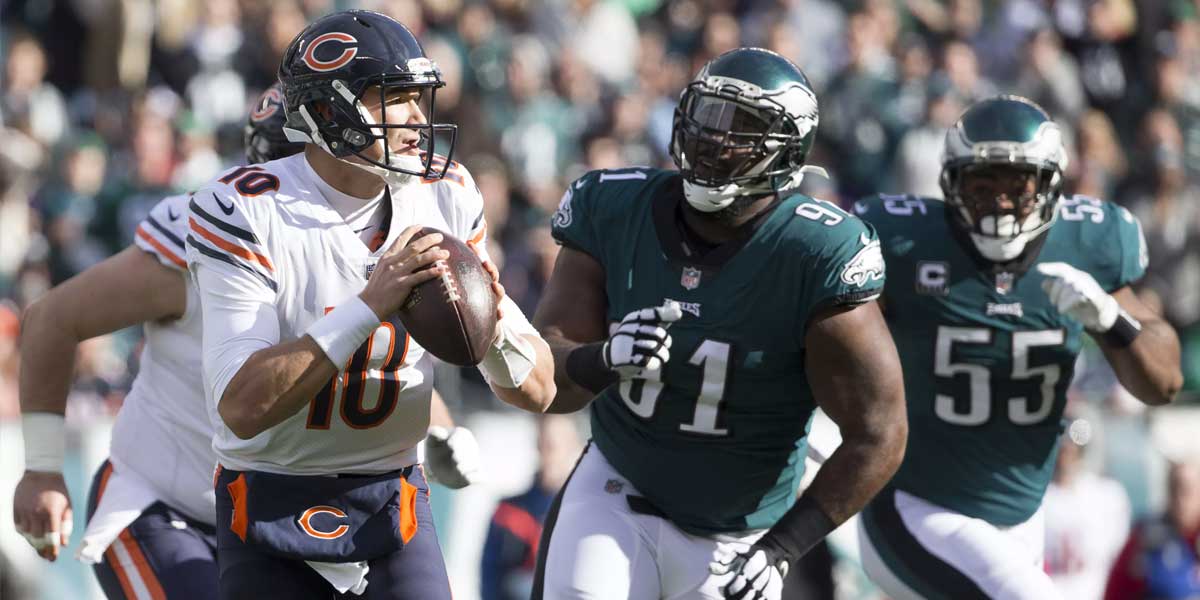 TALLAHASSEE, Fla. – As some teams have played half of their games on the NFL season, some others are a game behind. Regardless, the Week 9 NFL betting action provides an interesting slate of games, as multiple divisional games provide familiar foes for some team while others are playing teams they haven’t faced since 2015.

No matter the selling point behind the game, there are always bets to be found… and the best bets for Week 9 of the NFL come from three games.

They come into this 1 p.m. EST matchup with playoff hopes potentially on the line so all is sure to unravel for one of the organizations. The visiting Bears (+185) are underdogs in the game after the team missed a game-winning field goal last week. Coming off of a win, the Eagles (-210) seem fully prepared to not only win by cover the 4.5 points they are giving.

Assuming Miles Sanders can keep an injury at bay and find ways to break off for big plays like he has all season, the Eagles should have no problems securing the win. However, this Chicago defense won’t just keel over, as it will take much effort from the rookie running back.

Bettors may be hesitant to put a risk on Philadelphia -4.5, as this is an awkward football betting number. Teams can easily win by four points by scoring a touchdown as opposed to a field goal more than their opponents. Instead, bettors can look at the Eagles' first-half betting line (-3). This seems like a much safer play, as the Eagles are in the top third of the NFL for first-half scoring while the Bears are in the bottom third.

Cleveland will be traveling west to face off the Denver Broncos in this 4:25 p.m. EST kickoff. The Browns were heavily hyped in the preseason but halfway through the year, their laughing and confidence have slimmed down. However, when the media and betting boards stop building up and overhyping a team, they usually come more prepared to play.

The Browns have had one of the hardest schedules in the NFL thus far and will face a Broncos team that is starting a quarterback who has never played a single snap in the NFL. While this could create a fantastic moment and headline for the young quarterback in Brandon Allen, smart bettors are risking their money on the Browns.

On the moneyline, the Browns are -210 and must win by 5 to avoid a push from the 4-point spread in their favor. The Broncos (+180) are the underdogs at home and will attempt to avoid losing nine out of their last 11 home games.

When facing off against the Browns at home last year, the Broncos lost 31-17, as the Browns held them to just 32 rushing yards at 1.6 yards per carry. If this game is anything like last year, we should expect to see not only a cover on the spread but a win from the Browns.

As the first major opponents that the New England Patriots have to play, don’t expect them to dominate the Baltimore Ravens like previous opponents. The Pats have had the easiest schedule of any league in the league thus far and the Ravens will look to teach the Patriots they aren’t the Super Bowl ready team that everyone believes.

Still, the Ravens (+135) haven’t had a much harder schedule but aren’t shy when facing off against the Patriots (-155). The Pats do have the 10-3 series lead over the Ravens and also have a three-game win streak in the works.

As well as the Patriots have been playing, it would be hard to bet on them to cover the 3-point spread or to win outright. At the same time, betting on the Ravens to cover is tough as well. Bettors instead should focus their attention on the over/under which US sportsbooks are setting at 44.4 points.

In the last five games that these two teams have played against each other, at least 41 points were scored in all of them. Though the one under loner sits there, these two teams have also scored as much as 48, 53, 61, and even 66 points in their last meetings. Even further, in the last three meetings, the Patriots have scored at least 30 on the Ravens. Bettors should be safe taking the over here.