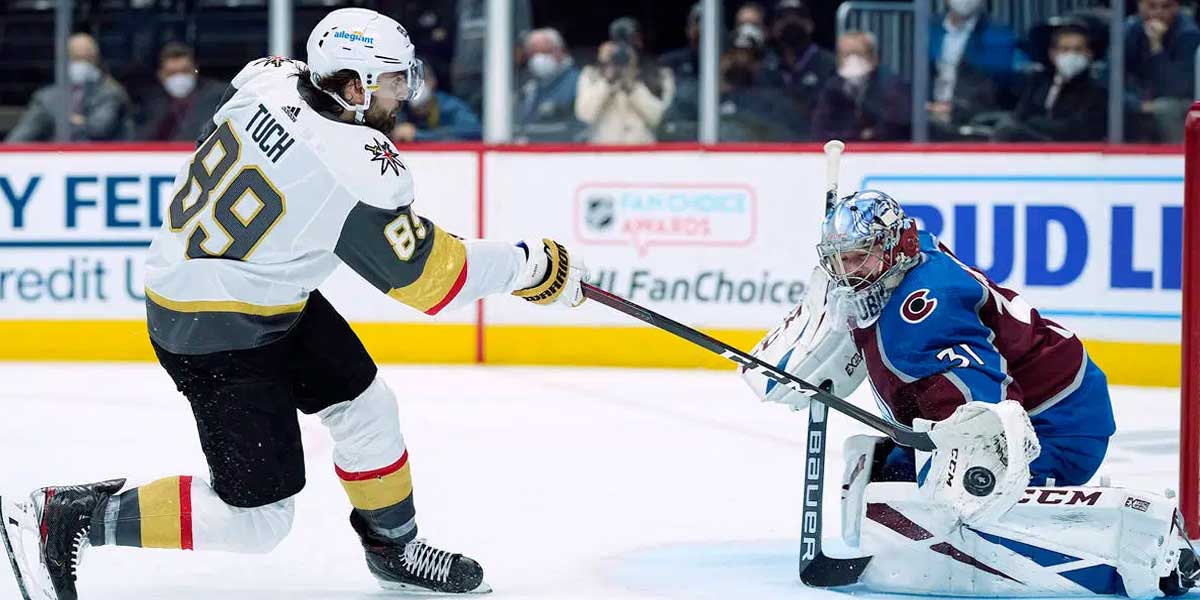 DENVER – With the series tied at 2-2, the Vegas Golden Knights will travel to Denver to face the Colorado Avalanche for Game 5. Vegas has won each of the last two games but remain as underdogs.

Since winning Game 1 by six goals, Colorado has been outscored four goals.

Things were looking pretty grim for the Vegas Golden Knights when they went down 2-0 in the series but have managed to fight back and even up the series. With momentum on their side, they are listed with odds of +130.

Online sportsbooks may be undervaluing the momentum that Vegas has built up leading into Game 5. Many believe the Golden Knights should be the favorite in this matchup and those can receive some generous odds.

Given the way this series has played out, this line seems right on the money. Two games have gone Over this total and two have gone Under, but even the two that went Under were at five goals. With at least five goals in all four games this series, the Over may have value, especially as the underdog.

These teams combined to score an average of 6.91 goals per game in the regular season as two of the top three scoring offenses in the NHL. Colorado has also been the top-scoring unit in the playoffs as the only team to average more than 4 goals per game.

All things considered, the over seems to not only be the safer play, but NHL bettors can get plus-money value on it as well.

Game 5 is set to start 9 p.m. EST with coverage on NBCSN.