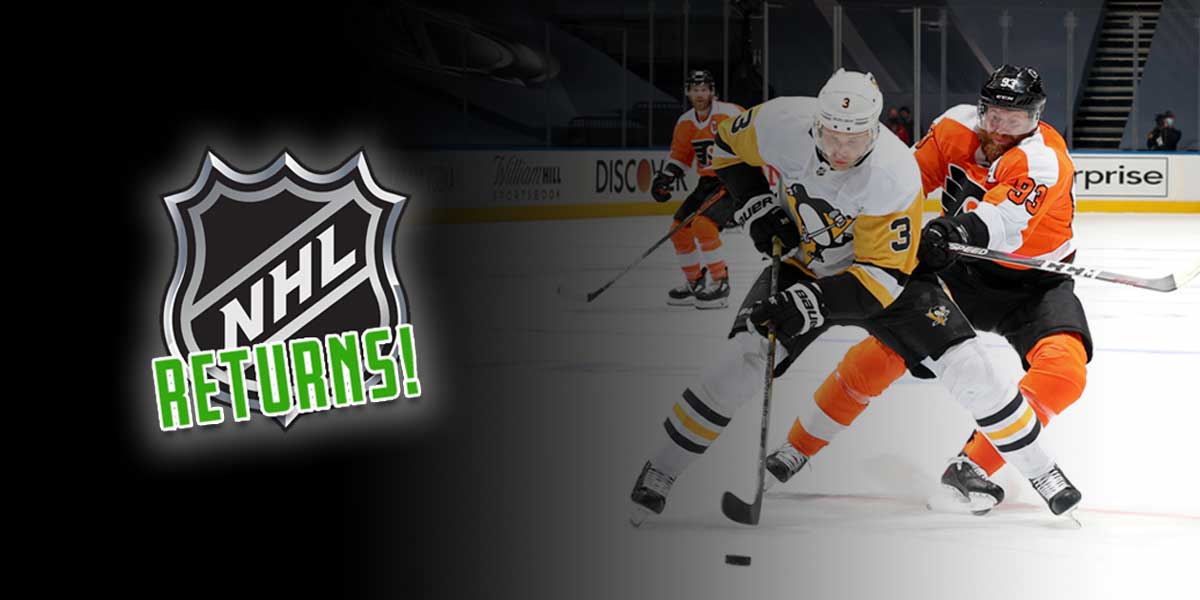 EDMONTON, Canada – NHL bettors and fans will have their hands full Saturday as the NHL’s long-awaited return is finally here and will take place starting at 7:00 p.m. EST.

The league will jump right into a 24-team playoff which will take place between Edmonton and Toronto Canada.

Kicking off the NHL’s return, the Edmonton Oilers will go up against the Chicago Blackhawks in which they are favored to win.

Bettors should not shy away from betting on the Oilers NHL odds here despite them losing two of the three games in this matchup earlier in the season.

The Oilers have been having a great season as they are second in the Pacific Division at 37-25 while the Blackhawks are sitting in last in the Central Division with a 32-30 record.

As for the spread, the Oilers have covered it in three of their last five wins and the last time they played Chicago.

Bettors looking for a risk could certainly take the Oilers side of the line for a nice payout.

Looking at the over/under for total points, the two went over in two of their previous three meetings this year. In the Oilers' last ten games, they only went over three times while Blackhawks over in five of their last ten.

The Pittsburgh Penguins will be taking on the Montreal Canadiens as well as a part of the opening night games. These two have also faced off three times before where the Penguins have won two of those games.

Online sportsbooks have the Penguins as the clear favorites here for a reason as not only did they defeat the Canadiens in two of three games, but they have been very strong this season as they are tied for second in wins in the Metropolitan Division at a 40-23 record.

The Canadiens, on the other hand, have had a rocky season as they are fifth in the Atlantic Division with a 31-31 record. Knowing this, bettors can and should be betting on the Penguins for easy success.

The over/under here favors the under for a reason as in all three games that they played before they stayed the under.

However, those that want to make a riskier bet and take the over can do so also as in their last ten games, the Penguins hit the over seven times including their last five games. The Canadiens have had similar success as they have gone over in five of their last ten.

If bettors want to ride both of their hot hands here, they will not be upset.

Who Will Win The Stanley Cup?

With the playoff beginning Saturday, NHL analysts are weighing in on their Stanley Cup predictions.

This could be a great bet for anyone looking for a team out to prove themselves.

As for the Bruins, they have had a tough time matching up against some of the league’s best. They also have not beaten the Colorado Avalanche at all this year which is concerning.

Bettors should keep looking towards the favorites or a potential underdog before the Bruins. As for the Avalanche, they have been able to pull their own weight as they are tied for the third-best record in the league.

They clearly can be considered a threat to win the Stanley Cup as they also beat the Bruins twice and even the Lightning once. They could be a potential dark horse team and offer a great payout with it.