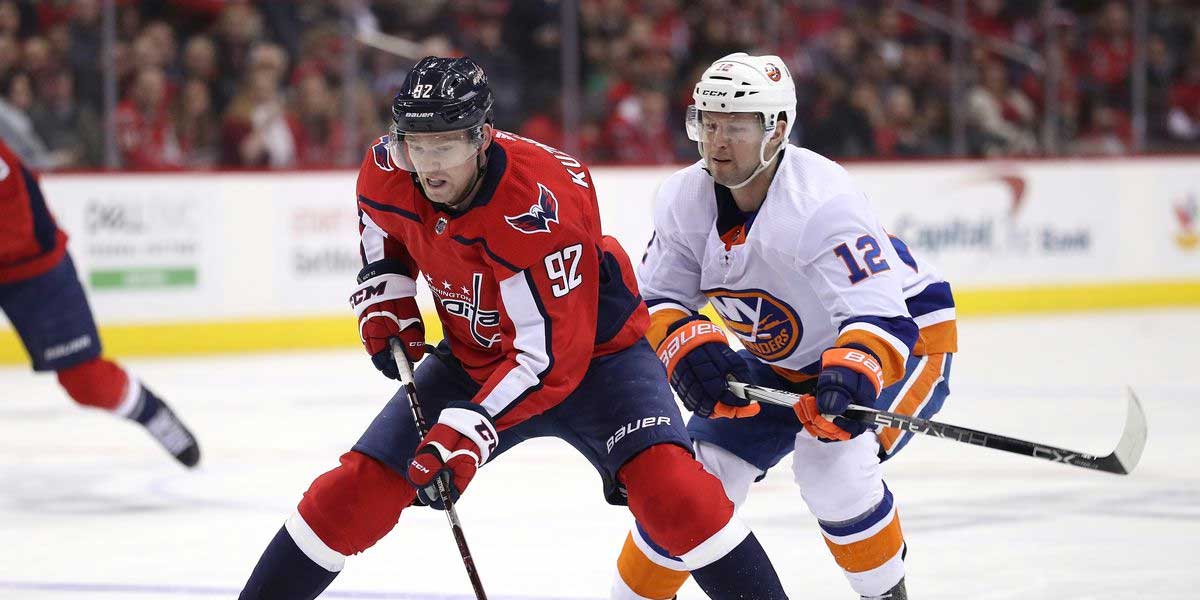 BROOKLYN N.Y. – Sole possession of first place in the East will be up for grabs when the New York Islanders host the Washington Capitals on Thursday night. Online sportsbooks predict a close game, leaving the betting public an opportunity to cash in on some favorable odds.

The Washington Capitals and New York Islanders have already played twice this month, and for Capitals goaltender, Ilya Samsonov, it was a tale of two games. In the first meeting, Samsonov allowed six goals on just 24 shots. However, he played better in the second game, saving 21 of the 22 shots he faced.

Semyon Varlamov didn’t have his best showing in the first meet up either, allowing four goals on 22 shots, but was able to turn away all 29 shots he faced in the second meeting. Anyone who may be betting on the total of the game, may need to decide which form of these goalies will show up Thursday night.

The Capitals and Islanders have identical records, but have gotten to this point is very different ways. The Caps are a high-powered offense and have scored the most goals in the NHL. The Islanders have had success due to their defense and goalie play, allowing just 105 goals this season which is third-fewest in the league.

Washington has the best power play unit, scoring on 27.6% of their opportunities, but also excel on the penalty kill as they prevent a goal on 83.5% of their man-down situations. New York’s strength lies in their even strength abilities. They have allowed the fifth-fewest goals at even strength this year.

The Capitals are both 0-4 in their last four games as an underdog and as a road underdog. The Islanders have won three straight games against the Capitals, but the underdog is 12-5 SU in their last 17 meetings. The home team has also won each of the last five games.

The Over has hit in each of the Capitals last seven games, but the Under is 7-1-1 in the Islanders last nine games. These contrasting trends may indicate why such close odds are being offered at different sports betting sites.