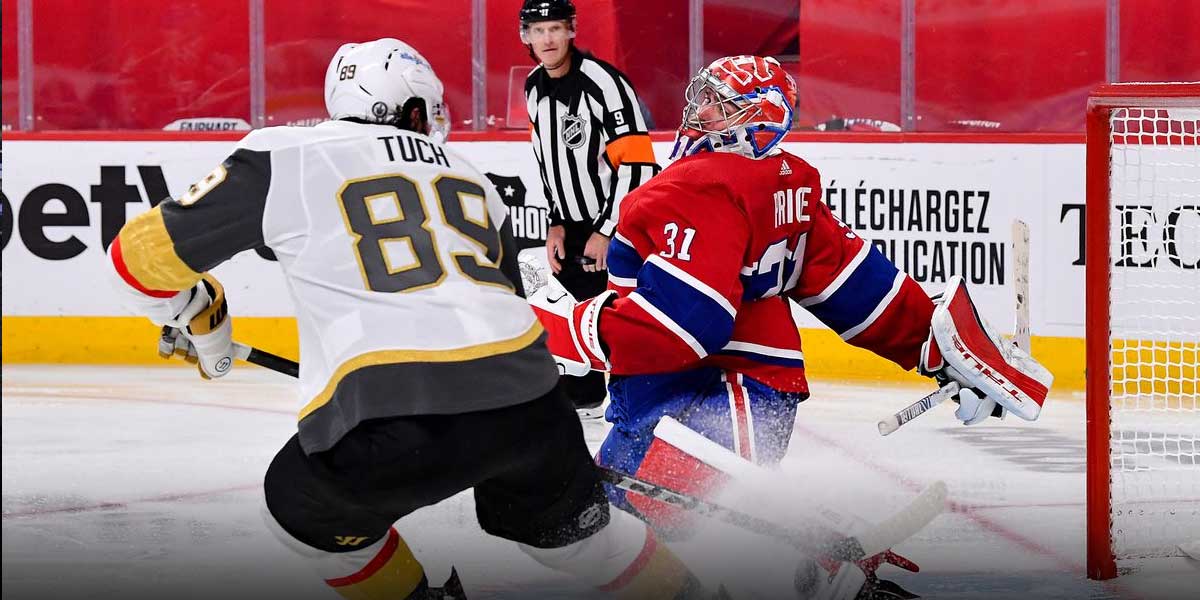 LAS VEGAS – The NHL Stanley Cup Playoffs are coming down to the wire with the series between the Montreal Canadiens and the Vegas Golden Knights tied at two games apiece.

Game 5 is set for Tuesday night, where the major online sportsbooks are giving Vegas a big advantage on the betting board to take the lead in the series.

The puck drops at 9 p.m. EST in Las Vegas, and bettors are looking at every available option for this pivotal playoff showdown but a Marc-Andre Fleury prop takes notice.

The juice for -165 might be worth the price in this wager with Marc-Andre Fleury in goal for the Knights.

In his last 10 games in goal, Fleury has allowed at least two goals in eight of those games.

Coach Peter DeBoar has been known to switch between goalies at interesting times over the years, but will likely go with Fleury in the net on Tuesday.

His decision to go with Robin Lehner on Sunday likely saved the Knights season, but it will be another big decision to see who can be the hero for the Knights in Game 5.

Despite being the massive underdog in Game 5, the Canadiens came up just short in Game 4 in overtime losing 2-1.

Additionally, there is an increased payout for a winner in regulation due to the last two games of the series going into overtime.

This three-way moneyline is for a result in regulation. This means that a bettors could back the Canadiens at +290 to win in regulation, while also sprinkling a small amount on the Draw line at +320 in case the game does go to extra time once again.

This way, the bettor would receive a solid payout for any result other than Vegas winning in regulation time.