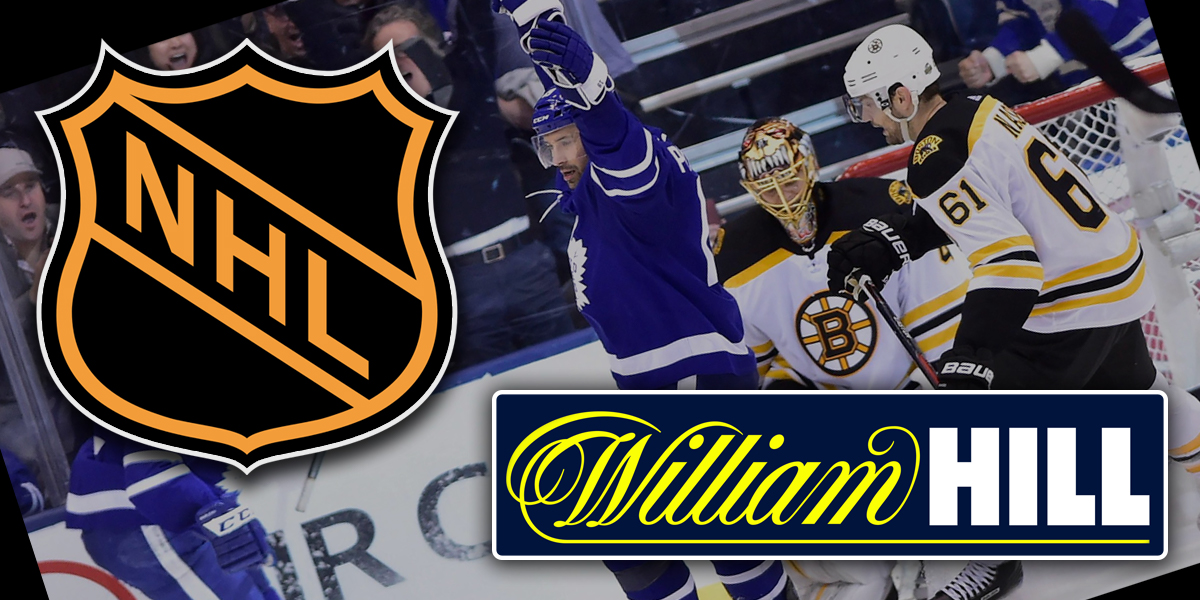 BALTIMORE, Md. – William Hill is now an official partner of the NHL. This marks the NHL’s third sports betting partner. The NHL has also partnered with FanDuel and MGM within the last six months. The NHL and William Hill are working together to elevate the NHL’s presence in sports betting.

Details Of The Deal

The main detail about this deal involves marketing. William Hill is now allowed to use NHL brands and promotional media in their sportsbooks around the country.This will give William Hill a stronger presence compared to other sportsbooks. This is thanks to NHL branding.

This will allow the NHL to generate marketing revenue from William Hill. The NHL promotion at William Hill sportsbooks have already increased sports bets on hockey games. In March, the two companies first announced their partnership. Since then, there has been a 38-percent increase in NHL betting handle.

The partnership between the two companies does not include selling exclusive data. The partnership between MGM and NHL includes access to the Puck and Player tracking data. Puck and Player are trackers placed on pucks and players during a game. This will allow for more accurate data to use for live bets. William Hill and the NHL have not come to an agreement about the usage of the data.

“[That is] something that they can set monopoly pricing on, which is not a particularly attractive thing for a commercial actor like we are,” said William Hill US CEO Joe Asher.

USAOnlineSportsbooks.com knowss the hockey league was once one of the lead defenders of PAPSA, however NHL Commissioner Garry Bettman is now leading the league into sports betting for further fan engagement.