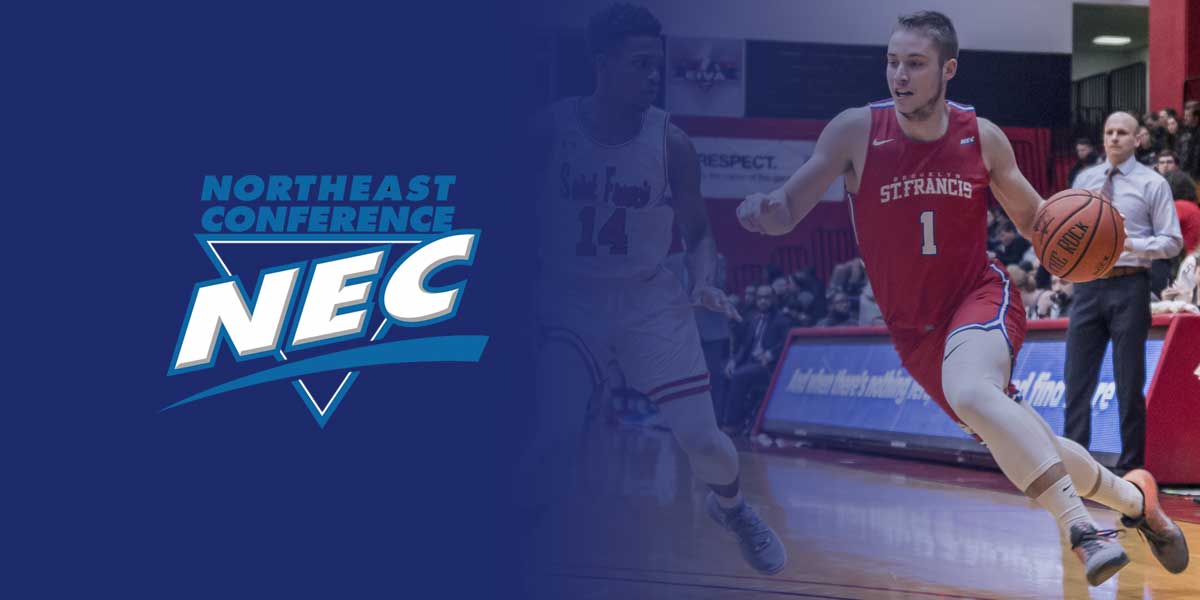 LORETTO, Pa. - The Northeast Conference tournament odds are set and tip-off is tonight. The St. Francis Red Flash will be looking to continue their strong play while Robert Morris will look to match them in the tournament.

The Sacred Heart Pioneers will look to prove the online sportsbooks wrong. The Long Island Sharks are looking to surprise people in the tournament by pulling off an upset.

The St. Francis Red Flash have had a great season. They went 13-5 in conference play and 20-9 overall. They are a high scoring team as all 20 of their wins have come with 70 or more points. Ten of their wins came with a double-digit margin.

They have a great backcourt duo in Isaiah Blackmon and Keith Braxton. Both of them could score as Blackmon leads the team with 19.2 ppg and Braxton close behind at 17.2 ppg. Surprisingly for being two guards, they are the teams’ top two rebounders as well. Braxton leads the team with 7.5 rpg and Blackmon with 5.4 rpg.

The duo is looking to continue leading the Red Flash to a conference title. Unfortunately, there is not much of a case here for a March Madness appearance. They lead the odds list at +140.

The Robert Morris Colonials could very well match St. Francis as they have the same conference record at 13-5. However, the Colonials overall record is an average 17-14. They made a late push towards the end of the season going 8-3 in their last 11 games.

They don’t really have a go-to player on the roster but they are a very deep team. Seven players on their roster average 20 or more minutes. Their top two scorers are Josh Williams (13.5) and AJ Bramah (12.6).

Being that they have a worse record than St. Francis, there is no shot this team makes the NCAA Tournament so college basketball bettors. shouldn’t bet on that Their odds are a close second at +150.

Sacred Heart had a decent season as they went 12-6 during conference play and 19-12 overall. They finished the regular season strong going 9-3 in their last 12 games. They also have a deep team with six guys getting 20 or more minutes a night and 10 players playing a night also.

The Sharks could be seen as a dark horse team in the tournament. They went 9-9 in conference play and 14-17 overall. They had an inconsistent season but their conference play did get a little better. They did have a remarkable win over St. Francis.

Raiquan Clark has been having a career year as a senior on this team. He leads the team in scoring with 19.9 ppg and also averages 7.5 rpg. His running mate, Tyrn Flowers is second in points with 14.2 ppg and leads the team in rebounds with 9.9 rpg. Their odds of winning the tournament are sitting at a +1400.