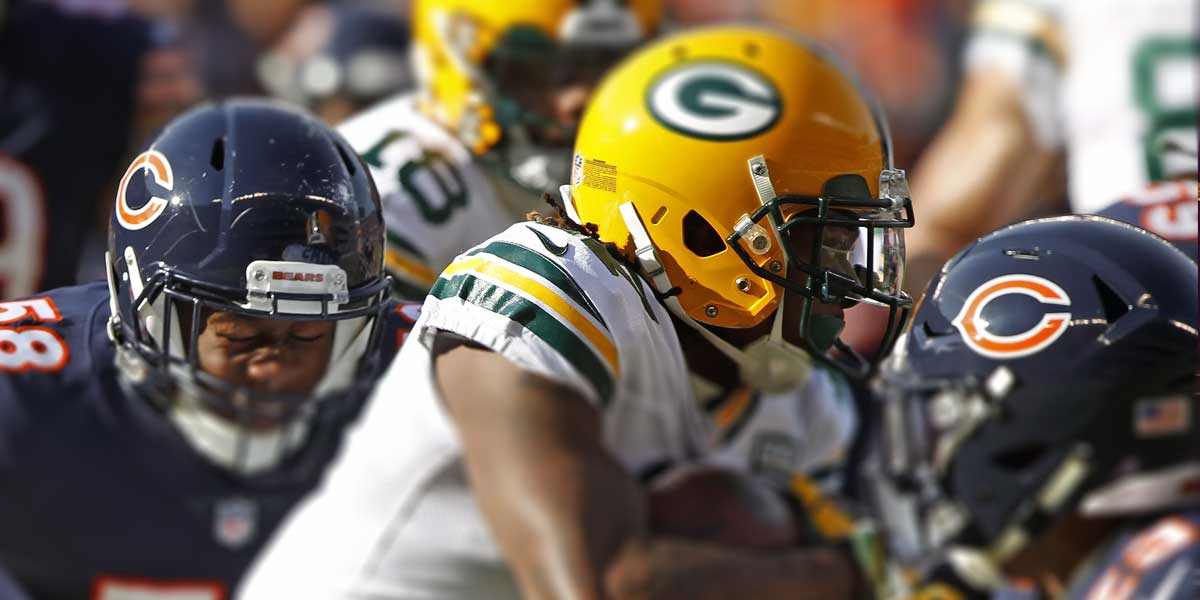 TALLAHASSEE, Fla - With the NFL season slated to Kickoff Thursday, here are some of the key matchups going into Week 1 along with the spreads for those games.

Aaron Rodgers will have one of his toughest matchups of the season in Week 1. Not only does he have a new head coach in Matt LeFleur installing a new offense for the Packers, but he also has Khalil Mack and the Chicago Bears top-ranked defense to worry about.

In their first matchup last season, Mack had a sack, a forced fumble, a fumble recovery, and an interception return for a touchdown in the first half as the Bears took a stunning 17-0 lead. But the Bears blew a 20-0 lead and lost 24-23, overcome by the heroics of Aaron Rodgers. In the second game, Mack would sack Rodgers 2.5 times as the Bears won 24-17. Rodgers will have to manufacture a way for the Packers to win this game more than likely, as the Bears are -3 favorites at US sportsbooks.

On the other hand, Xavier Rhodes will likely be tasked with shadowing Jones in coverage making this a key matchup. Rhodes is coming off a down 2018 season where he suffered injuries to his groin and ankle. Covering Julio Jones is a big task for any cornerback Week 1, but if Rhodes does well it’d go a long way in reminding people why he should be considered one of the top corners in the league again. The Vikings are -4 favorites in this matchup of two teams that missed the playoffs last year and look to bounce back this season.

Tom Brady and the New England Patriots look to start the Super Bowl title defense off right as they get an early test against Ben Roethlisberger and the Pittsburgh Steelers. These future hall-of-fame quarterbacks combine for a total of eight Super Bowl championships. Tom Brady will start this season without tight end Rob Gronkowski on the roster, and Roethlisberger finds himself without stars Le'Veon Bell and Antonio Brown. With a lot of changes happening between the two teams, all eyes will be on the quarterbacks to guide their teams to victory.

The Steelers are 1-5 ATS in their last six meetings against the Patriots. The contest could be one of the few Tom Brady vs. Ben Roethlisberger matchups we have left. The Patriots are -5.5 favorites at Gillette Stadium, where they are 16-0 SU in their last 16 games at home.

Tyreek Hill is one of the most explosive players in the NFL. He lines up across the field in numerous ways and can stretch opposing defenses with his speed. Hill had a career-high 1,479 receiving yards last year and looks to build on the rapport he made with NFL MVP Patrick Mahomes. In what could be a potential AFC playoff matchup, the Chiefs travel to Jacksonville to play Jalen Ramsey and the Jacksonville Jaguars. Ramsey looks to prove to the Jaguars why he should be the highest-paid cornerback in the NFL and locking up Tyreek Hill will certainly set the tone for the kind of year Ramsey hopes to have.

Last year, Hill caught four passes for 61 yards and ran the ball two times for 26 yards. Despite an average output from Hill, the Chiefs offense was still too much for the Jags defense as the Kansas City still won, 30-14. The Chiefs are -4 favorites over the Jags and the total has gone over in five of Kansas City's last five games on the road.

Cam Newton looks to start this season off healthy after recovering from offseason shoulder surgery and from a midfoot injury sustained in his preseason debut against the Patriots. It won’t be an easy start to the season for Newton and the Panthers because the Los Angeles Rams with last year’s NFL sack leader Aaron Donald are ready to defend their NFC championship title on the road. Donald will be causing problems along the Panthers offensive line all game. The Rams are -2.5 favorites in this game, as Cam Newton and Christian McCaffrey should make this game come down to the wire.