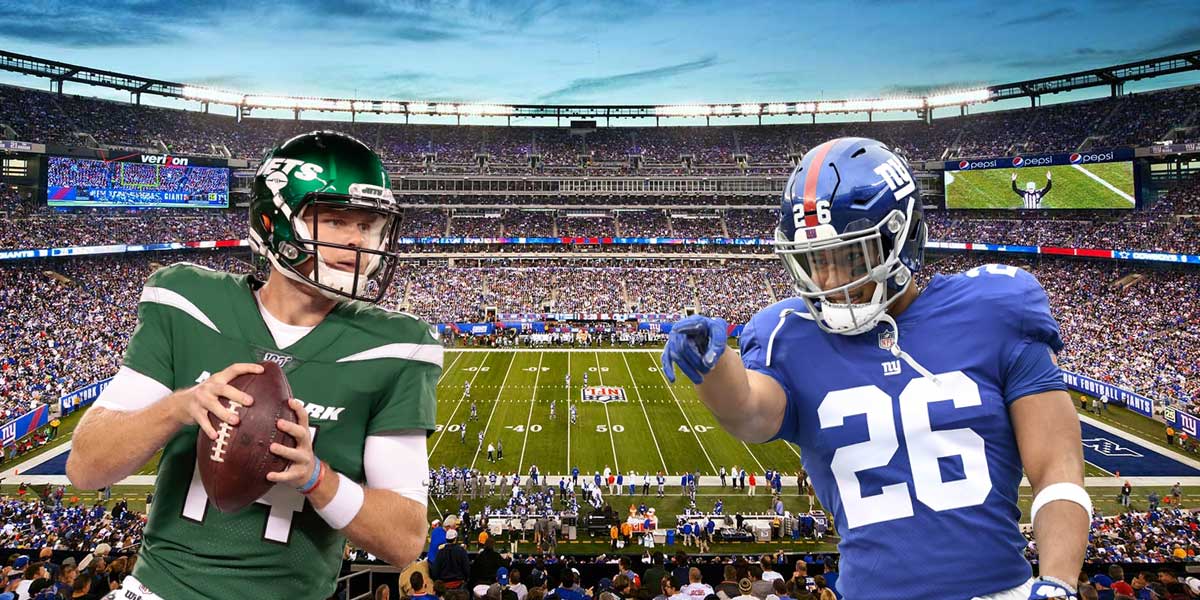 EAST RUTHERFORD, N.J. – Bet with your head and not your heart. This rule is considered rule number one when it comes to sports betting, yet people never seem to listen to it. Between the superstition of some about betting on their team to create success, or just the desire to win money alongside their favorite squad, it does not matter.

The most recent example of this came by way of FanDuel Sportsbook's NFL Data Update provided by FanDuel’s Director of Publicity, Kevin Hennessy.

Through the numbers, FanDuel released the percentage of bets on the moneyline as well as the spread for every NFL Week 1 game.

FanDuel’s first location was established at the Meadowlands Racetrack – the home to both the Giants and Jets. In no surprise, the bettors at FanDuel took a lot of action on the two New York football teams.

The Cowboys were 7-point favorites in this game, were at home, and had just recently signed Ezekiel Elliott to a contract extension. In short, all signs pointed to the Cowboys winning the matchup.

That didn’t stop FanDuel bettors from laying 87% of the total bets on the Giants moneyline. For the betting handle, the Giants’ bettors were responsible for 90% of the total for this game.

This outrageous one-sided action is a clear-cut example of bettors just putting in a wager on their favorite team without the belief they will win the game. It is easy to wager on your favorite squad, but remember, watching the sportsbook take your money when your team loses is a “lower-low” than the “higher-high” associated with winning a bet alongside your team winning the game.

Even on the spread, bettors took action on the Giants, which is a little more reasonable. The touchdown spread can seem to be a lot in a rivalry game, especially when 11 of the past 14 Giants-Cowboys games have been decided by seven points or less.

Still, that didn’t stop New York Giants bettors, who laid 79% of the bets on the Giants +7, accounting for 84% of the handle.

The trend continued for the home team New York Jets, though this one has a slightly different story. Here, the Jets (-2.5) were favored, so the excuse is there that bettors were simply taking the home team with the points.

On the moneyline, 68% of the total bets were in favor of the Jets but this made up 89% of the betting handle for the game. This is a strong indication that bettors were betting large on the home team, as the 32% of bets associated with the Bills totaled up to a measly 11% of the handle.

USAOnlineSportsbooks.com thinks no matter what the situation, the opponent or the home squad, it is believed that trends like these will continue, until bettors realize their mistakes.

At FanDuel Sportsbook in New Jersey, the Jets (+3, -135) are the underdogs against the Cleveland Browns for Week 2. However, the -135 odds associated with the wager is proving that bettors are already heavily betting on this side of the line (as -110 odds are standard). The Jets moneyline (+124) is only slightly better than even odds, so it will be interesting to see how these numbers change heading into Sunday night.

If you’re still in awe about the numbers involving betting on the local teams, take the Super Bowl LIV odds as the last example.

Here, the New York Jets come in as the third most wagered-on team to win the Super Bowl at FanDuel Sportsbook. The 6.3% of total bets also accounts for the fourth-highest handle total of the 32 NFL teams.

At the end of the season, it is likely the Jets will not be the one hoisting the Lombardi Trophy. It has been nine years since the Jets have made the playoffs and over 50 years since they last won the Super Bowl. With this, remember to refrain from being like Giants or Jets fand did in Week 1, and always bet with your head and not your heart.