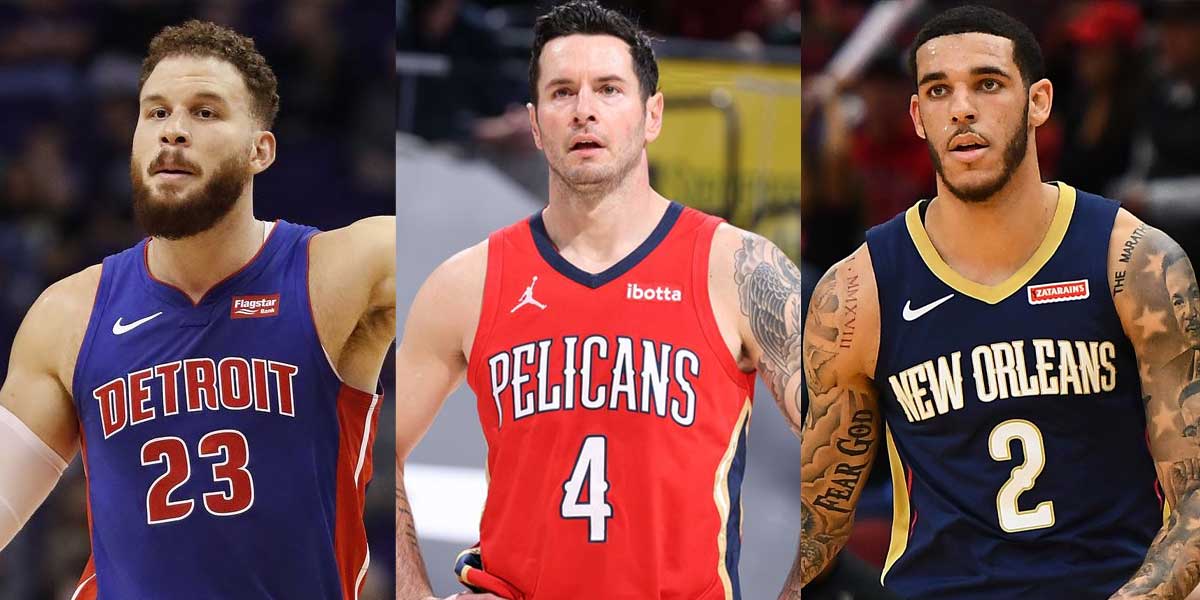 NEW ORLEANS—With the first half of the NBA season coming to a close, it is time for teams to start looking ahead to the trade deadline which is just a month away. There have been many players linked to trade rumors which could lead to some players getting moved.

Online sportsbooks have betting odds on if players will be traded before the trade deadline or not. Odds are favoring that Blake Griffin and JJ Redick will be moved but have EVEN odds for Lonzo Ball to be traded.

Blake Griffin On The Move

Will Blake Griffin Be Traded Before Deadline?

Starting with Blake Griffin, he has been linked to so many trade rumors and rightfully so as the Detroit Pistons have opted to sit him until they can figure out a trade. With that said, there is no secret as to why his NBA odds favor him being moved.

However, there are some obstacles that the Pistons are facing. One major roadblock here is his enormous contract where he is making close to $37 million this year and has a player option to make close to $39 million next season. This could play a huge role considering that Griffin’s career has sort of fallen off recently as prior to him being benched, he was averaging just 12.3 ppg, 5.2 rpg and 3.9 apg.

With Griffin not living up to his giant contract, it would not be a surprise if he is not traded either. That being said, bettors looking to make a little extra money, could do so betting on him staying put.

JJ Redick On The Way Out

Will JJ Redick Be Traded Before Deadline?

For JJ Redick it is not a matter of if he will be traded at this point, it is a matter of when and where he will end up. Redick has been linked to different trade rumors, especially to teams in the Atlantic Division. The strongest rumors have been to his former team, the Philadelphia 76ers, but reports have recently come out that Redick does not want to end up back in Philly.

New rumors have been coming up that Redick would be interested in joining either the Brooklyn Nets or New York Knicks as well in order to be closer to home.

Something else that backs up Redick being moved is that his minutes have slowly but surely been going down in order to get the younger players playing time. Players such as Josh Hart and Nickeil Alexander-Walker who are putting up better numbers.

All in all, it will be up to the Pelicans where Redick will move on to, but bettors can expect a trade to happen here.

To Trade Or Not To Trade Lonzo

Will Lonzo Ball Be Traded Before Deadline?

Lonzo Ball has also been linked to a number of trade rumors as well. There were many questions surrounding whether or not he can be an asset to the Pelicans and if he could turn into a consistent player as well.

With Ball having progressed immensely since the trade rumors began and the Pelicans have been able to get on more of a winning trend, it is hard to believe that they will look to move Ball despite the rumors.