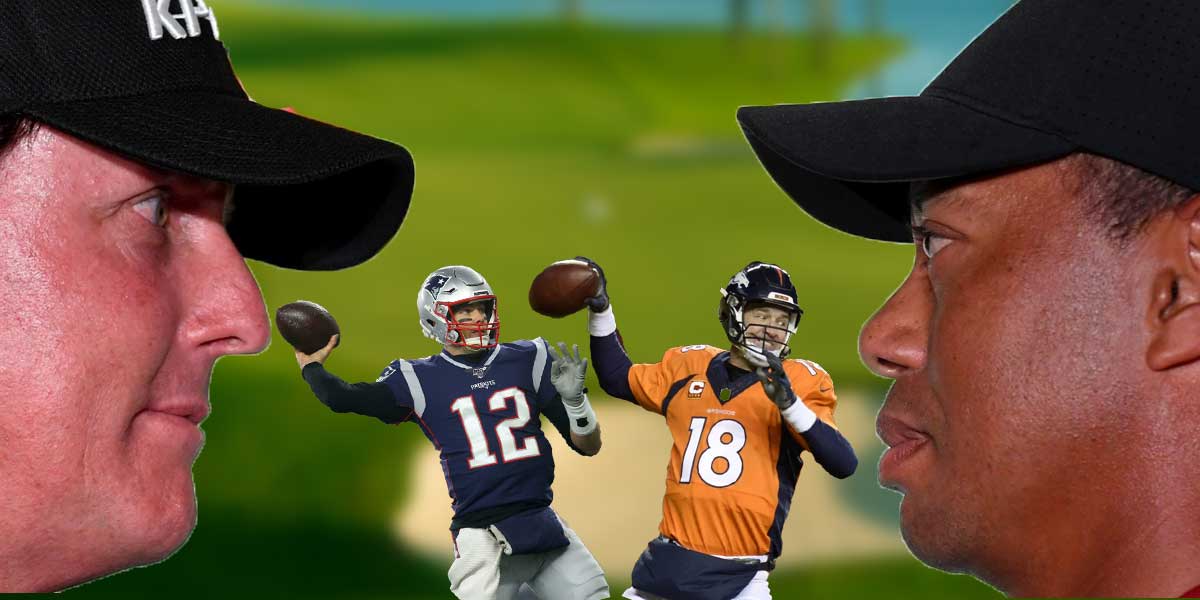 TALLAHASSEE, Fla. — Golf fans are in for a treat, as after tons of speculation, Tom Brady and Peyton Manning will be joining Tiger Woods and Phil Mickelson in a golf match.

As announced on Wednesday, Peyton Manning will be teaming up with Tiger Woods leaving Tom Brady to team up with Phil Mickelson. All of the efforts from the event will go towards coronavirus relief.

With the PGA Tour having suspended, canceled, or postponed events in the past month, this will be a welcomed event for those betting on golf everywhere.

The Match: Champions For Charity

With the teams being set for the charity event, the rivalry between these four players continues. Tiger Woods currently leads the rivalry here having a total of 82 PGA Tour wins while Phil Mickelson has just 44 wins.

Tom Brady and Peyton manning are no strangers to big events either, as both have won multiple Super Bowls. Brady has six Super Bowls under his belt against Manning’s two. It is also Brady who leads the head-to-head series at 11-6.

Leading up to the event, the trash talk has already begun as both Phil Mickelson and Tom Brady have initiated it.

After feeling the sting of defeat the first time around, Looks like @TigerWoods is bringing a ringer to The Match (#PeytonManning).

In his tweet, Mickelson is referring to their match back in 2018 in Las Vegas where Mickelson was victorious over Woods on the 22nd hole and won a $9 million prize. After Mickelson let loose on Twitter, it did not take long for Tom Brady to join in either.

Never had much of a hard time beating the colts or a tiger, don’t see this time being much different... https://t.co/dNP3rphybt pic.twitter.com/jBXeg3UGXs

Online sportsbooks have already released odds for the event. The odds to win the event are in favor of Tiger Woods and Peyton Manning at -200 while Phil Mickelson and Tom Brady’s odds are sitting at +160. This is expected as Mickelson holds the advantage over Woods from their last match and Woods will be looking for revenge.