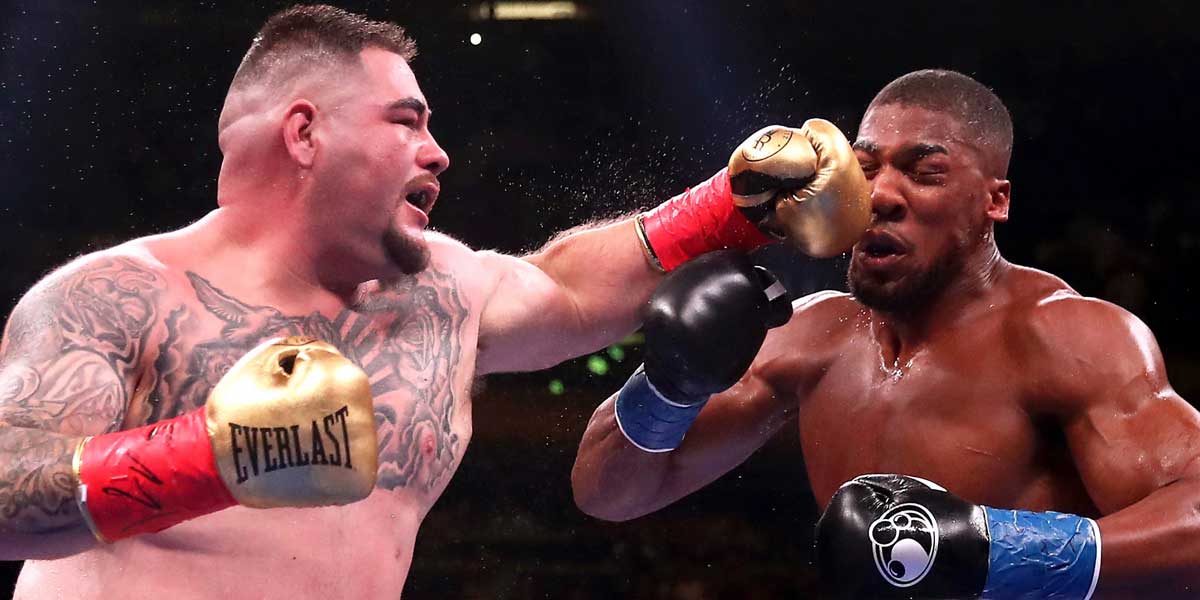 LAS VEGAS – Three of the four heavyweight titles for the undisputed belt are at stake in the rematch between Anthony Joshua (22-1-0) and Andy Ruiz Jr. (33-1-0). The fight will take place in the Diriyah Arena in Saudi Arabia at 4 p.m. ET on Saturday.

The combined purse for the fight will equal the fourth-highest payout in boxing history as Joshua will earn $85.7 million dollars while Ruiz will bring in just $10 million.

In the first fight between these two boxers, Ruiz took the WBO, WBA, and IBF heavyweight belts away from Anthony Joshua by knocking him out in the seventh round. In one of the biggest upsets in recent memory, Ruiz was a +1200 underdog at sportsbooks going into the first fight.

Not only did Ruiz hand Joshua the first loss of his career with the knockout, he also became the first heavyweight champion of Mexican descent.

Ruiz will now have to defend those titles against Joshua in a rematch where sportsbooks in the US have him as an underdog yet again with +175 odds. Those odds aren’t as long as they were the first time these boxers fought, and Ruiz cannot be counted out in the rematch.

Joshua is the favorite listed at -225 odds to win back his three heavyweight titles. Joshua will have to prove to the boxing world that his first loss to Ruiz was a fluke and a convincing win here would keep Joshua in the conversation for one of the best heavyweight boxers.

The best bet in this fight is to take the underdog Andy Ruiz. He has the power to end the fight with just one punch and in the first fight he knocked down Joshua four times. Ruiz will fight the same way he did in the first matchup and if Joshua doesn’t come out aggressive he’ll fall short of regaining his heavyweight titles.

Why Boxing Needed This Rematch

The heavyweight division going through a resurgence in talent and popularity. This fight will be important for the undisputed championship picture as the winner of Joshua-Ruiz will likely fight the winner of the Tyson Fury vs. Deontay Wilder rematch.

The winner of the Fury-Wilder rematch will have the remaining title belt that would allow one boxer to become the undisputed heavyweight champion.

In what will be an exciting end to the boxing year, the Ruiz-Joshua rematch will be one of the first major fights we’ll see before heading into 2020. In order to crown an undisputed champion in the upcoming year boxing needed this rematch to happen.