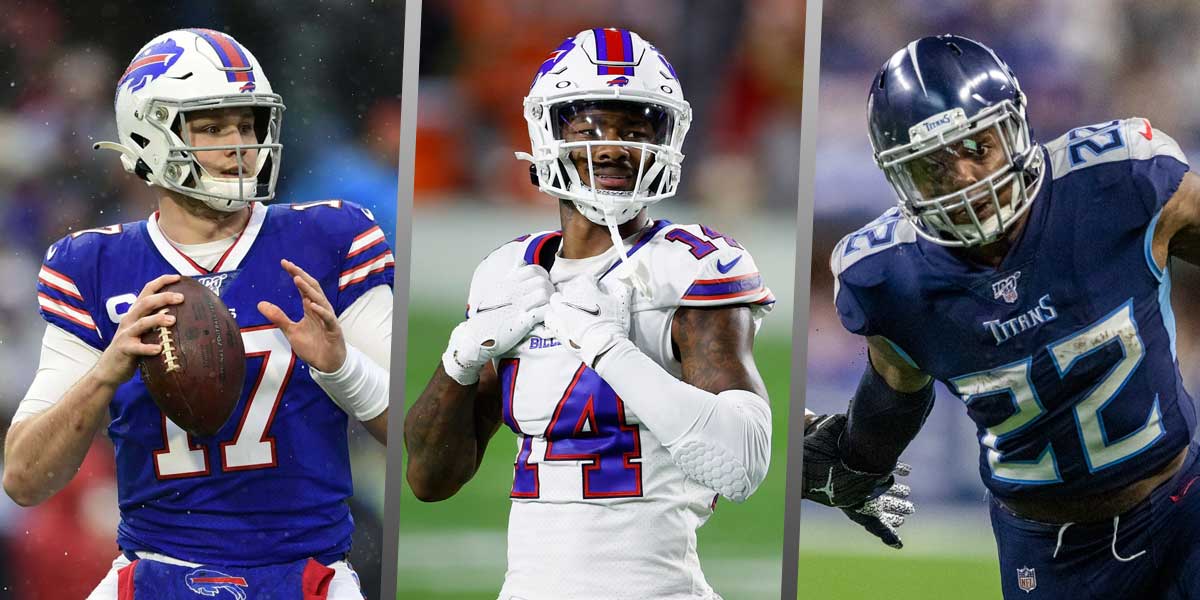 LAS VEGAS - The NFL’s Wild Card weekend is here and that means it is time for one of the most exciting slate of games on the entire NFL schedule.

This year, six games will be played over Saturday and Sunday to decide the final eight teams that advance to the divisional round.

Matchups like the Baltimore Ravens against the Tennessee Titans and the Cleveland Browns taking on the Pittsburgh Steelers have bettors eyeing the best possible wager lines ahead of the weekend.

This time of the year, all of the major online sportsbooks are offering hundreds of unique and profitable prop bets. One of the biggest platforms in Bovada is offering a prop bet that asks which player will lead the weekend in major statistical categories.

Looking at the odds for each category presents some valuable betting opportunities for NFL fans.

Looking at the list of quarterbacks in the first round of the playoffs, there is still plenty of value at the top of the board.

While both Buffalo and Tampa Bay face top 10 defenses in Indianapolis and Washington respectfully, that hasn’t been a problem for either Josh Allen (+175) or Tom Brady (+200) so far this season.

Similarly, Tom Brady of the Bucs has done well against talented defensive units in 2020 on his quest to return to the Super Bowl. Against the No. 10 overall defense of the Los Angeles Chargers, Brady went for 369 and five touchdowns.

The Washington Football Team is currently the No. 2 overall defense in terms of yards allowed.

Over to the receiving category where there are many more options to work with, with a much greater pool of possible winners.

Coming in as the favorite is Bills’ receiver Stefon Diggs at +250, who should be the first option considered regardless of his position on the board.

Getting positive money for a guy like Diggs is worth the price considering the level of performance he has been producing through his connection with Josh Allen. Diggs leads the NFL in catches (127) and receiving yards (1,535) and has found the endzone eight times this season.

Even in a down day against the Miami Dolphins, Diggs still had seven catches for 76 yards. The guy is a magnet for the football and is peaking at the right time heading into the playoffs.

Outside of Diggs, there is some value on Seattle’s DK Metcalf (+700), but a huge opportunity for Bucs’ receiver Chris Godwin (+1500).

Godwin could be poised for a huge day following a concerning injury to Mike Evans. In the first quarter of Sunday’s game against the Atlanta Falcons, Evans went down with a knee issue right after eclipsing the 1000-yard mark for the season. Coach Bruce Arians has him listed as day-to-day, but an absence could mean a big day for Godwin.

Over to the running backs where it appears to be Derrick Henry versus the field. This is for good reason, as El Tractorcito just went off for 250 yards against the Houston Texans and passed the 2,000 yards rushing mark for the season.

While Henry could be the obvious choice here, NFL prop bettors can take a shot on someone like Jonathan Taylor at +325. Taylor finished third in rushing this season and just ripped apart the Jaguars for 253 of his own yards on Sunday.

Other options include a sneaky Lamar Jackson pick at +1700, as well as Alvin Kamara at +2000. Of course, both pose big downsides, as Jackson tends to be hit or miss with the run game, and Kamara likes to get his work through the passing game.