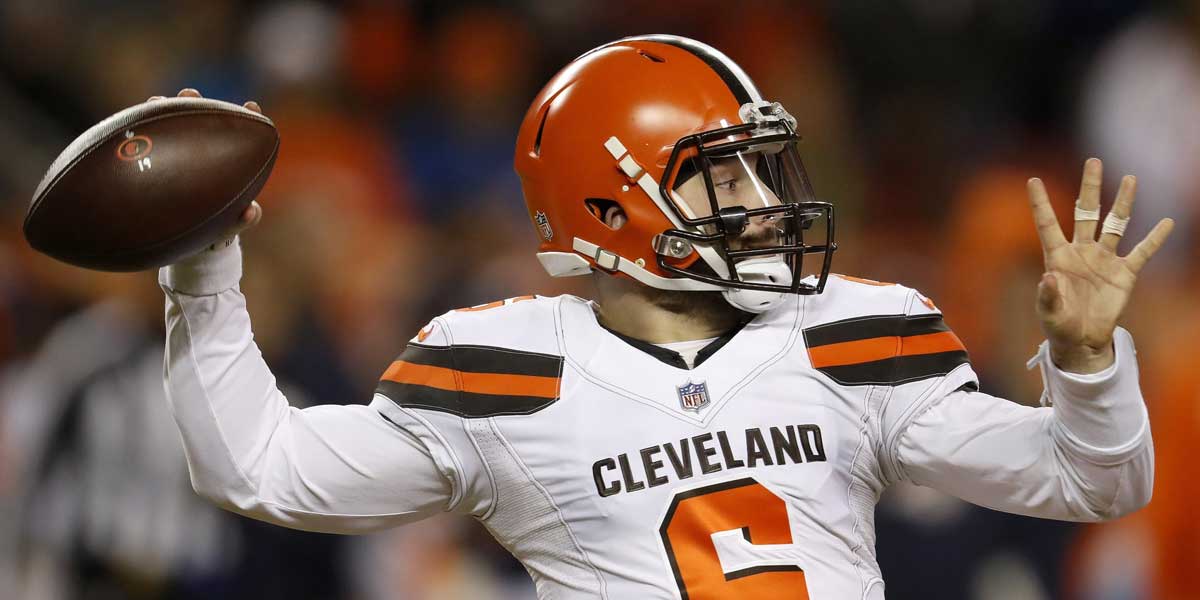 CLEVELAND – Odds for the Cleveland Browns to attain any success this season notably shot up after acquiring All-Pro wide receiver Odell Beckham Jr. in a blockbuster trade with the New York Giants this past March. But, those odds increased for one Brown’s player specifically, Quarter Back Baker Mayfield.

After the first two days of minicamp earlier this week, Beckham was quick to tout his new quarterback’s arm strength and capabilities.

“He’s throwing that ball hard. Just catching from the first day, it was like, ‘Wow, this is completely different,’” he told ESPN reporters.

The Brown’s QB will be entering his second season in the NFL and his second year as the starter for the team. Last season, Mayfield finished with 3,725 total yards, 27 touchdowns, and 14 interceptions. He also finished as a finalist for the 2018 NFL Rookie of the Year award.

As of now, Baker Mayfield is set at (+1400) betting odds to win NFL MVP by online sports betting site, MyBookie.

While online sportsbooks in the USA don’t seem to favor Mayfield as much as other quarterbacks for this award, there is no doubting his potential to achieve the honor given the circumstances coming up this season.

According to USA Today, the Browns are ranked at 23rd in the league in terms of strength of schedule. The Browns have 10 home games, including a home game against the L.A. Rams on September 22, 2019.

The Browns are also fully loaded at the offensive skill positions. Baker Mayfield will not only have Odell Beckham Jr., Jarvis Landry, and David Njoku to throw the ball too, but he will also have Nick Chubb to hand the ball off too.

While having a decent running game doesn’t necessarily affect a quarterback’s stats directly, it helps to open up the offense for play-action passes and big TD receptions.

The Browns also signed running back Kareem Hunt over the offseason. Hunt, who led the league in rushing yards during his 2017 rookie season, will be available after his suspension for the first 8 games of the 2019 season.

“Seeing Baker, seeing this offense, I feel like this team is going to really come together,” said Beckham Jr.

By having a slew of weapons around him, a new head coach on the sidelines, and a relatively easy schedule, there’s no wonder why Mayfield is undoubtedly a dark horse to win the NFL MVP.