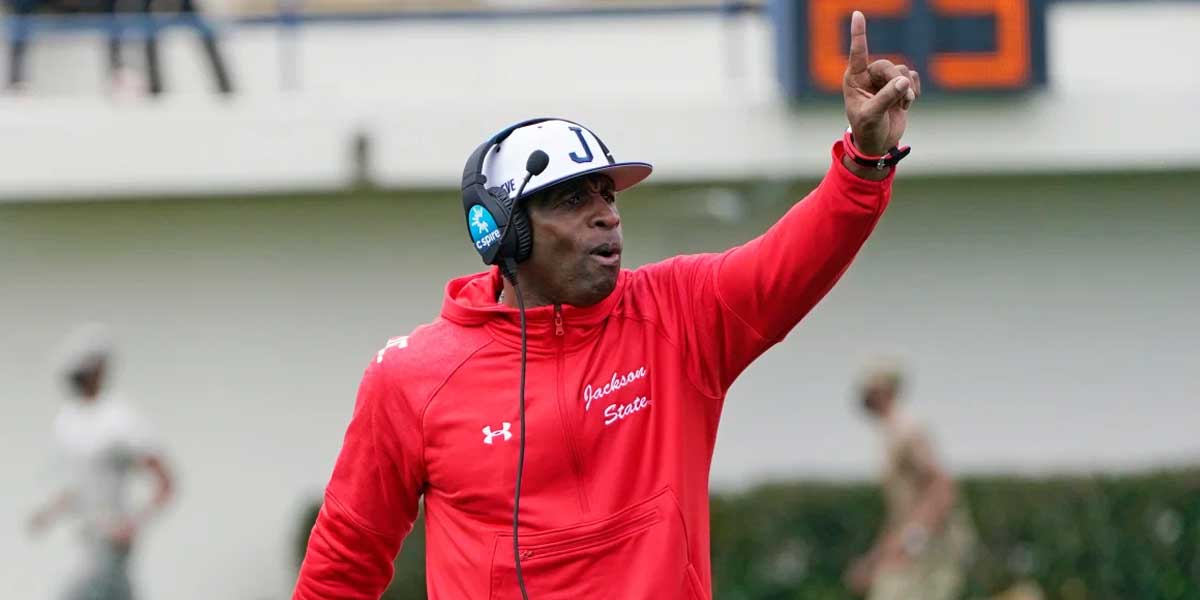 The JSU Tigers defeated Edwards Waters College 53-0 in the first game of the season and the win has raised questions throughout the nation on where Deion Sanders could be headed next after Jackson State.

WE WENT FOR 50 🥶#IBelieve pic.twitter.com/0Ky7W7ZcrA

Even after just one game on the sidelines at Jackson State, depending on how his first season goes Sanders could have a slew teams clamoring for his services. Bovada has listed betting odds on which team Primetime could be heading to after JSU’s seven-game schedule.

Looking over these College Football betting odds the Louisville Cardinals are the team with the shortest odds at +2800 to land Primetime as their next head coach. The Cardinals have had Scott Satterfield as their head coach since 2019, Satterfield and Louisville have enjoyed success in their short time together but bringing in Deion Sanders would immediately put the program on the map for recruits around the country.

Despite the long-shot odds on every option on the oddsboard Sanders to leave Jackson State he very well could stay put until the opening he finds the right opportunity for him. One team that was left off the odds board was Sanders alma mater the Florida State Seminoles. Depending on how current Seminoles head coach Mike Norvell does in his second season Sanders could be positioning himself for that job down the road.

Nonetheless, Bovada has Deion not coaching a Division 1 Team in 2020 with the shortest odds at -100000. If Sanders has a stellar year in the SWAC and continues to get some of the top recruits to JSU, it’ll only be a matter of time before a D1 school comes calling.

The next time NCAA bettors will see the Jackson State team led by Deion Sanders take the field will be a March 6 SWAC conference showdown on the road against the Grambling State Tigers.