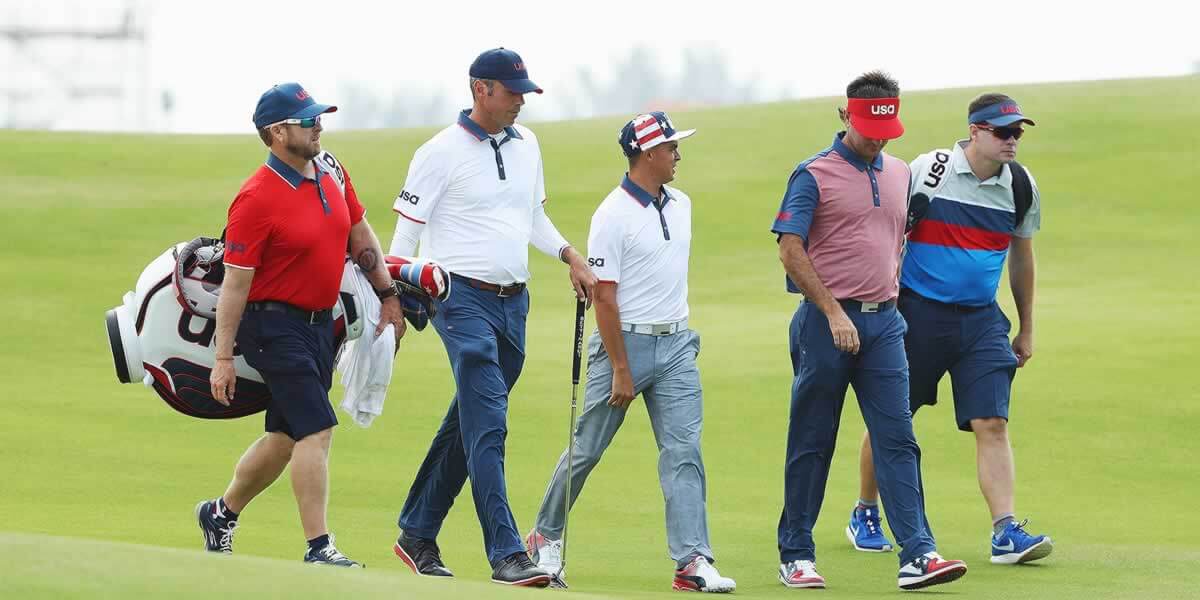 LAS VEGAS – With the Olympic Games being postponed from 2020 and 2021, odds are now available for who will make the second-ever golf Team USA.

Representing the United States of America is a massive honor for anyone, and there will be strong competition for who will make up Team USA in Tokyo.

Betting odds are now available via the major USA online sportsbooks for which American golfers will make up the team.

The leading candidate is Justin Thomas, who previously played for the US in the Ryder Cup. Fellow Americans Xander Schauffele, Collin Morikawa, and Dustin Johnson also all have favored odds.

The selection process for the 2021 Olympics is a re-ranking system called the Olympic Golf Rankings.

The US had four men’s players qualify in 2016: Bubba Watson, Rickie Fowler, Patrick Reed, and Matt Kuchar, with Kuchar winning the bronze medal.

Justin Thomas currently ranks in the top five of the World Golf Rankings, but bettors might be more excited about the possibility of a Dustin Johnson or Bryson DeChambeau at the games. DeChambeau won the 2020 US Open, with Johnson claiming his green jacket at the 2020 Masters.

Now, those looking to bet on golf at the 2021 Olympics will be able to choose who will be representing the Red White and Blue at the most popular online sportsbooks.