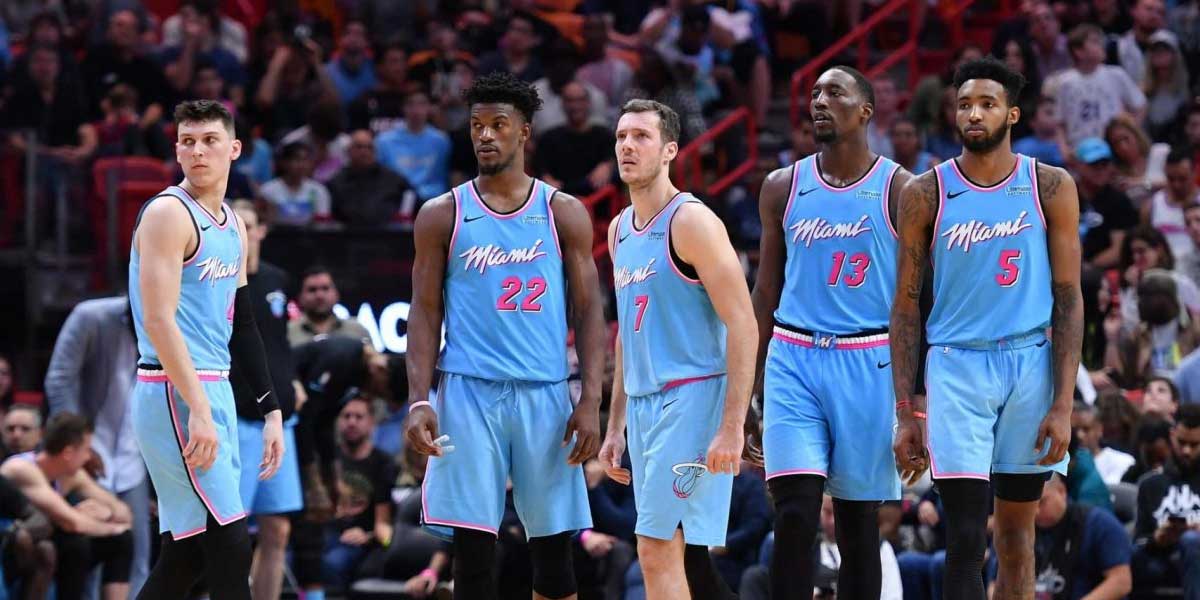 ORLANDO, Fla. – As NBA players begin to arrive in the NBA bubble in Orlando, bettors have been questioning if the Miami Heat should be considered a real contender to win both the NBA Championship or the Eastern Conference.

After signing Jimmy Butler in the offseason, the Miami Heat were looked at as a middle of the pack team as they opened up the Week 1 power rankings at Spot 14.

They have since far surpassed their expectations as they sit at Spot 8 in the power rankings with a 41-24 record.

Going into the NBA Bubble the Heat sit in fourth place in the Eastern Conference and if all stays the same, they are looking at a first-round matchup with the Indiana Pacers.

The Miami heat currently has +2500 odds to win the NBA Finals which are tied for eighth amongst the 22 teams in the bubble.

They also have +800 odds to win the Eastern Conference (fifth on the odds boards).

So Why The High Odds?

Any bettor that has been following the NBA should know that the Miami Heat are the real deal and that they can match up with just about anyone. The chemistry that Jimmy Butler has built, the emergence of Bam Adebayo as a star, and the diamonds in the rough in Duncan Robinson, Kendrick Nunn, and Tyler Herro should be more than enough for bettors to feel confident in placing a bet on the Miami Heat.

Interesting enough, the Heat have been able to contain Giannis Antetokounmpo the most this season. As he is averaging 29.6 ppg, 13.7 rpg and 5.8 apg over the season, he has put up the lowest points of any team he’s faced (21 ppg).

Not to mention that when he is guarded by Bam Adebayo, he has gone 8/23 on shot attempts.

The fact that the Heat can shut down arguably the best player in the league like that should be more than enough for bettors to feel confident with their bets.

When looking at emerging players, Adebayo should be at the top of the list across the NBA.

He has shown tremendous growth and is certain to continue growing and will showcase that growth in the NBA bubble.

All in all, bettors can take the chances here on the Heat to win the Eastern Conference or the NBA Finals, as they are not looking to back down to anyone.