Skip to content
USA Online Sportsbooks | Sports Betting | Odds Point To A Top Ten CBB Upset Tonight, But For Who? 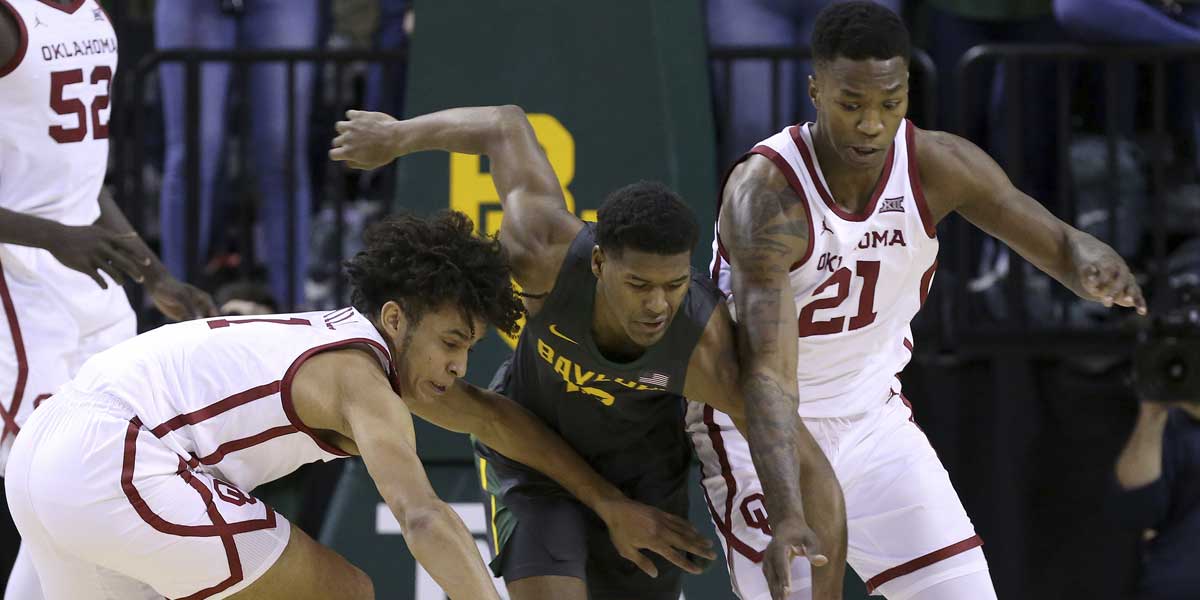 COLLEGE PARK, Md. - As March Madness is right around the corner, these last few games of the season mean a lot especially to those teams that are in the top 10.

For seeding purposes in the tournament, the top 10 teams will be looking to finish out strong as they look to make a run in March.

When betting on college basketball, fans have to expect that anything could happen as these teams leave it all out on the court. That is especially the case for huge underdogs that want to finish their season with a marquee victory.

Dayton has been playing at an incredibly high level this year as they are currently on a 14-game win streak. Tonight, they out that streak up against VCU who is having a decent season themselves. VCU will have the home-court advantage where they have a 12-5 record.

If Dayton wants to stay in the top 10, forward Obi Topin needs to continue getting the ball to the hoop where he averages 19.7 ppg.

Don’t take this the wrong way, Baylor has been ahead of the rest all season and did beat Oklahoma once already 61-57, but Oklahoma has been playing great when having home-court advantage all season as they are 11-1 at home.

If Oklahoma is clicking on all cylinders, they could pull off an upset with only a 3.5 point spread in Baylor’s favor.

Both Brady Manek and Kristian Doolittle on Oklahoma would need to continue their hot offense going into tonight’s game. Baylor is favored -175 while Oklahoma is at +155. It’s a close enough spread and odds where Oklahoma can realistically pull off an upset at home.

This is the most interesting matchup that could end in a realistic upset. These are the top two teams in the SEC with Kentucky having a 20-5 record and LSU close behind at 18-7. Although LSU is 0-2 against teams in the top 25, they will put on a show tonight as they are still fighting for the top spot in the SEC.

LSU is actually favored to win despite not being ranked against a top 10 team. LSU is a -145 favorite with a -2.5 spread while Kentucky is at +125.

Of the top 10 teams playing tonight, Florida State, Maryland and Penn State should not have anything to worry about as their consistent play will pay off tonight. The odds set by online sportsbooks reflect that as well.

Maryland fans have nothing to worry about here at all as they are on an 8-game win streak while Northwestern is on a 9-game losing streak. Not to mention that Northwestern is also 0-5 against teams in the top 25. There is a 14-point spread and -1500 odds to win in Maryland’s favor.

Illinois has been one of those confusing teams this season, but should not be tonight. They come into this matchup with Penn State and have lost four straight while Penn State is on an 8-game win streak. Illinois is 1-5 against teams in the top 25. Penn State is favored -280 while VCU is at +230.

This should be an interesting matchup, but as of late, Florida State has been on a tear while playing at home. They did, however, lose to Pitt the first game of the season. Since then, Pitt has been 0-3 against top 25 teams. FSU is currently undefeated at home this season.