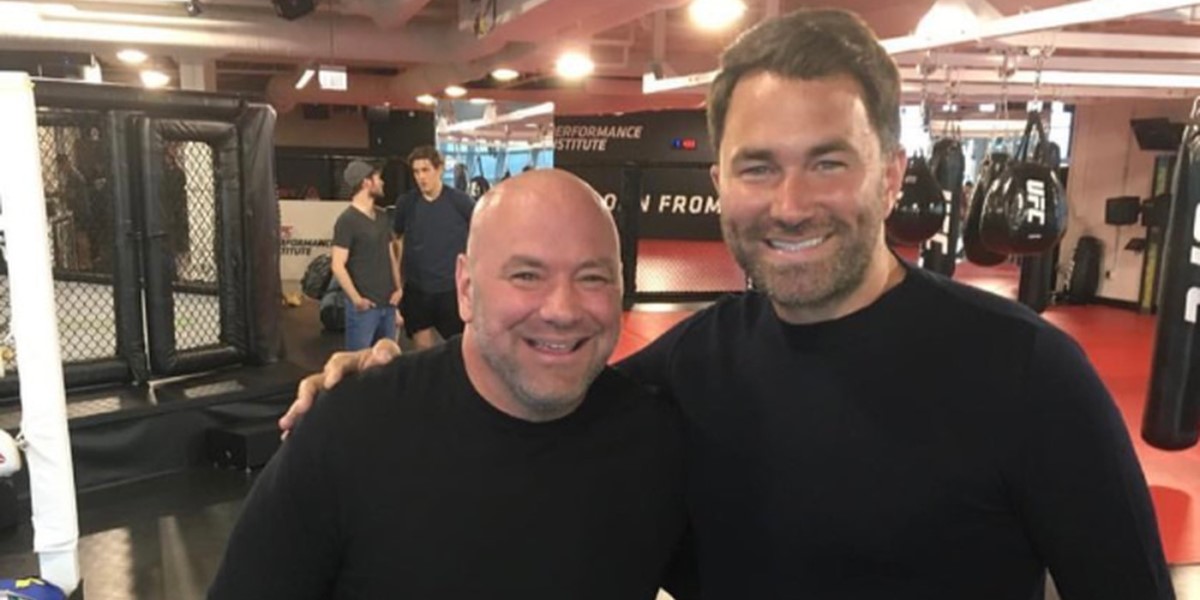 ORLANDO, Fla. - Boxing promoter Eddie Hearn is trying to team up with UFC boss Dana White for a new form of crossover fighting. But who would win in a bout between these two men? Sportsbooks are leaving it up to bettors to guess.

In the entertainment section of sports betting platforms like Bovada, there are wagers up for a fight that has not even been discussed yet that puts Hearn and White in the ring to face off against each other.

The Wager On The Table

The listing is for a “celebrity fight” because these two men are not professional fighters, just well-known names in the industry allowing them to be dubbed “celebrities.” Hearn (-130) is the favorite to win in this matchup while White (-110) would enter as the underdog for a victory.

If this really were a match of the crossover style fighting kind that Hearn is wanting to break into, then a factor that could sway in the direction of a winner would be whether the match was held in the cage or the ring.

If the fight was in the cage, White would easily have more of an edge as he is the most knowledgeable for this kind of fighting. If it were in the ring, that is where Hearn’s expertise lies. However, each of these men are businessmen, not professional fighters.

Should this match become a real event, plenty of preparation and practice would be required by the two to make it a worthy bout for viewers to watch and wager on.

Hearn and White have a ten-year age difference making it the likeliest reason why Hearn is the favorite to win by sportsbooks. That 10 years of youth on Hearn’s side would have people believe he is the more agile of the two, making for a better fighter to “float like a butterfly and sting like a bee.”

While there has been no talk of an actual matchup between these two celebrities, the wager remains on the table. And it would definitely be a great way to debut a potential crossover market partnership of the two fighting styles that fans have shown major interest in.