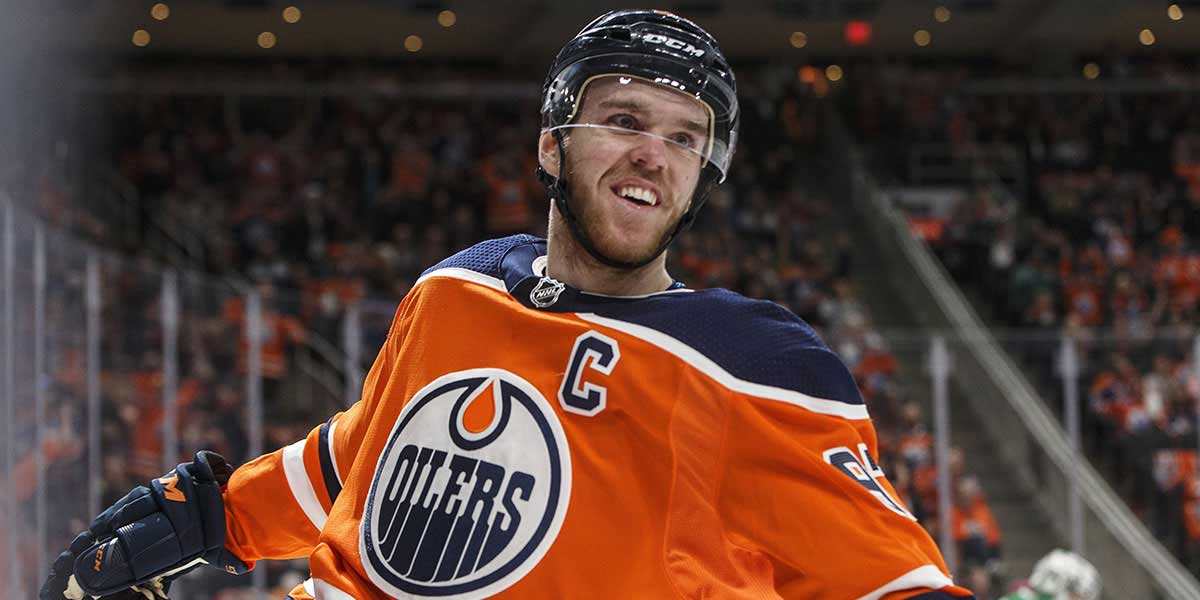 EDMONTON, Alberta – The annual NHL Hart Memorial Trophy is awarded to the best overall player in hockey, and in 2021, that has been Conor McDavid.

McDavid has led his Edmonton Oilers to a 25-15 record so far in 2021, and has been a dominant force on offense since the beginning of the season.

Now, betting odds are available via the major online sportsbooks that heavily favor McDavid to win his second Hart Memorial Trophy at the age of 24.

In 2021, McDavid has been simply dominant on the offensive end. He leads the NHL in points this season with 64, coming by 22 goals and 42 assists in just 38 games.

He has led the Oilers to one of their best seasons in recent years, as they are currently sitting second in the Scotia North Division, just four points behind the Toronto Maple Leafs.

McDavid is on pace to surpass his mark of 100 points in 2017, where he also won the Hart Memorial Trophy, scoring 30 goals and 70 assists.

Those looking to bet on the NHL should be weary of taking the next man on the board in Patrick Kane. Kane has come out and given his direct support for McDavid to win the Hart Memorial Trophy due to his play this season.

"I don't think anyone's going to really touch McDavid this year," said Kane. "He's just head and shoulders the best player in the League, and their team is having a great year. But at the same time, it's nice to hear those type of things. Usually it means your team is in a good position throughout the year as well."

While there is still plenty of hockey to be played this season, this award appears to have McDavid already etched on the nameplate.