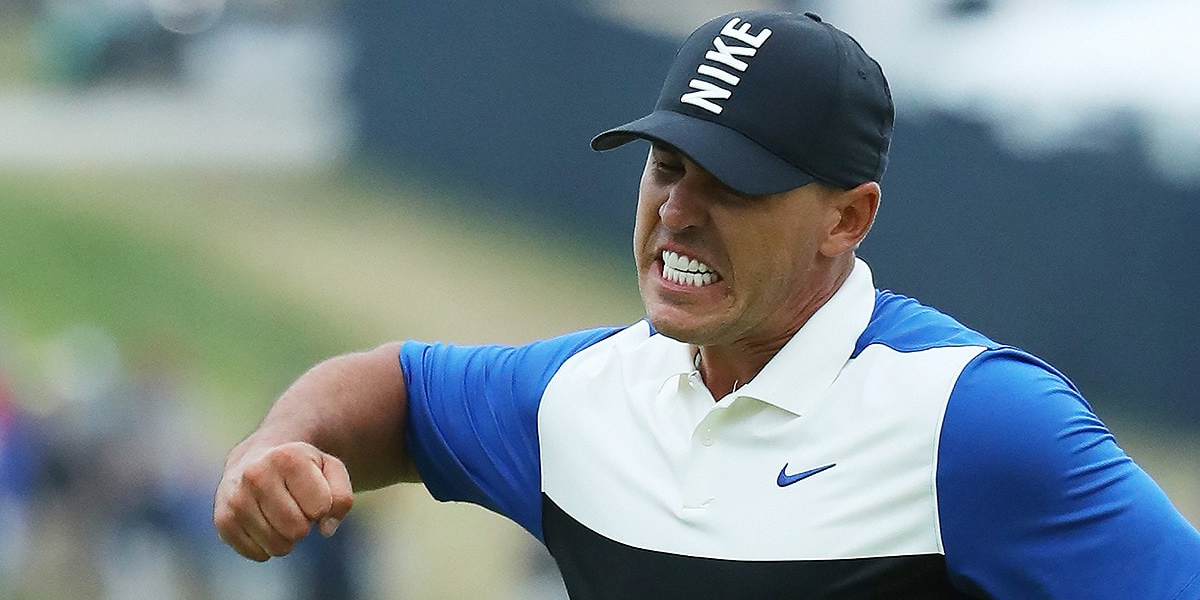 The golfer returned to the ranking of World No. 1, taking the position from Dustin Johnson.

Koepka is now also the favorite for the next three Major events. Now projected to win this year’s US Open (+700), this year’s Open Championship (+950), and next year’s Masters (+850), he has surpassed the odds for Dustin Johnson (US Open) and Tiger Woods (Open Championship and Masters).

This comes as no surprise to those familiar with the golfing scene, as Koepka’s past play has earned this bragging right.

According to the PGA, Koepka is the first golfer to hold back-to-back title in two different Majors, ever. A win at the US Open would make Koepka become the first golfer since the early 1900s to win three consecutive US Open Tournaments.

In terms of history, Brooks is certainly making it. He has finished no worse than 13th in his last 11 Majors while making the cut into the weekend every one of his last 20 attempts. Let’s see how he will fare in his three upcoming Tournaments:

Koepka is (+700) for the event that takes place at Pebble Beach. He has only played the course as a professional once (2016 AT&T Pebble Beach Pro-Am), finishing -10 for the event. Though he is the two-time reigning champion, his victories came at Shinnecock and Erin Hills. The course is only 7,000 yards but Koepka has proven he doesn’t only win on long courses.

Koepka is (+950) in the tournament overseas. The Royal Portrush Golf Club will host this year’s event, having golfers play their Dunluce Course. The tournaments away from the US have been a struggle for Koepka, who has only finished in the top 10 twice (2015 and 2017). He finished T39 last year but will look to improve on that mark immensely.

Finishing tied for second at the Masters this year, Koepka has steadily improved his performances in his four appearances. Finishing T33, T21, T11, and T2, Koepka will look to capture the title, after losing out to Tiger Woods in the final holes. Augusta is the place where the magic happens, so it is only fitting that Koepka is (+850) – favored to win the tournament.

Though a hangover is likely, Koepka seems to have to mind focused on the prize – Majors wins.

After his victory at the PGA Championship, Koepka told CNN: “I don’t see why I can’t get to double digits.”

But he’s not looking to accumulate all the glory yet.